Last week, the FTSE 100 saw a late upward rush as it closed at a new record high of 7,724.22 points. This was after a fresh record high at the end of the year, spurred by a rally in mining stocks and a healthcare burst. But how will FTSE kick off the year and will […] 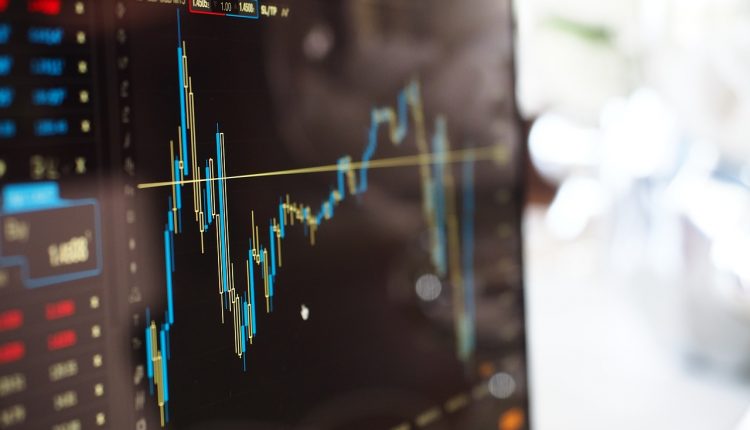 Last week, the FTSE 100 saw a late upward rush as it closed at a new record high of 7,724.22 points. This was after a fresh record high at the end of the year, spurred by a rally in mining stocks and a healthcare burst. But how will FTSE kick off the year and will it sustain its consistency in record highs throughout 2018?

According to some sources, the success of FTSE in 2018 will largely depend on the outcome of Brexit negotiations, although a rise in the pound may make it a mixed blessing. Below Finance Monthly has heard Your Thoughts, and listed several comments from top industry experts on this matter.

I believe the FTSE 100 will go above 8,000 in 2018. In part, this is due to the current political turmoil we are experiencing, with the incumbent UK government looking increasingly unstable as each week passes, an economy that seems to be lagging behind Europe on a relative basis, and the ongoing turbulence from Brexit.

However, all these factors are already known to investors and traders and so far, the FTSE has performed well despite these fears. For 2018, I believe the Brexit turmoil will increase dramatically as negotiations with Europe continue down an incredibly fractious route.

Two key factors contributing to the performance of the FTSE this year will be the global economy and movements in the pound. The improving global economic environment was an important driver of equity market performance in 2017 and many expect that to continue in 2018, with some potential headwinds having subsided over the last year. The FTSE 100 contains a large number of stocks that are global facing, rather than domestically reliant, and so the global economy is an important factor in its performance. Stronger economic performance is also typically associated with stronger commodity prices and with the FTSE having large exposure to these stocks, I would expect this to benefit the index.

The global exposure of the index also makes the FTSE sensitive to movements in the pound. After the Brexit vote, the FTSE continued to perform well as a weaker pound was favourable for earnings generated in other currencies. The pound has since gradually recovered in line with positive progress in Brexit negotiations and a more resilient UK economy. Should negotiations continue to make positive progress this may create a headwind for the index and offset some of the gains mentioned above. A negative turn for the negotiations though would likely weaken sterling and provide an additional positive for the index.

While many people are confident about the economy, Brexit negotiations are more uncertain and will have a significant impact on the index’s performance, as we have seen over the last 18 months.

We believe that the synchronised global growth and continued easy monetary policy should support global risk assets going forward. As such, equities should deliver a reasonable return over the next year, which will be the starting point for FTSE performance.

The deviation of FTSE performance around global equity performance will likely be a function of a few factors:

We feel that points 1 and 2 are neutral but point 3 is negative. As such, we expect the FTSE to deliver positive returns but likely underperform the MSCI World.

2017 ended the year strongly and is now around all-time highs. The 7% return and 4% dividend gain was better than most had hoped. But will this positive trend continue or will investors worry about the price?

The FTSE has performed strongly, because the global economy has done well. The FTSE is largely a collection of international conglomerates who happen to be based in the UK. The political mess has had little effect on the economic environment (fortunately!).

Strangely, a poor negotiation on Brexit will have a positive effect on the FTSE (if not the UK economy) as a large part of the earnings of the larger companies are overseas. Hence a fall in sterling will lead to a boost in earnings and hence push up the price of the FTSE.

Currently there is little reason to believe that the global economy, and hence corporate earnings, will not continue to do well in 2018. The current PE of the FTSE is not cheap at around the 18-20, and is without doubt above the long-term average of around 15-16. However, this is not excessive and could even support some negative surprises this year.

However, the underpinning of the current bull market has been dividend yields. The FTSE is currently offering 4% and is likely to increase over the coming year, with many of the large caps having excess liquidity. This is very attractive compared to other assets, particular as we shall be expecting higher rates in the future. The large number of income seekers are likely to increase the positions in the FTSE this year rather than reduce them.

The UK’s FTSE100 was reaching all-time record highs into the New Year, fuelled by a global wave of investor euphoria. 2018 was the best start to a year for S&P500 since 1999, marked by the Dow’s historic break above the psychological 25K handle.

All these technical new high breakouts are being supported by the highest level of upward earnings revisions since 2011, coupled with extreme levels of market optimism last seen at the peak of Black Monday 1987.

From a behavioural standpoint, it seems that analysts and investors are silencing tail-risk concerns in a precarious trade-off for fear of missing out on the party.

However, keep in mind that we still live in known unknown times; some major markets have not even had a 5% setback in 16 months and the VIX index is at new record lows.

Back to the FTSE100, all eyes remain on the next glass ceiling: 8000. While there is an increasing probability that the market will achieve this historic price target, we must also apply prudent risk management as the asymmetric risk of a violent correction remains.

The long-term 200-day average, currently at 7422, is key. Only a sustained confirmation back under here would signal a major cliff-drop ahead from very high altitudes. Brexit tail risk will more than likely continue to weigh heavily on it.