How Long Would It Take You to Earn the Same Salary as a Footballer?

Over the years, the astronomical earnings of top-flight footballers have been widely talked about. Considering, on average, a Premier League footballer earns 100 times more in a week than a UK employee – it’s easy to see why there is an underlying controversy. This debate inspired TicketGum.com to identify 25 England players who are in […] 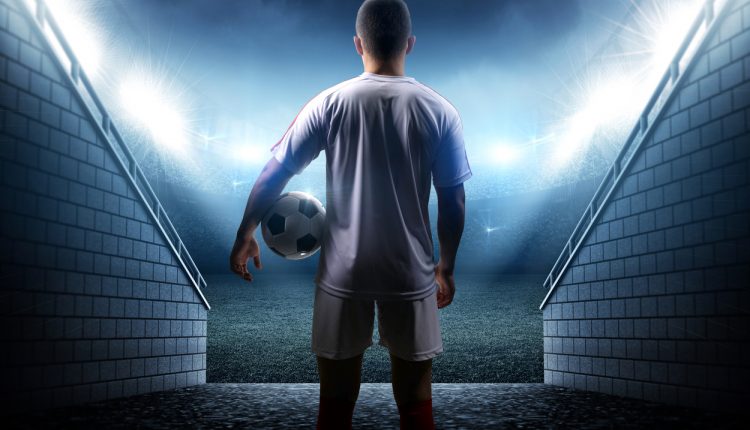 Over the years, the astronomical earnings of top-flight footballers have been widely talked about. Considering, on average, a Premier League footballer earns 100 times more in a week than a UK employee – it’s easy to see why there is an underlying controversy.

This debate inspired TicketGum.com to identify 25 England players who are in contention for the World Cup 2018 squad and see how long it would take a person with the same name in the working world to earn their footballing namesake’s considerable weekly wage.

To accomplish this, TicketGum.com utilised Adzuna’s ‘ValueMyName’ tool, which analysed over 500,000 CV’s to reveal the average salary for 1,200 first names. Although the first names of England’s two most prominent players (Raheem Sterling and Dele Alli) could not be found on Adzuna’s system, the findings were astonishing.

Experienced goalkeeper Joe Hart has the highest weekly wage out of all the considered footballers. This ironically translates to an average Joe working the longest amount of time at an exact 4 years, 7 months, 1 week and 3 days to earn the £175,000 made by the shot stopper. Thereafter, a normal Kyle would have to work the second most at 4 years, 3 months and 5 days to achieve the £130,000 weekly income of high-flying right-back Kyle Walker.

Individuals called Phil, on average earn the most in the workplace at £1,071.30 per week. Consequently, anyone with the first name Phil must work 10 months, 3 weeks and 2 days to make the weekly wage of centre back Phil Jones (£50,000). Contrastingly, individuals called Jordan earn the least in the workplace at £529.83 per week. This means they would need to work 3 years, 7 months, 2 weeks and 2 days to match the weekly wage of dynamic centre midfielder Jordan Henderson (£100,000).

Putting the spotlight on England’s star player Harry Kane – he not only earns 163 times more in a week than a regular Harry but it would take the regular Harry 3 years, 1 month, 2 weeks and 2 days of work to reach the hefty £100,000 made by the free scoring talisman on a weekly basis.

On the other end of the scale, goalkeeper Tom Heaton has the lowest weekly wage (£15,000) from the included English players. Therefore, a working Tom would have to work the shortest duration of time at 4 months, 2 weeks and 2 days to attain the same sum. Slightly above Tom is Marcus, who would need to work 8 months and 3 weeks to get the weekly £30,000 paid out to the young and exciting Marcus Rashford. 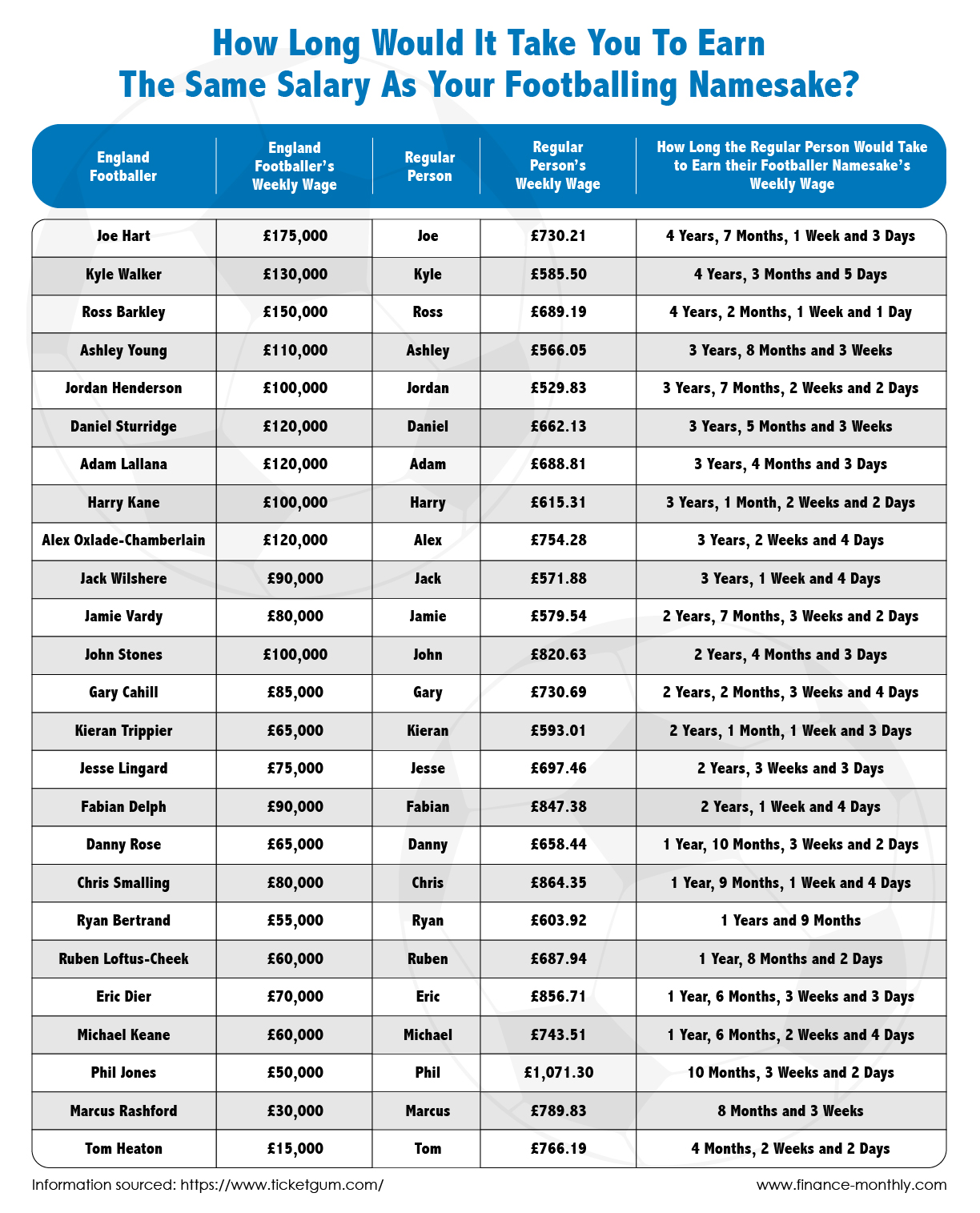 Adam Taylor, a spokesperson from TicketGum.com commented: “Over the years, the disparity between the earnings of footballers and that of normal people has further widened. To show the extent to which that has been the case in a measurable context, this research precisely highlighted the amount of time regular Joes would take to earn their footballing namesake’s weekly wage. The findings demonstrate that most individuals would need to work excess of one to four years just to make the one-week wage of England’s most prolific players – which is truly astounding.”