With current trade ‘talks’ with China, the US in a not in a great position money wise. According to Congressional Budget Office the US is heading for an annual budget deficit of more than $1 trillion (£707bn) by 2020, on the back of tax cuts and higher public spending. Although these measures may bring ease […] 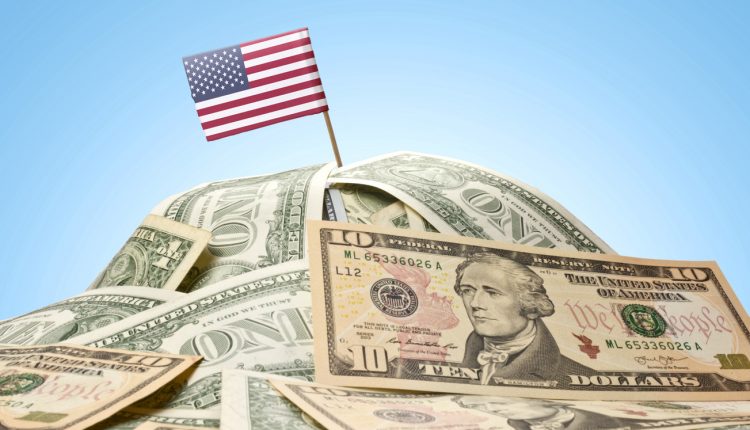 With current trade ‘talks’ with China, the US in a not in a great position money wise. According to Congressional Budget Office the US is heading for an annual budget deficit of more than $1 trillion (£707bn) by 2020, on the back of tax cuts and higher public spending.

Although these measures may bring ease to the current economic climate, it’s predicted they will exacerbate long term debt. The Congressional Budget Office believes such debt could amount to similar historical depths, such as World War II and the financial crisis.

This week Finance Monthly asked the experts Your Thoughts on the prospects of long-term debt in the US, and here’s what you had to say.

With growth and confidence at record highs, unemployment low, and at best guess being mid-point through the economic cycle, Trump should be fixing the roof of his house while the sun is shining for the benefit of his children’s generation and beyond. The temptation to focus on voter incentives to win a second term in November 2020 and to try out his unproven trickle-down policies for the few, seems short sighted from the President.

With a trade war underway, it appears banking on increased growth and mass job creations from tax cuts, whilst not tightening the already loose belt elsewhere, and not paying as you go, seems at best optimistic and at worst, reckless.

Deficits are nothing new, having run one every year since 2002. However, what should concern those of us with hopefully 30-40 years left on planet Earth is that even the most upbeat forecasts – taking into account no impact from any external factors (which seems highly unlikely given the confrontational leadership style) – show that not only are we heading for the trillion dollar deficits, but they are likely here to stay, and become the norm over the next decade. A legacy surely no one wants to be remembered by?

Whilst there are clear and obvious benefits to having tax cuts with higher spending such as driving economic growth over the short-term, the question we should ask is, at what cost? the problem is that we are kicking the can down the road.

The Pure Gold Company has seen a 74% increase in US nationals investing in gold this year compared to the same period last year citing fears that escalating US debt will in the long run make the US and it’s economy vulnerable to fiscal shock. Our clients are concerned that given the high debt to GDP ratio, the US may have problems paying back its loans and this could increase the interest that the US will have to pay for the amplified possibility of default. The issue here is that the US having to pay more interest further accelerates the debt problem and with the dollar in the firing line – repeat problems like the current trade war with China put the US on the back foot. Our clients who are currently purchasing gold are concerned that over the next 20 years the social security trust fund won’t cover retirement benefits and the US will have to raise taxes and curtail benefits in order to cover various short-term monetary requirements. Incidentally this notion of escalated debt has doubled since 1988 and if you look at the gold price – that’s increased by 200%.

Our clients do not necessarily look at their investment having grown by 200% but instead it takes more currency to purchase the same ounce of gold. Therefore, our clients purchase gold to maintain their dollar’s purchasing power and with the US debt being the highest in the world they are not merely looking at the next 4 years but instead the next 10 – 20 years.