In January this year, Trump slapped tariffs of up to 30% on imports. In March, he added tariffs of 25% and 10% on imported steel and aluminium respectively. China and the EU retaliated with actual or threatened tariffs on hundreds of imported US products, but Trump hit back with a threat of further taxes. Companies […] 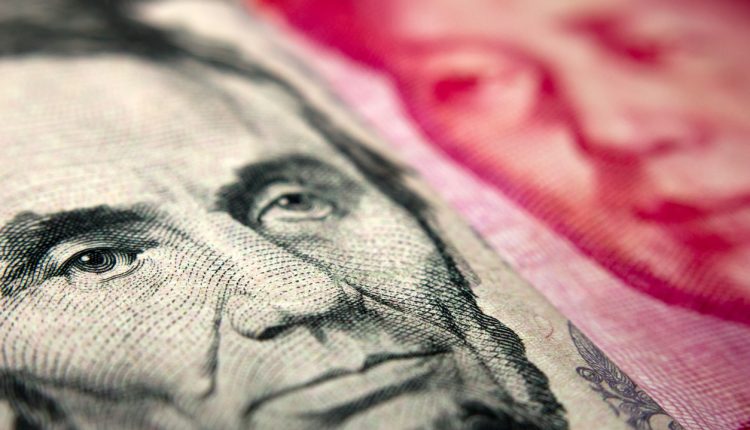 In January this year, Trump slapped tariffs of up to 30% on imports. In March, he added tariffs of 25% and 10% on imported steel and aluminium respectively. China and the EU retaliated with actual or threatened tariffs on hundreds of imported US products, but Trump hit back with a threat of further taxes.

Companies and investors caught in the cross-fire between tit-for-tat trade wars are concerned because:

The Financial Times suggests that a global trade war could knock 1-3% off GDP over a few years. They also reported that whereas capital expenditure (capex) by some US companies had risen, a Credit Suisse survey suggested that many businesses remained more hesitant about investing. Some have opted to hold onto their mountains of cash because of the uncertain outlook caused by trade war and geo-political tensions.

Some companies might manage the situation by shifting production overseas, but in the process losing exported jobs. Relocation would also consume investment and time to raise production and adjust to the new dynamic, and in the meantime, the profit margin would diminish.

A great drag on companies’ profits and a disruptive influence on supply chains, is the uncertainty that trade wars create. When will they end? Will they escalate? Which sectors will be affected and to what extent?

Chinese parts, for example, relied upon by US manufacturers, could become unavailable, or they might not. Just a month later, the US is backpedalling on its April 2018 ban on selling US company parts to Chinese company ZTE, a reversal that will cause turmoil among exporters and importers that must now reverse their plans to circumvent the ban.

Governments might retaliate to their counterparts in other ways. In 2016, China shut down Korean companies operating in China in retaliation to South Korea’s actions. Hyundai and Lotte (both Korean) were denied car parts from local suppliers and 100 Lotte shops were closed. Countries have been known to expropriate foreign companies’ assets.

In the aftermath of the 2007 global financial crisis, investors stood on the sidelines for years with their pockets full of cash until asset prices and markets stabilised from the shock. The same hesitation could occur during trade wars and other geopolitical crises.

We have already seen some shareholders switching out of volatile equity investments into safer havens such as government bonds. That is likely to raise yields for borrowers, especially for high-yield borrowers, increasing interest payments and lowering corporate profits.

Investors’ flight to safety could significantly impact exchange rates as they dump risky currencies (such as those of some emerging market countries) and buy safer ones (such as USD), causing currency losses for companies that have not hedged their currency risks. Conversely, companies with a depreciating currency could benefit – for example, from the increase in value of overseas earnings that are reported in the depreciating currency. Those gains could be offset more or less, by higher import costs.

The IMF reckons that (without trade retaliation) the USD could appreciate by 5%. Appreciation of the USD could accelerate, causing further rises in costs of USD-denominated commodities, such as oil.

Higher oil prices would adversely affect heavy users of energy, such as aviation, motoring, and manufacturing sectors. For example, American Airlines’ share price went down 6% after it expected $2.3 billion in additional fuel costs.

Winners and losers are expected from conflicts, such as trade wars, but sometimes the outcome can be unexpected.

American company Metal Box International was going to shut down after its sales had been decimated by cheap imports, but Trump’s protectionist trade policies changed its mind.

Metal Box, and other US manufacturers of products slapped with US import duties, should have seen its market sales rise as it filled the market gap created by reduced imports.

Anti-subsidy and anti-dumping duties imposed by the US on Chinese imports did result in a pick-up in Metal Box’s sales, but it was short-lived, because, according to the company, consumers and retailers feared trade war disruption so they stocked up pre-emptively. The company increased its capex in anticipation of higher sales volumes, but the machinery now sits idle.

The company’s hopes for business success were set back further by tariffs imposed by Trump on imported steel, because the company will now probably have higher costs of steel raw material.

Moody’s notes that workers employed by US business sectors that use steel far outnumber those employed in its manufacture, by around 5:1. That is also the ratio of job losses: gains predicted by Trade Partnership as a consequence of US tariffs.

Sustained high interest rates and inflation could stymie global economic growth and create stagflation. A March survey by BoAML found that 90% of investment managers thought protectionism would cause either inflation or stagflation, and protectionism was investors’ primary fear.

Whereas some steel users will have the ability to pass on rising metal costs (either contractually, or through their brute forces of negotiating or price-setting), smaller companies will have to absorb higher input costs to maintain market share. For the former, profit margins will be protected, for the latter, they will contract.

Where investors are concerned, borrowers also need to be concerned, because the fortunes of both are intertwined. When investors become risk-averse and hoard cash, borrowers lose access to capital or pay a higher cost. Reduced profits ultimately hurt workers’ incomes, the economy’s GDP, and investors’ return on investment.

Unchecked, stagflation could deteriorate into recession, leading to job losses, reduced investment and further corporate financial distress. With many companies and individuals already highly geared with debt, a recession or stagflation that reduces income and the ability to service debt interest obligations, could trigger a wave of personal bankruptcies or corporate insolvencies, reducing GDP further and leading potentially to recession.

Companies might have to lay off employees to remain profitable or in business. Where last-in-first-out stock valuation accounting policies are used, profits will be quickly dented, reflecting higher stock costs. Cashflow will fall because of more expensive stock, or else companies will try to stretch their trade creditors’ goodwill even farther. Companies that can control their working capital interactions are more likely to survive than those with poor credit, stock, and trade creditor management practices.

Companies’ trade credit insurance premia might increase, or be stopped of their financial position deteriorates. Credit insurance providers stopped providing credit protection to Woolworths’ suppliers, meaning it had to pay in cash, exacerbating the strain of its debt pile and leading to its administration. Without credit insurance, factoring of invoices, and conventional credit from suppliers, Toys R Us had to buy its games and toys as they were delivered. Without cash, a company’s shelves soon begin to empty, payments become overdue, staff are not paid, and operations grind to a halt, i.e., bankruptcy or insolvency ensues.

Companies that have low gearing or operate in strong cashflow sectors such as fast-moving consumer groups, might withstand a cash crisis by raising additional debt, but companies already creaking under a mountain of debt and/or debtors, are more likely to break under the strain, and relatively sooner.

Almost 2/3 of aluminium and 1/3 of steel are imported by the US. Caterpillar and Boeing were caught in the firing line between the US and its trading partners because of their heavy and critical reliance on metals, and their international operations. Investors realised the negative implications so both companies’ shares dumped, sending their prices down more than 5%.

Shareholders in US steel makers made a mint from US tariffs, US Steel and AK Steel, for example, rose 6% and 10% respectively. In the longer-term, US steelmakers could lose out from trade wars, however, for example, if manufacturers relocate, cut back on domestic production volumes, or use alternatives materials.

Other winners in the latest trade spat are companies that are more inward-looking or resilient to tit-for-tat retaliation, such as healthcare and BioTech. For example, shareholders in Johnson & Johnson, Merck, and Pfizer were some of the biggest winners in March. Other defensive regions and sectors include: Australia, Brazil, parts of Europe and Japan, and sectors such as telecoms, utilities, insurance, and retail. Countries whose GDP depends heavily on exports to the US, such as Mexico and Canada, are likely to suffer most from US protectionism.

Companies are in the cross-fire between trading countries, so they need to, above all, pay close attention to their cash flow and their survival over the longer term, even at the expense of near-term profit and revenues. They also need to monitor a changing geopolitical landscape and adapt accordingly. At such times, a company is likely to soon find out how committed banks and other investors really are to the company’s survival.