Last week, stock markets fell globally in the wake of US President Trump’s latest tariffs threats to China. Donald Trump threatened to put tariffs on an extra $200bn (£141bn) of Chinese goods, further fueling the prospects and worries of a trade war. This week Finance Monthly set out to hear Your Thoughts on the potential for […] 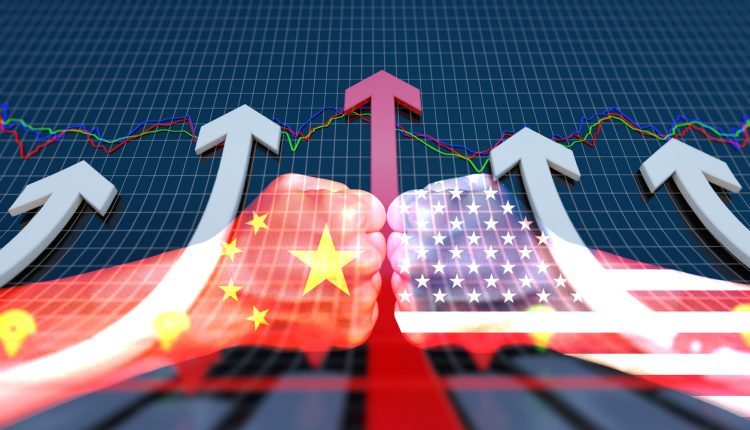 Last week, stock markets fell globally in the wake of US President Trump’s latest tariffs threats to China. Donald Trump threatened to put tariffs on an extra $200bn (£141bn) of Chinese goods, further fueling the prospects and worries of a trade war.

This week Finance Monthly set out to hear Your Thoughts on the potential for an international trade war, gaging the opinions of experts and professionals around the world.

We asked them: What do you think about this? How will this change things internationally? What might be the short-term reactions and impacts? What about the long term? How will you be affected? How will small businesses be affected? Who will benefit from what’s to come? Is this a good strategy? What are the political and social repercussions?

Investors are right to be concerned as Wall Street futures dropped by almost 2% following Trump’s threats to impose more tariffs. Any retaliation by Beijing is likely to fuel the escalating trade war with Washington, which will in turn have a negative impact on equities and increase risk aversion.

Investors are not the only ones troubled by the current situation. The world’s largest superpowers’ shift towards protectionism has global ramifications. International companies may grow less competitive due to tariffs and the cost of raw materials purchased overseas could rise by 10–20%. It’s highly possible that any further action from the US or China could put an end to the current 10-year bull market run.

An all-out trade war is unlikely and we believe this will be avoided in favour of mutually agreeable changes on both sides.

The world last entered trade wars on this scale early during the Great Depression. The Smoot-Hawley Tariff was entered into US law in June 1930, about 8 months after the “great crash”. There are mixed opinions on whether the tariffs added to the economic depression or only slowed down the ensuing recovery. But it is generally agreed the tariffs themselves were not the main cause of the Great Depression

Today there are few, if any, of the conditions that presaged the Great Depression. But the world is a different place today compared to the 1930’s. The most significant difference is the interconnected nature of global supply chains that have been built by companies in the post-War era. Abrupt changes along the supply chain in terms of physical supply or associated cost will have immediate impacts on the total costs of production. Companies are not charities, so if the cost of production goes up, so too will product prices on the shelf.

The impacts will differ between companies and across nations dependent upon:

The UK runs a goods deficit of over £130 billion per annum of which about 10% is with the US directly. So for the average UK consumer, the direct implication of US originated tariffs on items we buy is fairly limited in scope. The impact of tariffs on things we sell is limited also with only about 10% of UK exports heading for the US directly. The bigger risk we face is the secondary impacts from companies and countries that are impacted to a higher degree:

The trade war escalation is unsurprisingly scaring the markets. The main reason for this is actually the belief that this is only the beginning of the escalation, as China has already clarified that it will reply to US tariffs with its own. Of course, this could have many impacts. In the short term, US companies which are importing will have to pay more, while advantages for US producers will be positive, even if that’s a much smaller proportion overall. But what is scaring markets is definitely the long-term scenario, that the trade war will grow to affect more economical sectors.

This won’t only affect the big companies, it could also have a serious impact on smaller ones and retail consumers. A typical example to explain this is something like the beer can, the cost of which will rise due to the aluminum tariffs. The implications can be far wider than what you might originally think.

It is difficult to say whether this is a good strategy; we can surely affirm that this is a risky strategy as you can’t completely predict or control the effects it will have, especially in the long term. The ball is now firmly in the court of those who trade with America.

There’s little certainty that this will help drive the US economy. If this is the effect wanted by Donald Trump, then you have to consider that the tariffs which will be decided by other countries are what will drive the results. It could at best create jobs in one sector, but the additional jobs generated will likely result in a loss in other sectors. Overall, it’s hard to see this policy accomplishing its goals.

Rising protectionist measures from the US government are creating significant uncertainty for global businesses and adding to cross-border risks. After some optimism that the US hardline stance on tariffs was softening a bit, new announcements from the administration have re-ignited fears that the ongoing skirmishes could blow up into a full-fledged trade war, particularly between the US and China. The latest announcement came from President Trump on 22nd June when he threatened to impose new tariffs of 20% on auto imports from the EU unless the EU removed tariffs on US goods. It should be noted that, some of these EU tariffs on US exports went into effect earlier the same day; these were retaliatory tariffs in response to US tariffs already implemented on steel and aluminum (most trading partners were exempted, except the EU, Canada and Mexico). Equity prices of major European automakers dropped immediately following the announcement, highlighting the intricacies of global supply chains and their dependence on smooth trade flows between nations. In fact, all major global stock markets have seen episodes of selloffs in the past few weeks in reaction to worries that trade restrictions are rising.

The latest round of proposed US barriers to free trade have come with a pronounced inclination by the US to move away from traditional norms of multilateralism based on the WTO principles, including measures specifically directed at longtime allies like the EU and Canada. This has the potential to spill over into other areas of geopolitical risk, and pose added headwinds to the global economy. While the extent of the EU retaliation is modest so far, other countries are stepping up or planning ‘tit-for-tat’ tariffs against the US. India just hiked tariffs on a selection of US goods, while similar Canadian tariffs are scheduled to come into effect on 1st July. Of course, the biggest risk of disruption comes from the US-China spat; earlier the same week, China threatened to hit back with a combination of quantitative and qualitative measures after President Trump ordered his team to identify USD200b in Chinese imports for additional tariffs of 10% with provision for another USD200b after that if China retaliates. The global economy is still expanding; although divergences in policy are signaling desynchronization in the near term, it can still withstand some fluctuations in equity indexes. But the bigger underlying risk is that if the trade rhetoric does not die down, or if it becomes a significant headwind, stock markets will face sustained downward trends as investor confidence is impaired, eventually leading to a spillover into the real economy.