Should We Burn All Our Money and Go Cashless?

In 1880, we introduced the first ever credit voucher, which led the way as a pre-curser to credit cards and the likes, followed by the reveal of metal deferred payment cards from Western Union in 1914 and subsequently several appearances of payment or credit cards that allowed to users to credit shop at specific stores, […] 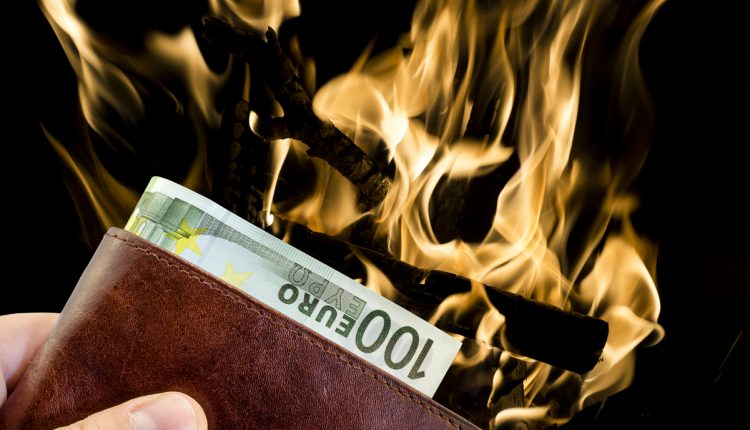 In 1880, we introduced the first ever credit voucher, which led the way as a pre-curser to credit cards and the likes, followed by the reveal of metal deferred payment cards from Western Union in 1914 and subsequently several appearances of payment or credit cards that allowed to users to credit shop at specific stores, like Diner’s Club, the first independent credit card company in the world.

Since American Express made credit cards popular in 1958, the idea of buying with cash that isn’t yet available to the buyer has evolved into the concept of cashless buying with money we do have. The accessibility, ease and efficiency of credit cards led to a culture, globally, that accepts plastic cards as the norm. The industry 4.0 revolution now presents the next stage in said evolution, whereby we are experiencing the proliferation of contactless payments, both via plastic debit cards and more recently, via smartphones.

2017 marked ten years since contactless was introduced, so it may still be another 10 years until we see an almost complete eradication of cash from western society. Currently, contactless payments account for just over a third of all payments in the UK. Equally over a third agree that the UK will be cashless in another 10 years. The further spread of contactless via mobile, which would only go to shorten those 10 years, is however hindered by the need to link a bank account with the customer’s smartphone, making this option inaccessible to a greater part of the world’s consumers.

A recent study conducted by Forex Bonuses reveals that Canada is currently number one in the list of top cashless countries worldwide , with 57% of transactions nationally being made without cash, as opposed to 2% in Sweden and France, 52% in the UK, and 10% in China. In China however, 77% of people said they were aware of cashless options, which could mean potential for a huge boost of cashless transactions in years to come. All in all though, 83% of global transactions are in cash, according to Western Union.

The ease of cashless transactions proves the potential for revolutionary popularity, as with a flick of a finger or a swipe of the thumb, all liquid assets can be accessed and moved around. The secondary benefits are the effect a cashless society can have on crime, both in terms of banks & financial institutions, as well as street crime and potential for muggings. In addition, though most cash payments do result in a printed receipt, digital records of transactions are few and far between, and whether by blockchain or other, documenting digital footprints for transactions has the capacity to help governments better set policy, tax citizens and stop fraud, as well as help banks to better monitor financial spheres and adjust rates and inflation accordingly. The introduction of Open Banking will also only go to facilitate these benefits in the digital payments sphere.

So, why are we not already making the world completely cashless and sending all our money to be burnt? One question we should ask first is whether this is truly something people want. Bloomberg reports that a recent move by Indian authorities to remove 86% of cash in circulation proved to be difficult, and shocked many cash dependent markets. The poor especially depend highly on using cash, and making everything digital could put lower earners at a serious disadvantage and the prospect of governments and banks having so much control of people’s finances does pose further concerns. Another major issue is that while street crime and fraud could be better monitored and prevented, cybercrime could rise in equal or greater measure, depending on the vulnerability of transaction systems.

Further on the topic of cybercrime, back in the day ‘looking over your shoulder’ referred to watching your back for pickpockets; that then became about being aware of criminals stealing your PIN, but the new risks are money swiping and the potential for losing your contactless card, which can then be used by whoever finds it or picks it up. Equifax recommends lining your wallet to eliminate the risk of signal and antenna making contact in a money swipe grab, which in essence, is today’s version of pickpocketing.

Bitcoin and the blockchain are proving useful in the payments security sphere, but in their short-lived popularity have already displayed weaknesses and risks that will need time to fix. Equally, infrastructure will have to keep up, as Visa have already showed that IT outages can cause serious disruptions, leaving users unable to make or take payments. On top of this, connections are required to record and document the data, as well as transfer information between the buyer, seller and bank; if the connection is affected in any way, this can create major difficulties. With cash, these issues don’t really exist.

Though no longer king, cash is still the biggest way of actioning transactions around the world, and the physical act of exchanging money still feels the most secure and manageable for most. It’s still also the go-to fall back when the ole’ chip and pin doesn’t work, so it’s still very much in play, in fact the growth of cash circulation outpaced economic growth over the last 10 years. Despite the fact there has never been more cash in circulation worldwide, we are slowly moving towards a cashless society, but the eventuality of a 100% cash free world is still highly debatable.

What do you think? Would you be prepared to burn all your cash in return for liquid assets and the promise of a risk-free digital payments sphere?