Are the Good Times Back in Venture Capital?

New research from eFront shows that while the 1990s might be thought of as a “golden era” for venture capital, returns figures do not back this assumption up. Conventional wisdom has it that in the decade 1990, returns of venture capital funds were higher and cash was returned faster. The decade 1990 can indeed be […] 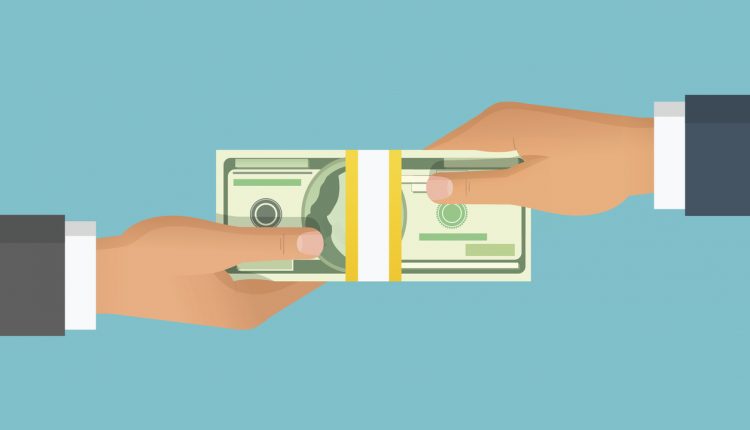 New research from eFront shows that while the 1990s might be thought of as a “golden era” for venture capital, returns figures do not back this assumption up.

Were the 1990s the golden decade of venture capital? Listening to veteran investors of that time, it would be easy to conclude positively. In collective the memory, that decade remains associated with high VC fund performance, meteoritic entrepreneurial successes and a certain ease of doing business. Fast-forward to today, and VC fund managers complain today of high levels of competition and high valuations of start-ups.

Conventional wisdom is right on one point: that the 1990s can be singled out. But this is because of a much shorter time-to-liquidity that seen before or since. The 1990s recorded an average time-to-liquidity for US early-stage VC funds of 3.62 years, compared with 6.7 years for 2001-2010. However, overall performance for the decade does not look particularly good, with funds returning just 1.1x, compared with 1.57x for the 2000s. If a few vintage years made a strong impression on investors, the overall decade appears as fairly poor in terms of pooled average total value to paid-in (TVPI).

Figure 1 – Performance and time-to-liquidity of US early-stage VC funds, by decade 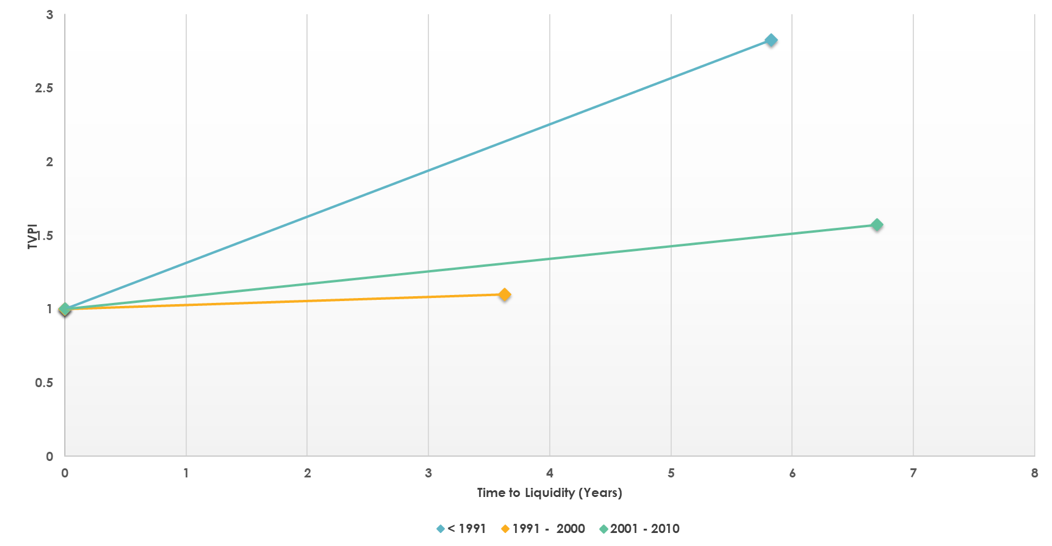 Could this be a US-centric phenomenon? Looking at Figure 3, the answer is negative: the picture is rather similar for Western European VC funds. European early-stage funds saw time to liquidity of 3.7 years and 6.9 years in the 1990s and 2000s respectively, while returns were just 0.96x for the 1990s and 1.56x for the following decade. 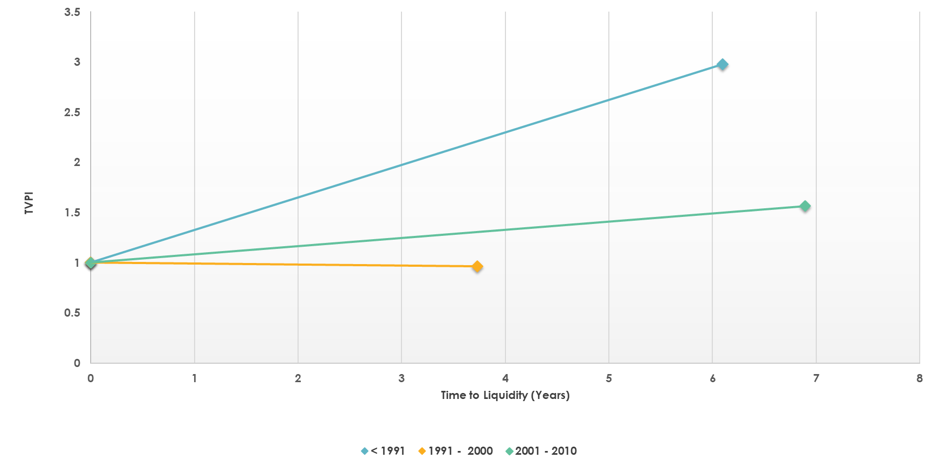 “A few exceptional years have marked a decade and an asset class. The venture capital boom years of the decade 1990 have left investors with the wish to see them happen again. The analysis of that decade has shown that indeed it was unusual, not because of overall high TVPIs but mostly due to shorter time-to-liquidity.

“Said differently, the vintage years associated with the subsequent stock market crash have wiped out a significant part the overall outperformance of the decade. In that sense, wishing to return to the ‘golden years’ bears the risk of calling as well for a performance bust. The following decade, still partially in the making, contrasts with the 1990s in surprisingly positive ways.”