﻿The yearly World Economic Forum in Davos, Switzerland, is the benchmark for change and the horizon all business people should be looking towards. 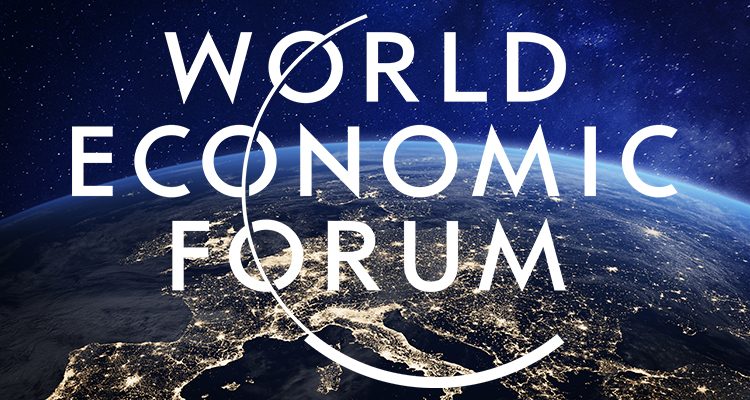 It’s the annual event that sets in motion plans for the year and goals for the future, as world leaders and top economy experts meet to discuss priority issues and global solutions, through panels, talks and parties.

This year’s meeting in Davos, like every other year, was full of highly debated topics and drama, with major appearances, like Prince William, and absentees, i.e. Donald Trump. Below Finance Monthly lists the top 5 things about the 2019 World Economic Forum.

Climate change may seem like it was a hot topic 10 years ago, but it’s still very relevant today, as many economic and business decisions revolve around water consumption, global warming and ocean sustainability, according to talks at this year’s event.

Famous TV voice and broadcaster David Attenborough led the talks and screened a new climate focused TV programme, warning that “the Garden of Eden is no more.”

From a business perspective, much of the discussion revolved around the power of social media, in changing companies’ attitudes towards climate change, in the face of reputation damage. During a panel discussion, Burberry (BBRYF) board member Orna Ni-Chionna said: “Things change instantly because of the power of social media…” In reference to Burberry’s recent debacle, she said: “When this was discovered, the social media theme that rocketed to the top was ‘Burberry burns.’ It took me about five minutes to send an email to our Chief Executive and … it took our Chief Executive three weeks to have a completely new policy.”

Regarding business in a future full of climate change challenges, Christina Figueres, Founder of Global Optimism had this to say: “I think people are beginning to realise that there is no business on a dead planet.”

A second major talking point at the WEF 2019 was the lack of certain prominent figures. ‘No shows’ are a hot topic every year and often reflect the state of crisis being discussed at each event.

This year British Prime Minister Theresa May took an absence, claiming she is “focused on matters here”, i.e. Brexit, which understandably warrants some urgency. The lack of this world leader at such an important global event does however have some impact on the proceedings and talks that go on.

Former US Secretary of State John Kerry replaced Mike Pompeo last minute on a panel, leaving Pompeo to chime in over video conference, in a very Trump-like manner, with issues surrounding populist disruption. He stated: “New winds are blowing across the world. People are asking questions that haven’t been asked or taken seriously for an awfully long time.” In this case, his absence delivered an even stronger sense of urgency to his message.

Fortune reports that thanks to US President Donald Trump’s absence at the event, Brazilian President Jair Bolsonaro took the spotlight, presenting his vision for the future of a “new Brazil.” In his speech, he promised to eradicate corruption, implement privatization of some industries, and turn the tables when it came to his country’s global reputation.

With Brexit, economic tension between China and the US, GDPR and other matters at hand, it’s no surprise the world’s economies are slowing down. This was one of the major talking points at Davos 2019.

On the opening day of the forum, IMF chief Christine Lagarde stated: “The bottom line is that after two years of solid expansion, the world economy is growing more slowly than expected, and risks are rising.”

One of the main points to come out was that following the 2008 financial crisis, banks took unusual and dramatic steps to prevent economic collapse, the impact of which we are experiencing today in the form of slow recovery and a slow reversal of those measures, with still historically low interest rates and little space for manoeuvre. In fact, following a figure of 6% growth last year, the IMF just recently re-lowered its estimates for global economic growth in 2019 to 3.5%.

On top of this are political pressures that make it even harder for banks to respond to the slowdown. Neil Shearing, Chief Economist at Capital Economics, said: “With the global economy likely to slow over the coming quarters, it seems more likely that central banks will continue to come under fire from populist leaders.”

As summarised in this Finance Monthly feature on hyperinflation, Venezuela has been undergoing serious difficulties in the past decade. Hyperinflation has rendered the nation weak, due to political corruption and poor decision-making on the government’s part. In recent news, Juan Guaido has been officially recognised as Venezuela’s Interim President, replacing President Nicolas Maduro.

As a consequence, protests ensued across the country, though protests have been ongoing for months if not years now. During the forum, the EU, attempting to defuse the situation, has consequently called for an election to take place. An EU statement threatens that if elections are not called within 8 days, the EU will also recognise Guaido as the Venezuelan President. Maduro immediate response was to expel US diplomats and threaten the same for Spanish diplomats.

According to CNBC, former Venezuelan Minister, and currently a writer and journalist at Davos, Moises Naím said: “Venezuela has a very long road ahead, Venezuela has to be rebuilt, relaunched, rethought, remade…There is no doubt that the behaviour of guys with guns will define much of what will happen in the coming days and shape politics in Venezuela.”

The WEF 2019 couldn’t go by without everyone discussing one of the world’s biggest gamechangers, Brexit. On the lips of almost each and every one of the 3000+ attendees, Brexit is a concern among many in the business and politics world.

As British Chancellor Philip Hammond stood in for his PM Theresa May, his goal was to reassure world leaders and business officials that his government is doing the best it can when it comes to reaching a deal pre-29th March. He emphasized that the consensus on the ‘leave’ vote is that it is still to be respected and implemented, but that a no-deal scenario would not be the best outcome for those who voted ‘leave’ after all. He has since confirmed that a “no-deal Brexit would be ‘a betrayal’ of the promises made in the referendum campaign.”

In a separate appearance, Mark Carney, Governor of the Bank of England, said in regards to the challenges businesses face against Brexit: “There are a series of logistical issues that need to be solved, and it’s quite transparent that in many cases they’re not…There is a limited amount that many businesses can do to prepare if there are going to be substantial delays on the logistical side.”