How Can Blockchain Help with Smart City Planning?

Last year, the United Nations declared that 55% of the global population lives in cities. By 2050, it is predicted to increase to 68%. Population increase is widely recognised as the primary cause of this. 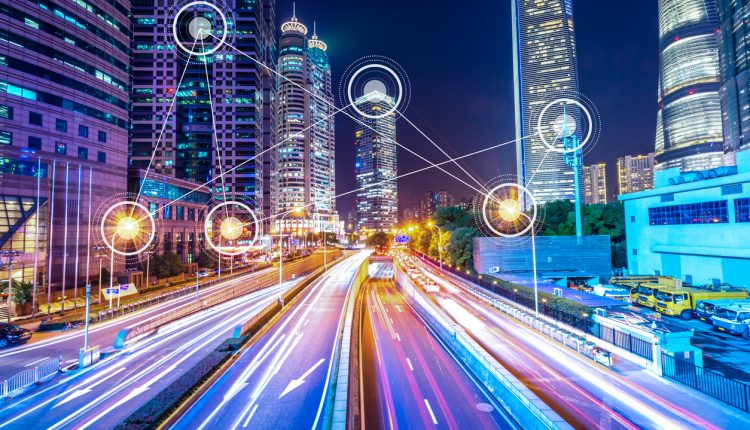 Last year, the United Nations declared that 55% of the global population lives in cities. By 2050, it is predicted to increase to 68%. Population increase is widely recognised as the primary cause of this.

North America and Europe are among the two most urbanised areas in the world. The UK has seen massive growth in terms of urban dwellers, with Liverpool’s population growing by 181% between 2002 and 2015.

How will cities cope with a continuous growth in residents? Smart City planning could provide the solution. Using technology and data, local authorities across the globe are working to create dependable infrastructure for urban areas. And many designers have started to include blockchain in the process.

Blockchain records are unalterable – any transaction details can be viewed with complete transparency. Equally, private accounts are only accessible for cryptographic key holders. Both aspects can benefit any investor – especially one that wants to outsource to a third party.

Take local authorities and governments, for example. In hiring architects and labourers that buy through blockchain, they can see exactly where money goes. And so, it could maximise asset management.

In addition, project leaders will be able to measure costs against plans. With the ability to do this throughout the process, high costs can be avoided immediately. Payment documents could be used to reduce spending in the future, too.

Blockchain’s transparency can simplify the process of city planning – and could make it a great deal smarter.

The term “Smart City” applies to all aspects of a metropolis, from infrastructure to public services. In regard to the latter, easy access to blockchain advice centres could be immensely helpful for many city residents.

The digital ledger has become popular with several people in the UK. In December 2018, 32 million Britons were reported to own Blockchain wallets. And this amount could very well increase. Some experts even describe this as the answer to all money problems.

City authorities looking to “Smart” plan, therefore, might want to take this statistic into consideration. Cities that supply blockchain help and information sources could make everyday transactions far easier for a lot of citizens.

In turn, this could strengthen the reliability of the city – one of the key principles of Smart City planning.

There are several advantages to living in a smart city. This is largely because it aims to offer straightforward daily services, from public transport to financial transactions.

The London Infrastructure Plan, for example, has been designed to enhance the ecological and economical effects of the capital, as well as its safety. Urban areas that are set for improvement often attract prospective property buyers.

If a local authority seeks to include new homes in its Smart city plan, blockchain records could entice investors. With full details on how living spaces have been built, people may be more inclined to invest.

And higher levels of investment could generate money for local projects and schemes that can benefit the city and its community.

Technology has already transformed how money is exchanged. And thanks to blockchain, it may revolutionise urban life throughout the world. Could this be a smarter way to spend than traditional payment methods? More to the point, will it determine how our living spaces are built?