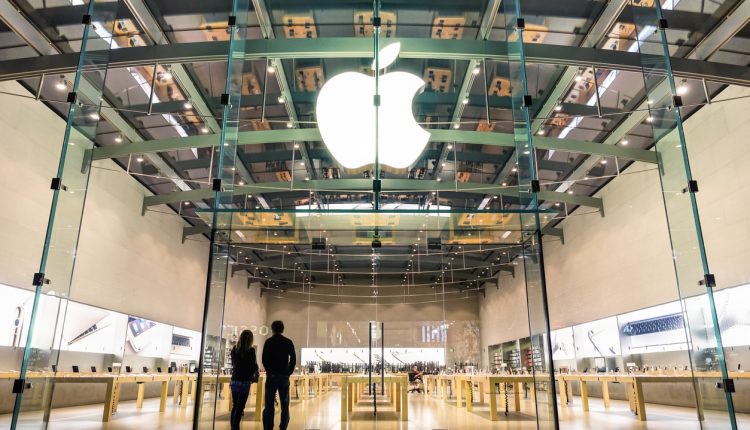 A study by City Index revealed the financial reports of the worlds biggest brands to reveal exactly how long it took each to make their first $1 billion, as well as how fast they make a billion today.

They compared this data to how fast it would take the world’s biggest brands to make the average UK salary, and the results are mind-boggling:

Industry: Tech
Total Revenue: $265,595,000,000
First Billion: 14 years
Latest Billion: 1.4 days
Did you know?
In August 2018, Apple became the first public company in the world to hit the trillion-dollar mark after share prices rose to $207.05, sending the tech giant to all-new heights. This landmark moment came just 42 years after the company was founded.

Industry: Retail
Total Revenue: $177,866,000,000
First Billion: 5 years
Latest Billion: 2.1 days
Did you know?
In June 2018, Investopedia named America ‘the United States of Amazon’ as the company’s Prime memberships tipped over the 100m mark. Fast forward to September of the same year and the retail kings became the second $1 trillion company, just weeks after Apple became the first to hit this impressive milestone.

Industry: Retail
Total Revenue: $131,537,000,000
First Billion: 110 years
Latest Billion: 2.8 days
Did you know?
Walgreens recently revealed it had spent $500 million on building, testing, and implementing new IT systems for its US stores, with plans to spend a further $500 million. This news came as the brand faced competition after CVS Heath bought out the country’s third largest health insurer and Amazon announced plans to enter the pharmacy market

Industry: Tech
Total Revenue: $110,855,000,000
First Billion: 5 years
Latest Billion: 3.3 days
Did you know?
Google was fined $2.7 billion for breaching European Union antitrust rules in June 2017 after it was found to be using its search engine to steer users to its own shopping platform. Luckily for the tech giants, this figure was dwarfed by its $110 billion revenue in the same year.

Industry: Retail
Total Revenue: $71,879,000,000
First Billion: 87 years
Latest Billion: 5.1 days
Did you know?
In a bid to fend off competition from Amazon and bring its business model up to date, Target purchased same-day delivery service Shipt in 2017 for $550 million. Target is hoping that its $99 annual Shipt membership ($20 cheaper than Amazon Prime) and commitment to delivering a wider range of products will see it eat into Amazon’s profits throughout 2019.

Industry: Tech
Total Revenue: $40,653,000,000
First Billion: 6 years
Latest Billion: 9 days
Did you know?
Facebook shares were down 7% in March 2018 after a data scandal dominated the headlines around the world, equating to an estimated loss of $40 billion. Chief Strategy Officer of GBH Insights, Daniel Ives, commented that the social media channel could lose $5 billion in annual revenue if it failed to assure its users and government agencies.

Fiona Cincotta, a Senior Market Analyst at www.cityindex.co.uk, said: “The markets have changed dramatically over the past 30 years, not just in composition, but also how quickly a firm can grow. From the data, the earlier the business was founded, the longer it took to reach its first billion in revenue.

“While firms founded at the turn of the last century, such as Walgreens or Target, have taken over 100 years to hit the $1 billion mark, more recently founded companies such as Facebook or Amazon have hit the milestone in next to no time. Potential for growth in today’s market is significantly greater than before.

“It also comes as no surprise that while tech firms and retailers are among the quickest companies to hit $1 billion in revenue, but traditional retailers are the slowest. This is yet another piece of evidence highlighting the struggles that more traditional retailers on the high street are up against as shopper’s habits move away from bricks and mortar stores to online shopping and technology.”