Volatility in the value of cryptocurrencies has cooled jobseekers’ desire to work in the sector, according to Indeed. 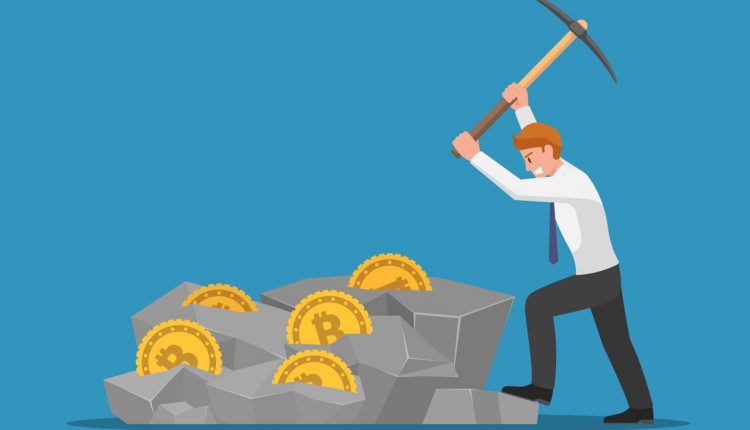 Neither the launch of Facebook’s Libra cryptocurrency nor the rapid appreciation of Bitcoin – which has more than quadrupled in value in 2019 – has so far reversed the trend.

Just two years ago, jobseekers’ interest in Blockchain – the technology which underpins cryptocurrencies like Bitcoin and Libra – surged. In 2017 Indeed recorded a tenfold increase in the number of candidates searching for Blockchain jobs, coinciding with a 2,100% spike in the value of Bitcoin, which peaked at $20,000 in December that year.

Candidates’ interest in jobs mentioning ‘Blockchain’, ‘Bitcoin’ and ‘Cryptocurrencies’ surged in the first half of 2018, before tailing off sharply in the latter part of the year. Searches for these jobs have fallen further in 2019, with the monthly average this year sliding by 44% on its 2018 level.

The number of cryptocurrency job postings has also collapsed in 2019, with the June figure down 72% on the record high recorded in March 2018.

The falling interest coincides with extreme volatility in the value of cryptocurrencies. Bitcoin prices fell by nearly 80% in 2018, and though the best known cryptocurrency has rebounded in 2019 – surging past $13,000 at the end of last month – jobseeker interest in the crypto sector has not yet matched that resurgence.

However, Facebook’s entry into the cryptocurrency market could inject new credibility and mainstream acceptance of the technology, and Indeed’s data reveals that a string of well-known tech and financial services firms continue to advertise Blockchain jobs. 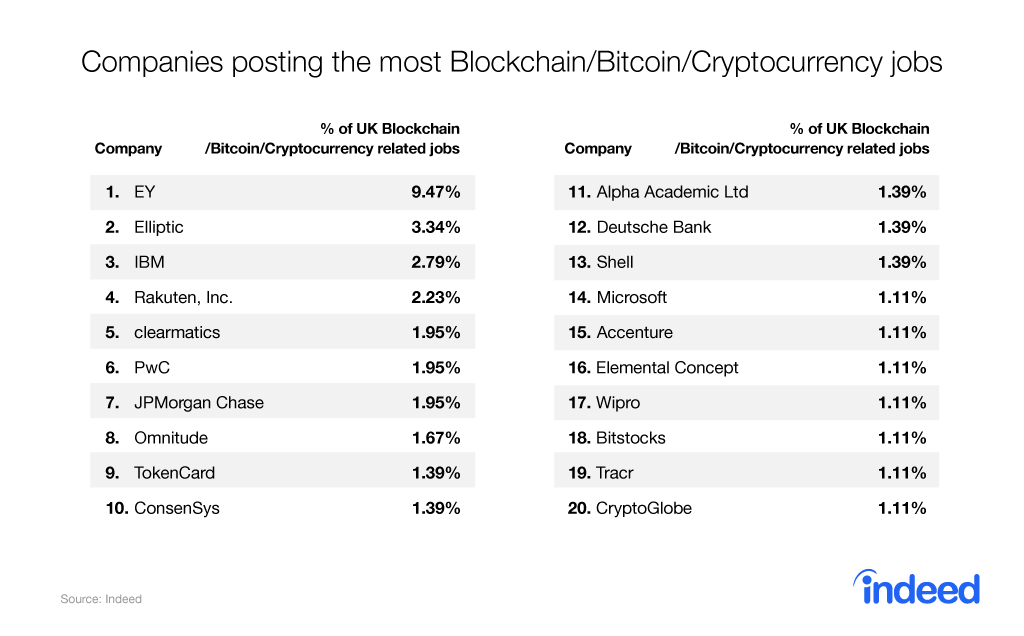 “But while the rapid rise in value of Bitcoin so far this year has attracted investors, jobseekers have been more wary.

“Behind the froth of Bitcoin, the true potential of Blockchain is still being revealed, and it’s striking how many companies, including tech and banking heavyweights, are building teams of people with skills in this area.

“Facebook’s launch of Libra is set to extend the reach and acceptance of cryptocurrencies and could power a second boom in Blockchain jobs, but so far this is anything but a foregone conclusion.”