Motherhood in Finance: What Is Maternity Leave Costing Your Career?

The financial industry has become notorious for presenting a tougher work-life balance to its female employees, often driving women to make the choice: family or fortune? So, what does this mean for their place in the workplace? 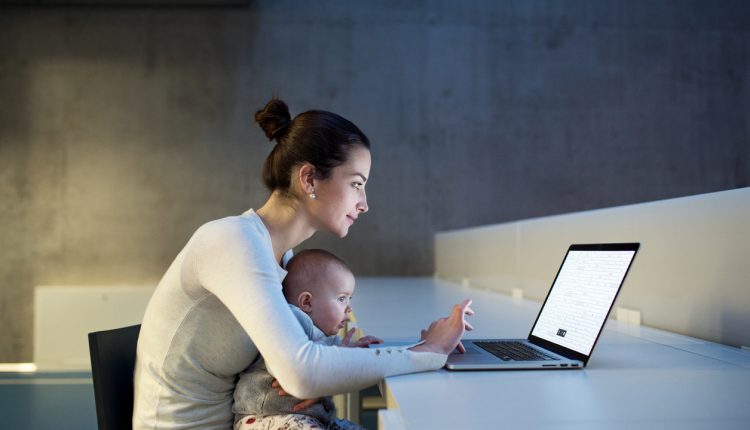 Approximately 82% of Americans supported paid maternity leave for mothers after a birth or adoption, according to a recent Pew research. Yet only 17% of working Americans are able to access paid parental leave today. While there has been some progress in promoting a balance between work and family life for female employees, there remains a lot to be done to support mothers to be in the workplace, particularly women in finance.

Your Earning Potential is Lower Both During Pregnancy and After Returning

Women in the American workforce are more educated than ever but continue to be underrepresented in the finance industry. Although the percentage of women in the financial industries is around 54.5%, there remains a significant gender gap which plays a large part in the decision of women working in finance on whether to take maternity leave. In fact, the motherhood penalty costs women around $16,000 in lost wages annually and 25% of women have to go back to work two weeks after giving birth to keep afloat financially.

Aside from taking maternity leave to prepare for the new arrival, some women leave earlier due to medical complications such as gestational diabetes and find themselves further financially vulnerable. The impact is felt not only medically but also financially due to time off being unpaid or paid at a significantly reduced rate. Considering almost 10% of pregnancies are diagnosed with gestational diabetes annually, the chances of women in finance having to deal with this are quite possible. Therefore, not only do women earn less while taking maternity leave but they are almost guaranteed to earn less than before pregnancy, and their male counterparts, meaning their family’s financial stability can be threatened.

For women looking to progress in finance, the 70-hour work weeks and full diaries can act as a deterrent against being selected for an executive-level job. In fact, the ‘Gender Diversity in the Financial Services Industry’ report by Mercer showed a significant decline in female representation as career levels rises in finance. Only 15% of women were represented at the executive level in finance, while only 26% of senior managers were female.

Thanks to factors such as the finance industry’s slow response to flexible working, women’s chances to achieve a better work-life balance are reduced and they tend to face an increased likelihood to be passed over for job promotions. Women with children also take longer to climb the ladder in the finance workplace as they juggle childcare hours and a demanding industry which means their earning brackets can remain unmoved for a longer time. Early starts and late nights required of many full-time jobs on Wall Street often means women in finance either have to rely on round the clock childcare or make the choice to go part-time.

Although 84% of employed Americans believe that having working mothers in leadership roles will boost the success rate of businesses, only a small% of women who have taken maternity leave will get the chance. Because of the negative association between women taking maternity leave and their commitment to the job, employers are more inclined to place these women in management positions within their company.

Published experiences by women working on Wall Street have shown that women tend to face increased pressure in trying to conceal their pregnancies for as long as possible, along with the constant pressure of when they plan to return (or whether they do plan to at all). For many firms on Wall Street, women are often offered six weeks of disability leave and end up losing not just pay equity but ground on progressing into the management realm.

Despite the well-publicized benefits of maternity leave including lower infant mortality rates and lower postnatal depression rates, support for women taking maternity leave in the finance industry continues to be woefully lacking. The choice to take time off to raise one’s child is repeatedly shown to have a higher cost for women, starting from the initial leave allowance rates and possibly defining the future of their careers. However, it is also important to recognize the progress made by financial firms like Deloitte, KPMG, and Bank of America. The support shown by these companies for mothers in finance can be a great starting point for the revolutionary change needed in the finance industry.