If carried through, the move will create a new entertainment and communications giant in the UK. 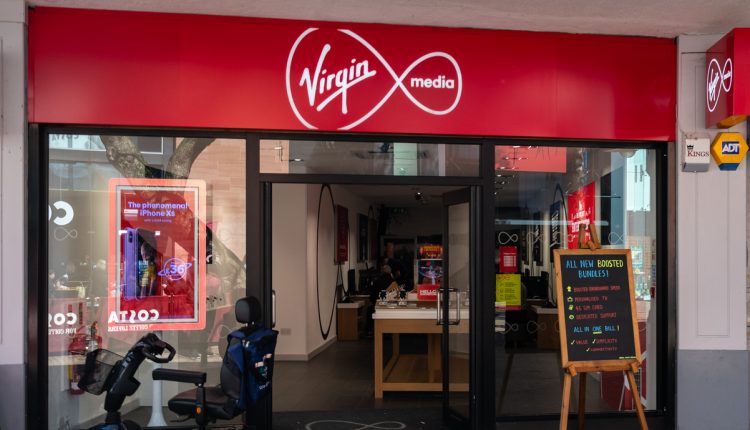 Liberty Global and Telefonica, the respective owners of Virgin Media and O2, have announced their intention to merge, converging their services into a single telecommunications giant likely to present a major challenge to BT.

O2 is the UK’s largest phone company, with 34.5 million users on its network that covers Tesco Mobile, Sky Mobile and Giffgaff. Virgin Media has around 3 million mobile users and 5.3 million broadband and pay-television subscribers.

The combination of O2’s 4G and 5G infrastructure and Virgin Media’s ultrafast cable network will create a joint venture worth upwards of £31 billion.

Liberty Global’s chief executive, Mark Fries, emphasised the potential that the merger could hold. “Virgin Media has redefined broadband and entertainment in the UK with lightning-fast speeds and the most innovative video platform. And O2 is widely recognised as the most reliable and admired mobile operator in the UK,” he said in a statement.

Jose Maria Alvarez-Pallette, chief executive of Telefonica, described the coming partnership as “a game-changer in the UK, at a time when demand for connectivity has never been greater or more critical.”

Analysts have begun to speculate on other possible motivations behind the merger, and its likelihood of success. Professor John Colley, Associate Dean at Warwick Business School, suggested that the move may be “opportunistic”, stemming from the focus of the Competition and Markets Authority (CMA) shifting its focus towards business survival during the COVID-19 crisis rather than the protection of competitive markets.

“However O2 and Virgin Media are businesses that are benefitting from the present covid-induced state of affairs”, Colley continued. “One suspects that the CMA will take a keen interest in this merger.”

Mike Kiersey, Principal Technologist at Boomi, a Dell Technologies business, commented that the success of the merger will likely hinge on the two companies’ ability to bring their respective infrastructures into harmony with each other:

“To establish an efficient operating state, a clear integration framework must be put in place, whether that means the entities remain separate or embrace a purely integrated approach. In most cases, a symbiosis of both IT departments will be the likely result.”