While the COVID-19 outbreak may have caused widespread disruption to the Asian business community, there’s no doubt that Hong Kong remains a shining beacon for companies from across the globe. 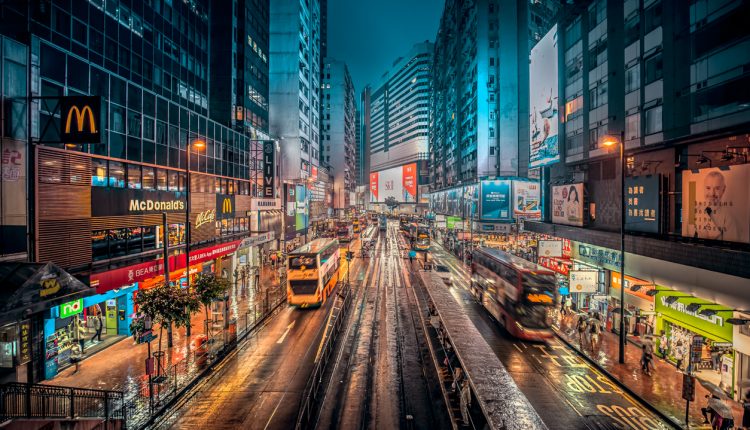 This reputation has been particularly prevalent since July 1997, when the region gained independence as a sovereignty and set about establishing itself as a low-tax haven with a raft of lucrative free trade agreements.

In the modern age, however, what is it that makes Hong Kong such an attractive proposition for international investors, and what role does the digital sector play in this?

The most apt description of Hong Kong was provided by the economist Milton Friedman, who opined that the region was the world’s greatest experiment in laissez-faire capitalism. There can be little doubt that Hong Kong represents the quintessential free market economy, and one that’s built on the principle of lowering trade barriers and minimising corporation tax (this is currently fixed at 16.5% and will not change until 2022 at the earliest).

This is one of the main reasons for the popularity of Hong Kong amongst overseas business owners, who’ll have the opportunity to minimise their operating costs and boost their bottom line profit accordingly.

The low rate of corporation tax is also appealing to forex trading firms, which already benefit from the fact that most brokers don’t charge a levy on currency trading. Not only this, but Hong Kong is now ranked as the fourth-largest financial centre in the world with a 7.6% share of the global forex market, while the region is also home to the second-largest exchange in Asia (behind Singapore). Hong Kong is also renowned for having the fifth-largest stock exchange and largest initial public offering market in the world, and this highlights the appetite for domestic and international investment in an open and prosperous economy.

The low rate of corporation tax is also appealing to forex trading firms, which already benefit from the fact that most brokers don’t charge a levy on currency trading.

The nature of Hong Kong’s economy also contributes to an incredibly influential and cash-rich consumer base, which ensures that firms are able to optimise turnover on an annual basis.

In US dollar terms, one in seven Hong Kong households exist in the millionaire category, and while real estate represents 70% of these assets, there’s clearly an opportunity for international businesses to thrive and target affluent consumer demographics.

How is the Digital Sector Faring in Hong Kong?

Despite the issues that the region has faced in terms of social unrest and angst, it continues to record average annual GDP growth of around 5% in real terms. One of the key factors here is also the rise of digital and web-based businesses, with Hong Kong’s relaxed commercial climate ideal for low-overhead and tech startups who wish to target a vast and diverse marketplace.

The open nature of Hong Kong’s economy also means that it’s easier than ever for companies to invest in advanced technologies and computational infrastructure, creating a competitive and potential lucrative landscape where profit margins are often higher than in developed economies.

Make no mistake; there’s a clear alignment between the values of Hong Kong’s economy and the ambitions of domestic and overseas SMEs, and this continues to build the digital landscape and lead into a far broader economy-wide transformation. Of course, we’ve already touched on the viability of launching a digital forex trading business in Hong Kong, and this is indicative of an economy that’s perfectly suited to online companies and tech-led startups.

In terms of the best practice, the way in which you open a business in Hong Kong (digital or otherwise) will depend on the sector that you operate in. For example, firms looking to operate in the competitive forex space will need to identify a key differentiator, while also relying on key knowledge and datasets from the Asian marketplace.

The same principle of standing out from the crowd also applies when launching a business in the digital space, with marketing and the ability to target key demographics in Hong Kong also crucial to new ventures.