25,000 jobs face an uncertain future in an overnight blow to UK retail. 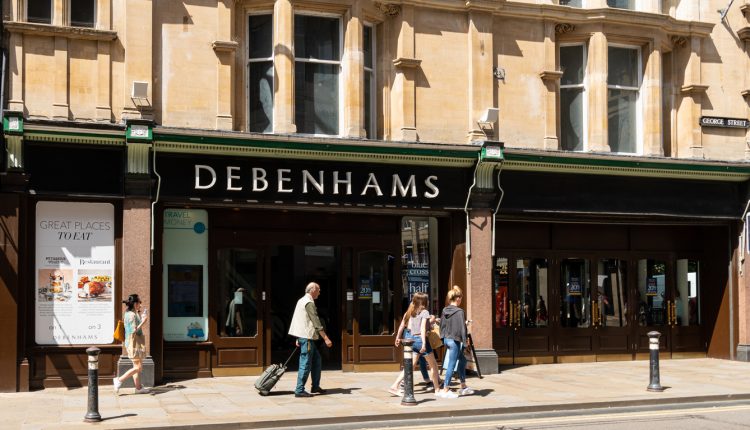 Arcadia was the biggest concession operator in Debenhams, which is currently in administration. Shortly after the announcement of the firm’s collapse, JD Sports – the last remaining bidder for Debenhams – pulled out of talks despite having been close to securing a deal as recently as the end of last week.

Debenhams will now be wound down. It currently operates 124 UK stores and has cut 6,5000 jobs since May; the remaining 12,000 jobs are now at risk.

Both retailers have been hit hard by the COVID-19 pandemic and a loss in customer footfall in city centres.

Arcadia’s collapse had been expected after the chain failed to secure a rescue loan of £30 million. It operates 444 stores in the UK and 22 internationally, and currently has 9,294 employees on furlough. The company’s collapse puts a total of 13,000 jobs at risk.

Arcadia has hired administrators from Deloitte and announced that its stores will continue to trade as options are considered. All orders that were made over the Black Friday weekend will also be honoured.

“We will be rapidly seeking expressions of interest and expect to identify one or more buyers to ensure the future success of the businesses,” said Deloitte joint administrator Matt Smith.

FRP Advisory’s Geoff Rowley, a joint administrator to Debenhams, said that administrators “deeply regret” the decision to close the company, which was forced by current business circumstances.

“All reasonable steps were taken to complete a transaction that would secure the future of Debenhams,” he said. “However, the economic landscape is extremely challenging and, coupled with the uncertainty facing the UK retail industry, a viable deal could not be reached.”

Debenhams will continue to trade to clear current and contracted stock, then close.