Commerzbank to Write Off €1.5 Billion in Goodwill

In addition to the write-off, the Frankfurt-based bank set more money aside as coronavirus risk provisions. 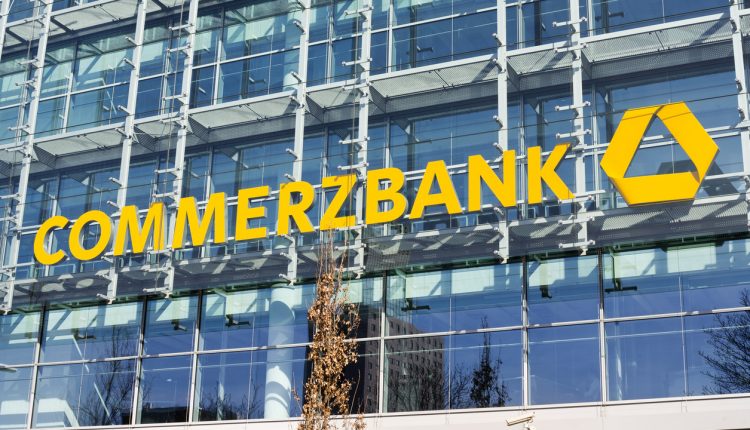 Commerzbank announced on Friday that it plans to write off the €1.5 billion in goodwill that remain on its books due to “deteriorating market conditions,” including low interest rates in Poland and the euro area where the bank maintains a presence.

Further to the write-off, the bank increased its risk provisions, with at least €1.7 billion in bad loan provisions booked. This figure includes a €500 million top-level adjustment for the expected impact of the COVID-19 pandemic in 2021.

These changes, which will be taken for the 2020 financial year, suggest that Commerzbank will post a larger loss than analysts had predicted. Its shares fell as much as 4.1% following the announcement, trading at €5.53 as of 12:09 PM in Frankfurt. Overall, shares in the bank have fallen 4.9% over the past 11 months.

“After this balance sheet clean-up, we are well prepared for the road ahead of us,” Commerzbank CEO Manfred Knof said in the company’s statement. “Our goal is to make the bank more profitable in the long term.”

A former Deutsche Bank executive, Knof took over Commerzbank on 1 January after being tapped for the position last September. He is currently heading up a radical restructuring of the bank, warning that it “needs to undergo a fundamental transformation”.

Last month, Commerzbank said that it would set aside €610 million in the fourth quarter to cover these restructuring costs, and in November warned of the potential for its outlook to worsen depending on how the second wave of the pandemic developed.

Private Rents in UK Cities Fall by up to 12% 2021 Trading Predictions: 5 Things To Watch

In the 2019 financial year, Commerzbank ranked as the second largest bank in Germany by the total value of its balance sheet.