A guide to short selling or shorting, a simple yet high-risk strategy for gaining high returns by betting against a company’s success. 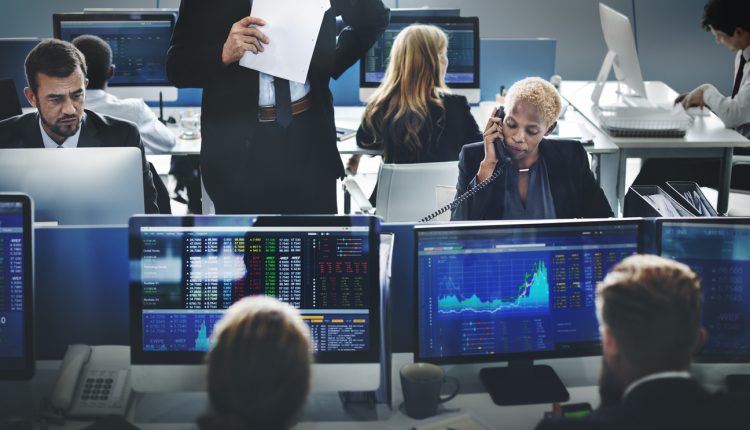 With Wall Street hedge funds’ practice of short-selling stocks coming into focus as one of the causes of the GameStop craze, those interested in following the story will want to know the basics of the strategy and how it is used to make money by identifying companies in decline.

At its core, short-selling is a simple (if risky) process which beginner investors may want to steer clear of until they have grown more experienced at identifying market trends.

Short-sellers take the “buy low, sell high” mantra of regular trading in reverse. They first identify a stock or other asset that they expect will decrease in value down the line. They then borrow shares of this stock from a brokerage and immediately sell them to another investor willing to pay the market price. These borrowed shares must be returned by the expiration date of the brokerage’s loan.

The trader in this instance is hoping that the price of the shares in question will go down after they have been sold, allowing them to purchase them back at a lower price. The difference between the initial sale and the buyback makes up the short-seller’s profit – or loss.

In a hypothetical scenario, a trader could believe that XYZ Company stock is overvalued at $100 and decide to bank on its price going down. They borrow 100 shares and sell them for $10,000, becoming “short” 100 shares, and wait. A week later, reports of XYZ’s poor performance begin to spread, and its stock deteriorates to $50. At this point the trader buys 100 shares back and returns them to the lender.

Ignoring possible costs associated with the short position (as explored below), the trader in this case would gain $5,000 from buying their shares back at half the price for which they initially sold them.

There are some technical factors involved with short-selling to consider too. Opening a short position requires a trader to have a margin account; different brokers will have their own set of qualifications an account must meet before they allow margin trading. Traders will also likely pay interest on the value of their borrowed shares while their position remains open, and may of course need to pay a commission fee depending on their choice of brokerage.

Short-selling is fundamentally different from standard equity trades. When you buy stock with the expectation of selling it higher, but the price doesn’t go the way you expected, the maximum loss you will make is equal to the value of the stock you purchased.

This is not the case when you bet for the stock’s price to go down. As there is no limit to how high a stock’s value may rise, you stand to make technically infinite losses should you misjudge your position. While large financial organisations may be able to cover such losses through other avenues, smaller investors can and have gone bankrupt by placing short positions on stocks that then ballooned, which is why most traders are advised to avoid them – or at least not to concentrate in them.

Some investors also see an ethical issue with short-selling stocks, as it carries the perception of “betting against the home team”. While shorting itself does not necessarily damage a company, and some economists argue it can provide liquidity and drive down overpriced securities, a more harmful variant of the practice involves traders taking a short position before spreading malicious disinformation about a company to drive its stock down. This “short and distort” tactic has grown in usage as social media has made it easier for investors to communicate and share stock tips.

It is unclear whether the firms that recently shorted GameStop did so maliciously, though Citron Research – one of the hedge funds at the heart of the craze – has now pivoted away from publishing “short reports” altogether following trader backlash to the practice, focusing instead on long position opportunities.