How Finance Can Help Save the Planet

Though financial institutions have played an outsized role in climate change, there is still time for large and small investors to contribute to a green renewal. 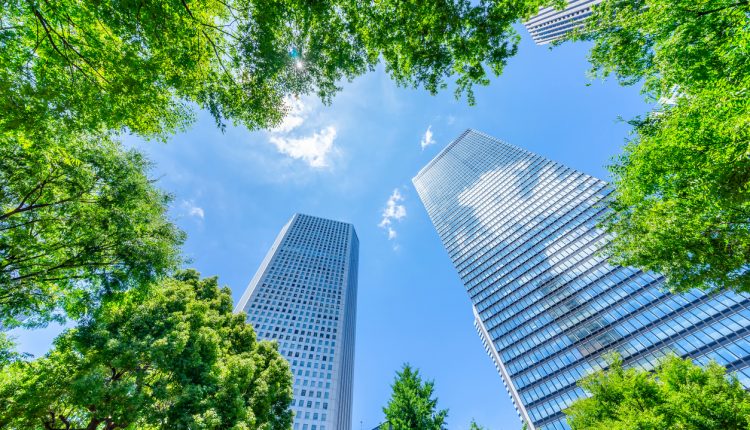 Finance and the banking sector, more often than not, get credit for, or have the infamy of being the destroyers of the planet, rather than a force for good. Corporate social responsibility initiatives make small gestures, very frequently for the sake of public relations or to appease a certain contingent of investors, but banks and the financial services industry are still very much in the business of making money for their executives and shareholders at all costs.

Because the global economy and political order is so dependent upon finance, however, rather than being an unavoidable destroyer of the planet – in fact, very much to the contrary – finance is actually, perhaps uniquely, positioned to save it.

Many of the more sustainable banks and green energy funds around the world already invest a significant amount in renewable energy. The world’s biggest and most influential banks, unfortunately, continue to put a tremendous amount of their capital into fossil fuels because it remains profitable. Barclays, BNP Paribas, Chase Bank and Goldman Sachs are all key players in international finance and they are all, for the time being, inextricably linked with the perpetuation of the global fossil fuel industry.

The World Bank and other development banks around the world are already focused on and investing in ways to make agriculture more efficient and sustainable in developing countries. Climate change, population grown and accompanying land use changes are all putting strain on not only the ability of countries to feed their populations, but also on the surrounding ecosystems and biodiversity.

From international finance’s perspective, investments in sustainable agriculture aren’t just good for the environment, but they can also have a positive impact on the bottom line. Investment in better agricultural techniques is not only something that will help the global south, but stands to have significant positive economic and environmental impacts in northern countries as well.

90% of waste is openly dumped or burned in low-income countries. This inevitably means that much of it either ends up polluting the earth, becoming a major health hazard for the surrounding, largely poor communities, and making its way into rivers and oceans, contributing to the degradation of marine ecosystems, threatening commercial fisheries, tourism industries and much more.

Finance could make it part of their corporate social responsibility mission to help provide governments and communities with the means to better handle solid waste and it could be done in a way that reflects both a social and environmental conscience, as well as an interest in a positive return on investment.

Help Develop a Market for Ecosystem Management and Restoration

It is difficult to quantify the economic value of a rainforest or a coral reef. Difficult, but not impossible. The worth of a healthy reef or forest can be measured in its contributions to local livelihoods and economies through tourism and fishing; the amount of carbon it captures; and the protection it offers against land and ocean-based natural disasters like soil erosion, coastal erosion and tsunamis, among other ways. Investments in projects which seek to repair and preserve don’t need to be thought of as purely philanthropic ventures, but sound business investments as well.

Reorienting and redeploying significant amounts of international capital, controlled and managed by the world’s largest banks and financial institutions, will require both a philosophical shift as well as the legitimisation of the idea that saving the planet is something that can and perhaps should be done with a profit motive in mind. The above examples are by no means exhaustive, but they represent some of the most meaningful things we, as a species, could do with the considerable amount of wealth our economic activities generate every year.

The Top Benefits of Optimising Your ERP Systems

The Deutsche Bank of Switzerland