The Rise of the First Digital Cryptocurrency

Bitcoin was created in 2008 in the face of the global financial crisis. How did it come to be, and how is it related to the blockchain? 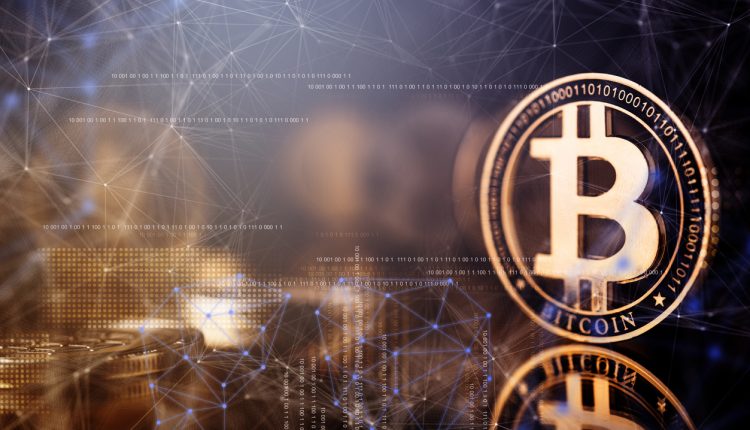 This is a revolutionary cryptocurrency that did not generate much publicity when it was developed in 2008. But, over the following decade, Bitcoin would grow in both its popularity and its use among businesses and organisations around the world. If you’re wondering about the background of this cryptocurrency and what propelled this kind of meteoric rise to a market cap of over $1 trillion, we cover everything you need to know below.

Bitcoin was created by Satoshi Nakamoto in 2008, along with the help of other supporters of Nakamoto and its cyberpunk movement. Bitcoin, also known by its ticker BTC, is a distributed cryptocurrency that it is powered by blockchain technology which is a decentralised, peer-to- peer electronic cash system also developed by Satoshi Nakamoto and other developers that worked on the network.

Bitcoin was launched when the world was facing a global finical crisis. Hence, the blockchain network was created in a way that allows it to function based on the input of its users and without the influence of third parties and financial institutions.

The popularity of Bitcoin started to grow after the first halving that occurred in 2012, and the price has surged to $12, which may seem as insignificant movement, but at the time, it showed that the number of supporters in Bitcoin was increasing.

Also, the primary option in obtaining Bitcoin was through mining, and as the number of supporters was growing, there was a need for potential users to trade, reach a consensus about the price of BTC, and make Bitcoin accessible to a wider audience.

These trading sites act as either brokers or dealers, and users are able to exchange fiat currencies into BTC and vice versa. The first exchange platform was Bitcoin Market, established in February 2010. It doesn’t exist today, as there were technical and security issues. Nowadays, technology has progressed significantly, and there are lots of different trading sites that offer a lot of options for their users along with high-end features.

But also, the popularity of Bitcoin has been boosted thanks to automated trading sites that make trading easier and more accessible to crypto newbies. An automated trading system executes trade automatically and quickly, without serious input from the users. In fact, you only need to spend about 20 minutes setting up your account and trade live. If you want to trade on some of these sites, you can register by investing $250.

The demand for BTC was going up, and so was the price, because Satoshi Nakamoto established a decentralised blockchain system that cuts the available supply in half every four years or when 210,000 blocks are mined.

Today the block award is just 6.25 BTC, which makes the mining process more expensive and less profitable for solo miners, which is why they work together or establish mining farms and pools.

But, what’s more, the entire number of BTC is capped at 21 million. This also helped with the popularity of Bitcoin because it means that the supply is predominantly smaller than the demand, and as the demand was significantly increasing, the supply wasn’t rising at the same pace as the demand, and this is why the price is surging.

Lastly, the support from reputable investors only solidifies the position of Bitcoin as a precious cryptocurrency, and we see a lot of big brands like Starbucks, Microsoft, PayPal, and Tesla accepting Bitcoin payments, which only further helps with the mass adoption of Bitcoin. In conclusion, Satoshi Nakamoto designed a cryptocurrency that is not only rare but has created a blockchain network that propels its growth.

Exactly How Far Can Ecommerce Expand By Taking Cryptocurrencies?