How Does Trading Forex With Bitcoin Work?

The foreign exchange market (Forex) is the largest and most liquid market on the entire planet. As per data from a 2019 Triennial Central Bank Survey, the daily trading volume in the forex market has reached a staggering $6.6 trillion, up by more than 25% compared to 2016. 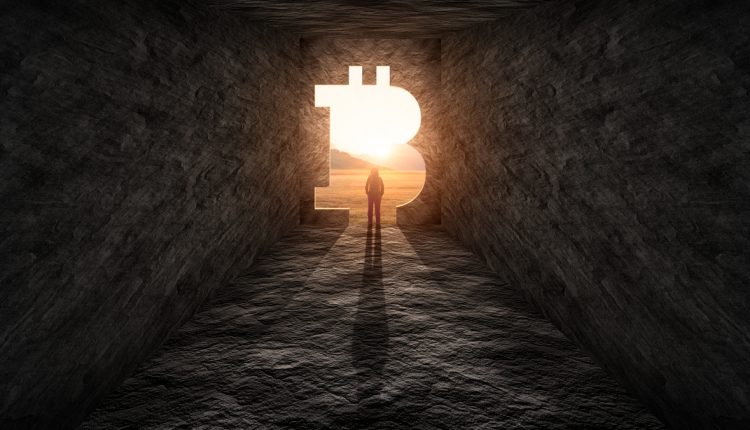 Bitcoin has evolved to be an outstanding speculative investment, capable of delivering lavish returns. It is the most widely traded cryptocurrency, and given its volatility, one of the most attractive options for day traders. All around, Bitcoin has managed to draw the attention of numerous forex brokers, and is widely available to be traded as part of the BTC/USD currency pair.

Bitcoin is a decentralised peer-to-peer digital currency, implying that it is not issued, regulated, or backed by any central bank—which is a stark contrast compared to the world’s leading fiat currencies. Despite its broad use-case, Bitcoin is still largely unregulated internationally.

However, certain countries have enacted a variable amount of regulatory oversight regarding Bitcoin, while some have even proceeded to grant it legal status. In some parts of the world, Bitcoin is becoming more accessible, with certain small business payments software facilitating payments in Bitcoin. In other areas of the globe, Bitcoin faces an outright ban. In this sense, the extent to which one can use Bitcoin when trading forex will largely depend on the applicable regulatory jurisdiction.

In the United States, there are two bodies most concerned with Bitcoin: the US Securities and Exchange Commission (SEC), and the Commodity Futures Trading Commission (CFTC). The SEC Chair has asserted that Bitcoin is not a security, while the CFTC, back in 2015, had classified it as a commodity.

However, it is worth mentioning that due to the fragmented legal system in the US, there is both a federal law and a state law. While federal law generally supersedes state law, the latter can still vary drastically from state to state. For instance, back in 2014, Hawaii released a Bitcoin Warning, banning all Bitcoin transactions in the state. The state has since lifted the ban, yet continues to endure a more restrictive stance.

On the flip side, states like Texas, California, Colorado, Ohio, and Wyoming have progressed to be exceptionally crypto-friendly. Just recently, Texas allowed banks in the state to store their clients’ crypto assets. Likewise, in 2019, Colorado passed legislation to exempt cryptocurrencies from state securities laws under certain circumstances.

Canada, similar to the US, considers Bitcoin a commodity, viewing Bitcoin transactions as barter transactions. Russia, on the other hand, regards digital financial assets, which include Bitcoin, as property. In 2020, Russia had banned crypto from being used as a payment method. Earlier this year however, the country partially lifted this ban and allowed for crypto to be used as a “contractual” payment. The United Kingdom also considers cryptocurrencies as property.

China started an aggressive crackdown on cryptocurrencies and Bitcoin this year. Consequently, the country has banned its citizens from trading virtual currencies. Moreover, China has also banned financial institutions and payment firms from providing services to crypto-related companies.

Iran, just recently, drafted a law that prohibits crypto to be used as a means of payment. However, the country aims to support crypto mining and bring regulations to its domestic exchange market.

El Salvador is the only country that considers Bitcoin as a currency. In June 2021, the country’s Congress voted Bitcoin as legal tender. As a consequence, El Salvador became the first country in the world to adopt Bitcoin as a national form of payment.

Trading Bitcoin in the Forex Market

In general, a trader can use Bitcoin to participate in the forex market in two ways: Trading Bitcoin as part of a currency pair like BTC/USD is hypothetically similar to trading conventional forex currency pairs. In like manner, deals for buying and selling, stop loss, and take profit orders are placed.

However, due to Bitcoin’s intrinsic features and the fact that it has been around for a considerably short time, in certain areas, Bitcoin emerges to be different from traditional currencies.

For one, Bitcoins are created through mining and have a controlled supply which cannot be altered. This eliminates the possibility of a sudden increase in supply, which would decrease the value of a Bitcoin. On the contrary, fiat currencies are subject to the supply uncertainty originating from central banks.

Moreover, Bitcoin’s total supply is limited to 21 million, and its value is associated with the fundamentals of the crypto market — not a specific country, economy, or central bank. On the other hand, currencies are largely reliant on central banks. Thus, a shift in monetary policy can cause notable swings in currency prices.

Nonetheless, there are limited derivatives and other paper contracts around Bitcoin. A number of brokers are creating new contracts to allow investors to buy Bitcoin on margin, still, such contracts are very bounded. In contrast, currency traders can benefit from the abundance of over-the-counter (OTC) contracts and boost their leverage using the extensive list of contracts.

Finally, another major contrast between Bitcoin and Forex is the subject of liquidity. Bitcoin’s market cap is currently estimated at $650 billion, while forex is a $6 trillion market. Naturally, this implies that there is substantially more liquidity in the forex market and that Bitcoin is subject to a volatile trading atmosphere.

Numerous forex brokers including AvaTrade, eToro, and LiteForex do offer Bitcoin trading. However, many brokers are limited to offer contracts for difference (CFDs). Considering CFDs are not allowed in the US, Americans should be heedful of the possible legal implications.

Moreover, given that the world’s trusted forex trading platforms are not Bitcoin-based, they are most likely to go through a traditional cryptocurrency exchange. Subsequently, this raises the question of whether these brokers do anything other than allow users to trade Bitcoin through existing crypto exchanges.

Bearing these points in mind, it would be more beneficial for investors to trade Bitcoin using a traditional cryptocurrency exchange — at least until forex brokers grow more prosperous in their Bitcoin offerings. Still, it is worth mentioning that not all crypto exchanges offer cheap trades.

For instance, Coinbase, which is the most recognized cryptocurrency exchange across the US, happens to be among the most expensive exchanges. Coinbase can charge a trader up to 3 distinct fees in a single trade. When comparing Coinbase with eToro in terms of fees, eToro turns out to be cheaper.

However, another crypto exchange, Binance.US, can be cheaper than almost all brokers. Binance.US charges a flat 0.1% spot trading fee. In comparison, eToro charges about 0.75% for Bitcoin trades, and Coinbase charges 0.5% for trading fees plus a flat fee of up to $2.99 per trade. Further, Binance.US charges no fee for cash deposits or withdrawals by ACH bank transfers.