What PayPal’s Decision to Accept Cryptocurrencies Means for Traditional Banking

PayPal’s announcement that it is opening its network – and all its merchants – to accept Bitcoin transactions and payments was widely seen as a monumental moment for the mainstream adoption of crypto. PayPal has been – to date – one of the largest companies worldwide to give open access to cryptocurrencies and make it easier for merchants around the world to accept crypto. People believed it would be a major move in raising awareness and acceptance of Bitcoin, as well as one that would link crypto transactions with traditional finance. 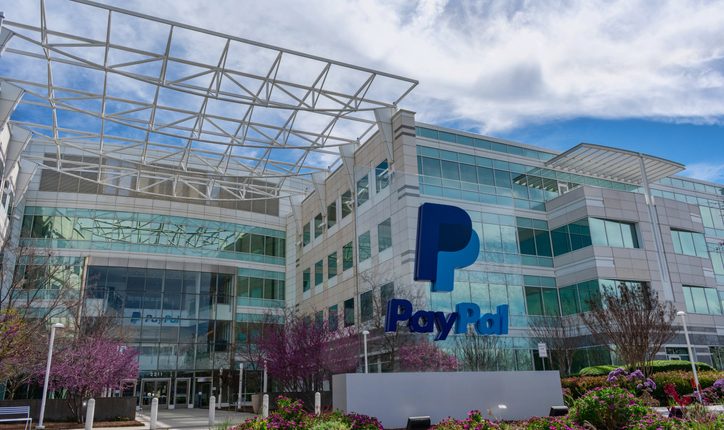 Arguably, the move is a very good one for PayPal. PayPal’s crypto play seems to have brought more users and higher transaction volumes to its platform. More users than ever before are moving to crypto, particularly younger people and millennials internationally. It has served PayPal well to get in there early.

This move was also great for Bitcoin. It certainly brought them media attention. It also helps the world see how Bitcoin – and crypto – can be made user-friendly and safe in a multitude of uses. It makes a statement to the world that Bitcoin is good, works and has use cases. PayPal’s acceptance of Bitcoin and crypto spells out in big letters to any critic claiming crypto is just for scams or crime that Bitcoin is ok.

Yet, in many ways, this move benefits PayPal more than it does Bitcoin. Bitcoin already has its users, anyone who really wanted to buy Bitcoin by now already will have done so. PayPal however has been rather static. Crypto is a new offering for its users and a new way to attract both more users and more transactions. There isn’t really a reason to check Paypal’s app on a daily or frequent basis, unless users are making a transaction. Accepting crypto means that the amount of times its users check the app – and its transaction volume – has gone up!

PayPal has around 350 million users and 26 million merchants. At the time PayPal started to accept Bitcoin transactions, in October last year, the market cap of PayPal – approximately $250 billion – was roughly the same as that of Bitcoin – approximately $240 billion. Now, PayPal’s has gone up to around $280 billion. Bitcoin, however, is currently hovering around $750 billion and has gone far past that previously. PayPal is, in many ways, replaceable. Sure, PayPal has many users and has first user advantage for the service it offers (and strong backers) but, in theory, PayPal could be replaced by another similar app with a better user experience, cooler marketing and a better brand to appeal to a bigger and younger audience. On the other hand, it’s hard to imagine that Bitcoin could ever be fully replaced. For sure, there are thousands of other cryptocurrencies, but they are simply not the same, for many reasons. Bitcoin has first mover advantage, is trust, safe, secure, has a great ecosystem of loyal (and highly skilled) supporters and developers, a big user base and is developing rapidly as well as other differentiating factors.

PayPal’s acceptance of Bitcoin and crypto spells out in big letters to any critic claiming crypto is just for scams or crime that Bitcoin is ok.

It’s not yet known how much Bitcoin and crypto holders will use PayPal to pay with Bitcoin. Generally, most Bitcoin holders want to hold on to the digital currency for the long term, in the belief that it will go up in value. Bitcoin tends to be seen as a nest egg rather than a spending pot.

PayPal’s public endorsement of Bitcoin is great. But it doesn’t change as much as one would think, either for Bitcoin, or PayPal, or traditional banking. Any merchant or user accepting Bitcoin via the app won’t actually receive Bitcoin. The digital currency will be converted in same time to their choice of fiat currency, meaning that as far as they’re concerned, they receive fiat. Had PayPal enabled its merchants to accept and hold money in Bitcoin, and to make other payments in Bitcoin, that might be a slightly different story.

PayPal has indicated they are keen to work closely with regulators and governments to ensure legal compliance in their crypto offering. This will also be true of the many other payment firms looking to accept crypto or already that have a crypto offering. This will potentially help regulators come up with ways to make it easier for other crypto related offerings to get regulated and thus be accepted and used in traditional finance. Other payments firms may also follow Paypal’s lead, making crypto the norm rather than the exception in the roster of offerings expected of traditional finance.

So is PayPal’s acceptance of Bitcoin likely to drastically change anything for traditional banking? No, probably not. The move helps win over some new users for PayPal, ups its transaction volume and increases visits to its app. This in turn could help PayPal come up with new ways to monetise its platform. It’s helped prove the legitimacy of Bitcoin, and more broadly crypto, and is another message to traditional finance that accepting crypto will become far more mainstream soon. Even if traditional banks start allowing their users to accept crypto transactions, most likely they will be cashed out into fiat in live time, just as is happening now with PayPal. Will this move be the one that makes traditional banks open up Bitcoin custody offerings to all their clients? No. Not yet, at least.