For a long time, an IPO was synonymous with a public offering, but the growing popularity of the SPAC track is challenging this perception. Startups now have a viable alternative path through Special Purpose Acquisition Companies, which, in many cases, saves them the struggle of preparing for an IPO and gets them faster access to cash. 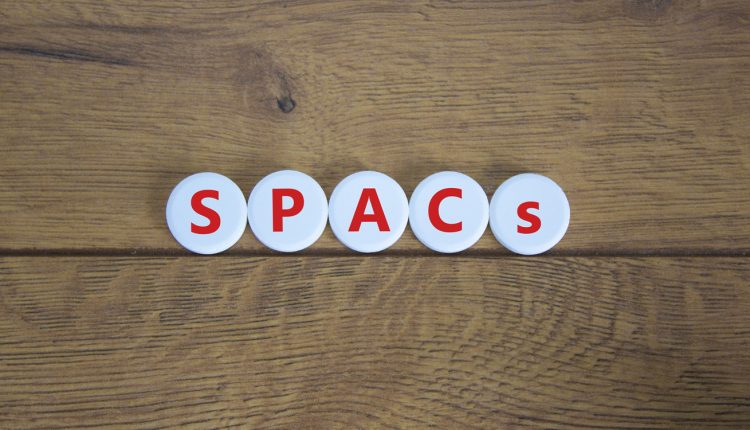 SPACs flip the usual process on its head. A SPAC is formed by wealthy sponsors who come together and create a company with the purpose of listing it on a stock exchange. They then have two years to find a target company to merge with who wants to go public. People are able to invest even before a target is found, despite there being the SPAC having nothing to sell. Eventually, the SPAC and target company merge, which in effect takes the company public without needing an IPO.

The market has grown considerably in the last decade. In 2013, there were 10 SPACs with roughly $144 million in assets. When you fast forward to 2020, 200 SPACs went public and raised more than $70 billion. This is a massive increase to rival the IPO market.

There have been several high-profile companies to go public via the SPAC route in recent years, such as Virgin Galactic, DraftKings and Nikola. These are all multi-billion dollar companies that shone the spotlight on the method. The question of SPAC vs IPO is now a real dilemma for founders. Will the boom continue into 2022?

Money looking for a company

The IPO is well-known to be a long, difficult process whereby a startup can spend months dealing with investment banks to get everything ready. It demands a lot of effort from the founders and their teams.

On the other hand, SPACs bring the money to them. As the sponsors are usually industry leaders or experienced financiers, it makes the job much easier and cheaper for the founders. These third parties have all the information and know-how to guide the startup to where it needs to be to initiate the reverse merger.

High-flying SPAC sponsors are also great members of the team for startups even once the company is public. It’s a way for a startup to add a valued and trusted advisor to their team who has a vested interest to help them succeed.

Sponsors themselves may prefer investing through SPACs because they can find out more about the future of a company before investing whereas this isn’t allowed in a traditional IPO process because of the liability risk associated. The reduced formality can be a boon for those who like to get their elbows dirty.

Another advantage for founders is that the initial volatility of a SPAC public offering is usually much lower than an IPO. We’ve seen huge surges in the stock prices of IPOs such as Bumble and Snowflake in 2020, which leaves money on the table. Traditionally, companies have put off their IPO for significant periods when the market is volatile and they wait for favourable conditions. Going through a SPACs takes out any reason to delay and means the startup can get the funds it needs in a more timely manner. If harmony with the shell company’s leadership is there, the speed of the process can be lightning fast.

The tried and tested method

There are compelling reasons for startups to stick to the IPO method though. These tend to get far more coverage in the press, and this visibility can be a major lead generation source for companies. Potential customers and retail stock investors may have only heard of them because they were in the news about their IPO. As SPACs are relatively new, they foster less of an attraction for long-time entrepreneurs who dreamed of an old-school public offering.

There’s the potential for long-term gain, too, with an IPO for investors and this is reduced with a SPAC. One comprehensive study by Renaissance Capital showed that the common shares of companies that went public via a SPAC on average lost -9.6% vs the average return of an IPO, which was 47.1%. Only 31% of the SPACs in the study had positive returns. IPOs may be favoured by general investors because they are able to get in at a lower price.

The transparency aspect is another major signal for potential investors. Going public through an IPO signals the company has nothing to hide and has been investigated thoroughly by its partner institutions. This can increase trust when it comes to requesting loans. Those who invest in a SPAC before it has chosen its acquisition target are almost going in blind and are heavily dependent on the competence of the managers to make it pay off.

When market conditions are favourable, the IPO route is more favourable for investors who may turn away from SPACs to invest their money actively instead. Until a SPAC has chosen its target, investors see minimal returns at best.

While a SPAC might be seen as a shortcut to going public, it still has to be a successful business to perform well as a growth stock. It ends up in the markets all the same, and if the fundamentals or potential isn’t there then it can collapse all the same. The method of public offering doesn’t change a huge deal in investor’s minds after the initial hype cycle.

The longer process of an IPO can actually be beneficial to a company as it ensures all the correct due diligence has been done. SPACs seem to be decreasing the time from formation to merger, which could backfire spectacularly. As a public company, the startup will need to report its data and be transparent. Rushing this through a SPAC could lead to more headaches in the future.

While the growth in the number of SPACs has increased significantly, there are growing signs the process is already less hot than it was a few months ago. There were 300 SPACs formed in Q1 2021 but less than 50 in Q2 and only 16 in July. As of yet, this slowdown isn’t spooking those in the market, but it should give those who are predicting a revolution reason to pause.

While SPACs are likely to form a larger part of the market in the long run, it’s far from certain 2022 will be the bumper year. With everything related to the pandemic hopefully settling down, the conditions for an IPO will likely be more attractive than it has been in 2020 or 2021, so we may see a slight slowdown in fact.

A Closer Look At The Growth Of The Digital Assets Market