After a record-breaking start to the year, things are not shaping up well for Special Purpose Acquisition Companies (“SPACs”). These are the listed shell companies that invite investors to participate as they seek to make acquisitions that will cause their share price to explode in value. A few months ago, they were all the rage. Investors could not get enough of them. 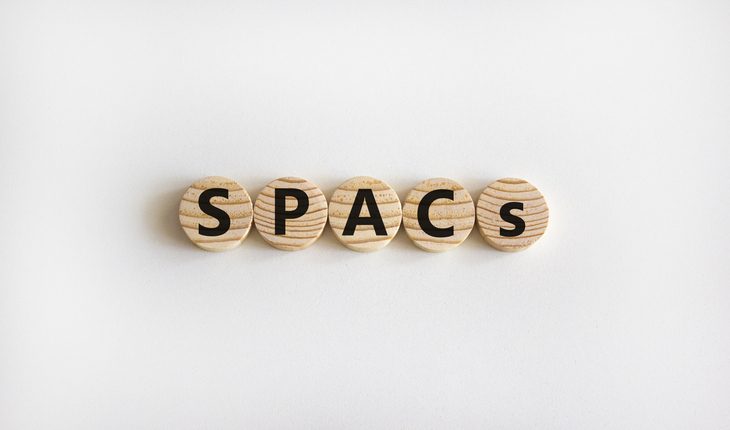 Like everything else in the fantabulous Age of Extreme Speculation, the SPAC bubble looks to have deflated as they experience something of an ‘Emperor’s new clothes’ moment. It’s happening just as cryptos are bursting and the whole disruptive tech theme seems to be unravelling… which is maybe a good thing. It’s bound to throw up bargains! On the upside – SPACs that have made their acquisitions are tangible, so there will be some residual value (even in Virgin Galactic!). And SPACs that are yet to pounce to buy private firms can now expect to acquire their targets cheaper!

SPACs are very much a child of this age of fervid expectation, which was founded in how quickly the adoption of new tech is going to change the world. Everything from space tugs to hydrogen cars was apparently possible – whatever the realities of profits and costs suggested. Just a few months ago SPACs were perceived to be the simplest route into hot new companies across the disruptive tech market – new EV makers, spaceships, health and sports firms.

It didn’t seem to matter what the acquisition was or what it cost. As long as it fitted the supposed paradigm shift that all-new tech will be worth gazillions… They were so successful they looked like they were replacing the traditional IPO structure to bring new corporates to market.

Now the deals are looking far less lustrous as the old SPACs tumble in value, the whole disruptive tech sector undergoes a fundamentals-driven re-assessment, regulatory questions are asked the way they’ve been marketed the deals, and the reputations of key SPAC sponsors, like Chamath Palihapitiya, are put in the spotlight.

SPACs sound complex but are very simple. A sponsor asks investors for money to go buy private companies to take public – the upside is how much higher the new public entity will trade. It worked through 2020 and early 2021 on the belief SPACs are driven by extremely smart financiers with “inside” access to the best new deals. Participants were buying into their deal-making skills, knowledge and contacts.

Everyone laughed at the notion that giving a financier might be in any way similar to a famous 1690 stock offer when an Englishman launched an oversubscribed 2000 guinea capital raise for a “Company whose purpose is not yet known”. He ran off with the money. Despite research by the Edge Consulting Group showing most SPACs lose money in their first few years, over $200 billion of new deals have been issued in the past 18 months.

Why were investors so attracted to them?

For the past 15 years, the dominant trend in equity markets has been privatisation – whereby private equity companies have financed startups, taken public firms private, and the float of public, investible equity has tumbled by some $4 trillion. That contraction in the total size of the equity market has been one reason stock markets have risen since the global financial crisis.

One justification for SPACs was that they allowed investors access into private debt – by buying into the initial SPAC even before it was apparent what the acquisition would be, the SPAC buyer was first in the queue as firms went public. All the power was in the hands of the SPAC sponsor. That’s why Palihapitiya looked so successful – he was seen as the man with the Midas SPAC touch and all the right connections.

But the reality is a SPAC is no different from any other firm once it has made its play. No matter how sexy the acquisition target, no matter how hyped the story – it still has to be a good firm, that is worth bringing to market. That’s what the IPO process does – providing information and time for buyers to analyse documents, evidence and consider new firms.

Pershing Square’s market legend Bill Ackman, who led its highly successful Tontine SPAC, recently explained there are no barriers to SPACs, but investors should be focused on the sponsors to see if they understand how targets meet the following criteria:

Ignore these critical deal/industry/target requirements, and any deal will likely go badly wrong. Do the work on the SPAC target, and what the sponsor brings to the deals, and if they make sense. Then still invest on a careful basis. If you don’t know the target – price that risk accordingly.

At their most basic, SPACs simply circumvent the depths of the IPO process – and the hallmark of periods of extreme speculation is a suspension of disbelief and a lack of due diligence!