Why Is Britain Facing A Supply Chain Crisis?

In recent weeks, the UK has been plunged into a supply chain crisis, with extensive queues outside petrol forecourts, energy suppliers going bust, and major retailers’ stock levels at their lowest since 1983. 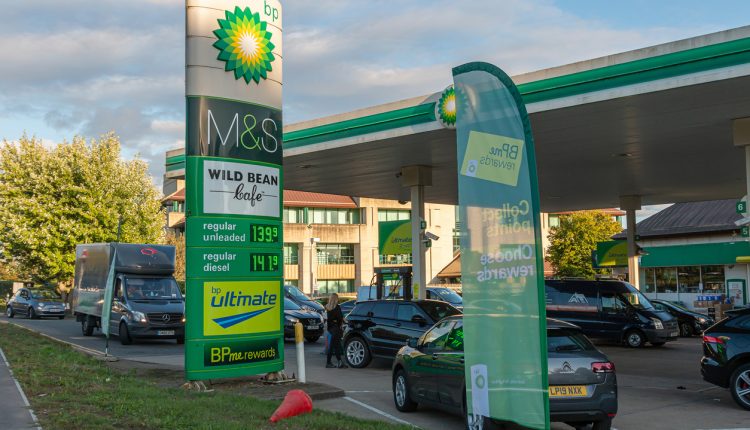 A recent report by accountancy firm Grant Thorton revealed that there were nearly 1 million job vacancies in the UK, with around half of this figure being in the food and drink industries which have heavily relied on an EU workforce for the past 20 to 30 years. While this might imply that Brexit is to blame for the UK’s supply chain crisis, the government and other prominent figures are insisting that the crisis is being caused by the lingering impact of the pandemic, making it difficult to understand what exactly is at the root of the problem.

Many industry bosses are blaming Brexit for the crisis, claiming that there’s a substantial lack of British workers filling the gaps left by Brexit in the haulage industry, hospitality industry, warehousing, and the meat production sector. In 2019, the average percentage of EU workers in meat processing companies stood at approximately 70%, according to BMPA.

Similarly, a March 2016 KPMG report for the British Hospitality Association showed that between 12.3% and 23.7% of the UK’s hospitality sector’s workforce was made up of EU nationals. At the time, KPMG estimated that the sector required 62,000 EU migrants per year to be able to maintain current activities and grow.

According to Grant Thorton, 1.3 million foreign-born workers had left the UK since the beginning of the pandemic and yet to return.

The Impact Of The Pandemic On The UK’s Supply Chain

However, as the supply chain crisis spread to petrol stations up and down the country, transport secretary Grant Shapps dismissed claims that Brexit was at the root of the problem. He insisted that coronavirus was to blame and said that the shortage of lorry drivers in the country was due to the fact that 40,000 HGV driving tests could not take place because of the pandemic. There have also been ongoing Covid-related restrictions in some large manufacturing countries such as Vietnam, with Hanoi continuing its strict lockdown measures across 10 districts in early September.

“Consumers are crazy to buy things because the world is awash with dollars from government stimulus, higher savings and pent-up demand. PlayStations, laptops, phones, gym equipment – you name it people are trying to buy it,” he says.

“Higher demand and restricted supply equals inflation: there’s no way out of it. You put all these things together and it’s a perfect storm.”

The chief executive of the Cold Chain Federation, Shane Brennan, also agrees that the pandemic is to blame for the UK’s supply chain crisis, but he also pointed out that Brexit was limiting options for solutions.

Are New Immigration Laws Contributing To The Supply Chain Crisis?

Some critics argue that Home Secretary Priti Patel’s decision to shut the door to low-skilled workers in new immigration laws is the major contributing factor in the UK’s supply chain crisis. A spokesperson for the British Meat Processors Association (BMPA), which commissioned the Grant Thorton report, said that EU policy was not to blame for the issue. Instead, the BMPA blamed the Home Office’s domestic policy on who can and can’t come to the UK to work.

Retailers, meat processing plants, care homes, hospitality, and even big companies such as Amazon, are all competing for low-skilled, low-paid workers who are in very limited supply. This means that, even if there were plenty of lorry drivers on the roads, the UK’s supply chain would still have come under substantial strain from labour shortages.

Initially, the UK government rejected all calls to attempt to resolve the country’s supply chain crisis by issuing short-term visas to lorry drivers and workers from the EU, insisting that Brexit was the solution. However, in a major u-turn, the government has since confirmed a temporary visa scheme for 5,000 foreign HGV drivers as well as 5,500 poultry workers. The move aims to provide last-resort means of avoiding an escalation of the UK’s supply chain crisis before the festive season, with the government also announcing increasing funding for training and releasing a letter encouraging ex-HGV drivers to return to their former profession.