With the price of Bitcoin reaching an all-time high recently, cryptocurrency is once more a hot topic among investors. 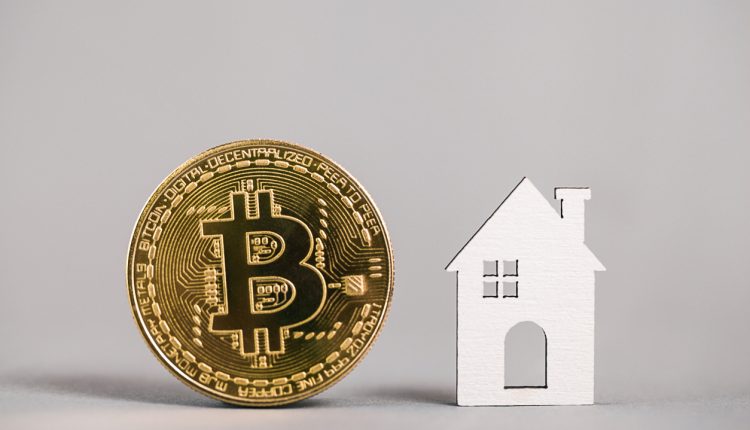 Hindsight can be both a wonderful and terrible thing, and in this recent study, analysts from Point2Homes pose the following question: “If you had the money to invest in either Bitcoin or a down payment on a home in 2017, what would your earnings look like if you decided to cash in in 2021?”

Here’s what the figures revealed.

Bitcoin was only created in 2009, and it took eight years to breach the $1000 mark in 2017. Since then, and following a rollercoaster of spikes and crashes, it peaked at an all-time high of $68,000 in November 2021. Despite its volatile and speculative nature, a retrospective glance reveals an asset that packed the potential for very high returns.

The 5-year market analysis highlights the fact that, across the board, investing in Bitcoin has yielded higher returns than real estate investments. Bitcoin investors in Manhattan, NY, and San Francisco, CA are leading the charts five years later, seeing a crypto wallet boost of over $18 million and $16 million, respectively. In fact, the Manhattan market has seen a home price drop of 31%, meaning that those who invested in a down payment in 2017 could now be counting losses of around $450,000 if they were looking to sell.

Overall, the California market is leading in 2021, with four cities in which the median home price has exceeded $1 million, and potential Bitcoin gains soaring above $10 million. San Francisco, Fremont, San Jose, and Irvine are topping the charts in terms of well-performing real estate investments, yet despite such gains ranging from $226,900 to $440,020, they have a lot of catching up to reach the lower threshold of $10M set by Bitcoin gains.

The staggering increase in Bitcoin prices means that, despite median home prices also enjoying an upward curve since the start of the pandemic, crypto investments were the best choice. Even in markets that have seen a significant home price appreciation, such as Bronx, NY (150% median home price increase), Boise, ID (114%), and Brooklyn, NY (98%), the gap between real estate vs Bitcoin gains can be measured in millions of dollars.

Bitcoin also trumps real estate in terms of financial gains in markets where the down payment was significantly below the $10K mark, such as in Detroit, MI. Those who invested as little as $6,552 on a down payment in 2017 saw real estate gains of around $28.78K, in spite of the 88% median home price increase. Meanwhile, investing the same amount in 7 Bitcoins would have resulted in a $420.570 gain.

Weighing Out The Pros And Cons

Investment decisions hinge on more than just the fear of missed opportunities. In the Bitcoin vs real estate debate, traditional conventions place the emphasis on the latter. The past five years, however, may shed a different light on the marketplace.

Real estate doesn’t have the same high historical returns as stocks, for example, yet it is a tangible asset with intrinsic value. It lends itself to multiple investment opportunities, and despite the high initial costs and maintenance, it is a regulated asset that can generate long-term returns.

Bitcoin costs significantly less to acquire, and in the past 5 years alone, it has increased in value by 6,319%. The drawback is that it’s still a high-risk, high-reward investment. For example, a single tweet can cause fluctuations in the price of Bitcoin, which is enough to highlight the volatile nature of this asset. And even though blockchain technology promises exciting applications in the near future, the environmental concerns associated with crypto mining are still on the table.

The crypto market is currently worth over $3 trillion, and some financial experts believe that it won’t be long before it becomes mainstream. However, not everyone shares this enthusiasm. In June, El Salvador became the first country to recognize Bitcoin as a legal tender. At the other end of the spectrum, China has banned not just crypto mining but also declared all crypto-currency transactions illegal. And it looks like India may soon follow suit.

The prices of both real estate and Bitcoin have seen a significant increase since 2017. However, the next five years may paint a completely different picture. For now, and despite some drastic price fluctuations, it looks like those who would have invested in crypto five years ago would now see significantly higher returns than those who invested the same amount in real estate.