Does Humour Have A Place In Insurance?

Ed Halsey shares his opinion on the insurance industry’s need for humour. 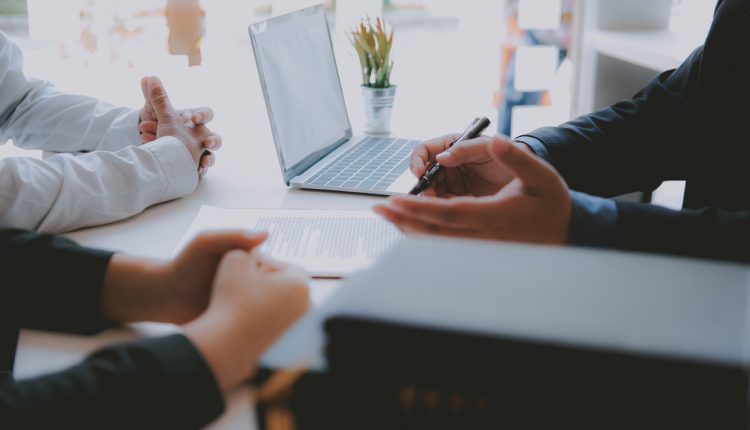 The danger, when discussing the topic of humour in an industry like insurance, is that you come across as a David Brent-like figure, desperate to break free of a boring profession in an effort to become “a friend first, a boss second, probably an entertainer third.”

Making that observation, however, strikes at the heart of a real and profound problem in insurance: I described the industry as “boring,” but I can’t imagine a single reader leaping to their feet in a fit of outrage at this insulting generalisation. Of course, they won’t – insurance is boring. No wonder it’s on the verge of a serious identity crisis.And this really isn’t an exaggeration.

Insurance is facing a ticking time bomb as every second takes it closer towards a world dominated by a younger generation who have no patience for the slow, stuffy, wordy excesses of an industry which has no hold over them.

As such, the possibility of adopting a more light-hearted mode of expression in insurance isn’t just about trying a zany new marketing tactic. It’s about making a concerted effort to correct a monumental mismatch between changing consumer expectations and an industry notorious for its reluctance to move with the times.

It’s important to caveat the above with the fact that this isn’t just a speculative moan about the industry. There’s no clearer sign that the younger generation isn’t engaging with insurance than even the most cursory glance at the figures, which are unequivocal in their findings.

Take, for example, a 2020 report from IBM which found that 20- and 30-somethings aren’t particularly keen on purchasing life insurance, with half of IBM’s survey respondents reporting that they don’t have any kind of life insurance policy and only 39% having term life.

Now, obviously, this report was published in March of 2020, and one or two global events may have had young people reassess the question of their own mortality since then (in fact, a recent Wall Street Journal article has confirmed that the pandemic has resulted in more young adults grabbing life insurance of late).

All the same, the IBM study is still completely applicable – not least because the issues it identifies have very little to do with the type of insurance, and everything to do with the insurance processes which are, as IBM notes, “well within the industry’s control.”

In brief, IBM found that although today’s youth aren’t necessarily weighed down with spare cash, their real issue with buying insurance isn’t cost-related – it’s tied to “complexity, confusion, and inconvenience.”

In particular, respondents cited the various paperwork hurdles involved, lack of time (indicating how much effort the process requires), and a lack of understanding of the offerings in question. These findings suggest that the industry’s stuffiness and “perceived complexity” (as IBM put it) are literally depriving it of much-needed customers.

A change of nature

I say “much-needed” because the industry is losing customers – and, at the risk of over-citing IBM, their report does point out that “declining policies” among millennials may well be responsible for declines in premiums and deposits in the US. So, what’s the solution?

It’s easy to imagine a slight sneer as traditional insurers try to make heads or tails of the marketing landscape associated with the younger generation – “do you expect the senior execs to do a TikTok dance, then?”

Well, first of all, yes. Obviously. Immediately. But, crucially, advocating for a new, light-hearted face for insurance isn’t a cheap gimmick – we can afford to be more facetious, yes, but the underlying issues facing the industry shouldn’t be subject to mockery at all. After all, a tonal shift to insurance can only come hand-in-hand with the broader recognition that we need to reach younger people in every respect – it’s no good dabbling with Instagram influencers if we’re not equally making strides towards, for example, mirroring the instantaneous purchases and frictionless convenience with which young people stream Netflix shows, or shop on Amazon, or summon Ubers.

Bending with the wind

At heart, I think the insurance industry has given way to a little bit of arrogance, using regulation and compliance as an excuse to avoid changing. Customers, the story goes, must bend to our will – we won’t bend to yours. No wonder, in this light, that so many commercial entities and individuals don’t have insurance (or enough of it). And it’s hardly surprising that there’s no brand loyalty in the face of this boring, grey, chore-like mass.

With a new tone and a fresh face, insurance might just learn, like the reed, that it’s better to bend with the wind than break against it – even if that involves lightening up. A bit of levity might strip away our decorum – but I’m pretty confident that if people stop buying insurance, we won’t have an awful lot to laugh about.

About the author: Ed Halsey is the co-founder and COO of hubb.