Will Cryptocurrency Ever Become Mainstream?

For a long time, cryptocurrency was dismissed by mainline financial institutions as being a fad, or even a miscreant, form of currency that was unstable, unregulated and unsafe. Most thought it would pass and be assigned to history, much like the hard drive of the unfortunate guy who lost 79,000 USD when it accidentally got sent to a dump in Wales. 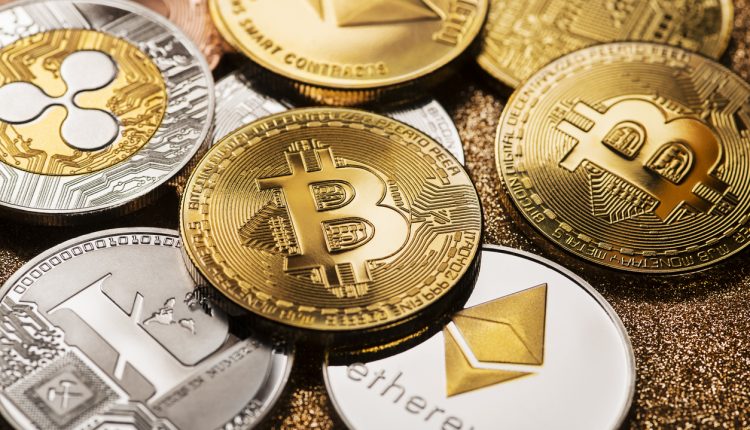 Signs Of Increasing Acceptance For Crypto

But, in March this year, Goldman Sachs became the first major US bank to trade crypto over the counter. In a historic move, the bank traded a non-deliverable option with crypto merchant bank Galaxy Digital. Also in March, President Biden signed an Executive Order named Ensuring Responsible Development of Digital Assets. In a surprise move, Senator Elizabeth Warren even told reporter Chuck Todd on Meet the Press that the US should create a central bank digital currency (CBDC), also noting that crypto will need to be regulated – to avoid repeats of events such as the subprime mortgage crisis. These steps followed JP Morgan setting a similar milestone in February, by entering the Metaverse.  While up to now most of the crypto activity has been dominated by pure crypto players like Coinbase, Paxos and Grayscale, with the recent flurry of activity many previously cynical financial services decision-makers are sitting up, and wondering if there is more to this crypto thing than they originally thought possible. Some are even playing catch-up as to what crypto even is.

Nevertheless, even with Presidential engagement, cryptocurrencies are still viewed as the Wild West and, to some extent, in the current state of play, rightly so. They can certainly be dangerous for rookie investors, with new types of cryptocurrencies or tokens fluctuating wildly, from soaring highs to collapse. Even those that are more established, with Bitcoin as the prime example, are volatile assets, subject to jaw-dropping swings in value. References and preferences by famous people can impact it massively. There are also fears about security and that crypto is used to facilitate terrorism and crime.

The cryptocurrency “movement” and blockchain generally were born of striving for better – a wish for a new way to do things.  And it is a technology that has huge potential for decreasing friction, improving transparency, decentralisation and, ironically, for building more trust. The way most banks still operate is no longer fit for purpose.

In the short attention span landscape we now operate in, three to five business days for funds to clear is increasingly perceived as inappropriate and unacceptable by customers and they’re increasingly unwilling to tolerate paying hefty amounts with apparently foggy fee structures for a snail’s pace service in terms of payments, international transfers and so on. It’s the consumer who suffers and pays for inefficiencies that seem prehistoric in today’s fast-moving environment.

And then are those that are underbanked or entirely unbanked.  Many millions of people across the globe are denied access to financial services entirely. Even in America and Europe, where there’s a bank on every corner, still today we see that without tax returns, a permanent address or access to a physical branch, gaining loans or just opening a bank account, remains difficult or entirely out of reach for many. In developing countries, the problem is far worse – huge. Cryptocurrency has the potential to address this imbalance.

However, and here we come full circle, cryptocurrencies suffer from a reputation problem, in a way that banks don’t. And crypto can’t get the buy-in it would need from the wider population outside its early-adopter fan base that it would need.  Older people, in particular, are likely to baulk at using them.

It’s not actually true that cryptocurrency is fundamentally unsafe. Its underlying technology is, in fact, far more stable and transparent than that of many mainstream banks, which themselves have some fairly unstable, outdated technology.  Bitcoin, as an example, has never been hacked, while many mainstream banks have lost the data of millions and suffered breaches that have compromised the privacy of their customers. Decentralised finance holds rich promise – if it works hand in hand with more trusted financial brands and within the established systems.

The Benefits Of Crypto

While some Bitcoin pioneers don’t want banks to have any role in the financial systems of tomorrow and linked the technology to an idealistic ideology, most people just care about transaction speed: how easy that transaction is to make, that it doesn’t cost too much, and that it is safe. Banks working with cryptocurrencies can deliver that. The technology is a game-changer, but to truly deliver, it will have to integrate with mainstream banking systems.

What’s in it for banks is simple. Banks hate losing customers, especially en masse.  And lots of customers are looking in the crypto direction. If customers are wealthy and want a fully diversified portfolio for the best returns on investment, they likely aren’t going to want to miss out on the crypto potential.  Likewise, if bank customers want to interact in the metaverse, it can’t be done without a crypto wallet, which currently their bank isn’t offering.

If you’re working in America and sending money home to family in another country, you don’t want to be charged 20% and upwards to transfer that money. Likewise, financial institutions are paying through the nose transferring money cross-border. Each transaction can go through several different banks and different gateways using the labyrinthine and only partially-automated and costly SWIFT system. Crypto can make the process faster and exponentially cheaper. Funds can be used to buy Crypto, transferred via a digital wallet and exchanged at the other end for a different currency. It’s like the difference between queuing on the highway for the toll gate or using an electronic pass on a tag in the window – a digital highway.

How Banks Can Keep Up With Crypto

Banks will increasingly need to create and offer infrastructure for cryptocurrency so that they keep hold of clients.. Say an institutional client or wealthy client has 100 million in a bank and wants a 20 million direct exposure to crypto – right now they couldn’t do it through a mainstream bank as no banks offer that service.  So that customer now would have to take their 20 million and open an account at Coinbase. Money is walking.  Coinbase has a 98 million customer base – larger than that of JP Morgan, which has been in business for over 150 years.

Banks need to at the very least start offering custody, key management and digital wallets. As brands outside of banking look to transact in e-commerce, NFTs and cryptocurrency in a more efficient way, there is an opportunity for banks to enable them to set up their accounts that could also be housed at a bank.

Going forward banks may extend into crypto investment and the areas of staking, liquidity pools and Defi as they grow in size and importance to the marketplace. Crypto mortgages for the metaverse are a big opportunity for banks.  Such mortgages are already available elsewhere.

Look at the landscape in the mid-nineties. Some said you’ll be able to make calls via the internet, and they’ll be free. But that seemed decades off.  Look at contactless payments, and voice recognition.  All these seemed very new one day and shortly after, just the way we do things.

Regulation is on its way and this – along with the rise of the metaverse, with its huge appeal to the mass market – will bring down the final barrier to crypto’s natural place at the heart of an evolving financial ecosystem.

Cryptocurrency will become mainstream, and sooner than many think.

About the author: David Donovan is EVP, Financial Services, Americas at Publicis Sapient.

How to Diversify Your Crypto Portfolio?