Business Banking For SMEs: The Next Key Target For Digital Banking Across The Globe

If you eliminate serving larger corporations due to the large capital requirements and risk of a single borrower bringing down a bank when it is still small and not as well-capitalised, the real decision in setting up a digital bank is between serving small firms or consumers. 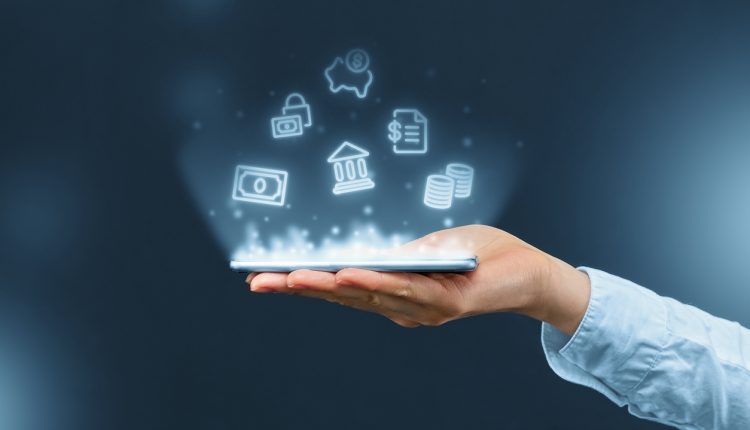 While we would need to go country-specific to understand the obstacles in serving these segments, I would generalise that business banking for small firms still has a lot of room for pain removal whereas consumer banking has less room, due to competitiveness and more advanced evolution. The profit dynamics of serving small firms would also be better as the loan quantum tends to be larger. The downside, of course, is that bad debt would also tend to be higher.

The large proportion of retail customers are salaried rather than self-employed, and thus unless an economic shock that drives a significant uptick in unemployment happens (e.g., Covid-19 and unemployment in the travel, hospitality and retail sectors), banks have already built into their debt servicing ratios a higher interest rate as a buffer to more realistically factor an individual’s ability to repay at higher levels of interest. Small firms, however, may have higher variability and fluctuation in their income generation ability, introducing greater uncertainty in their ability to repay. To mitigate against this, banks generally ask to see their bank balances over 6 months to ascertain cash-at-hand and use this as a proxy to compute the debt servicing. However, vital data missing in this calculation is what other loans the SME has taken, a service generally provided by business credit bureaus.

The SME credit bureau landscape is generally underdeveloped in many markets like Southeast Asia, Africa and Latin America. A report by the Asian Development Bank Institute found that “in the bank-dominated financial systems in Asia, SMEs have difficulty accessing cheap finance”. Two examples of a nationwide SME credit bureau, in Japan and Thailand, were highlighted, but the report concluded that “other parts of Asia lack such systems to accumulate and analyse credit risk data and to measure each SME’s credit risk accurately”. Hence, most banks are still assessing credit based on bank statements and collateral, and SMEs who can’t show such assets are not receiving the working capital loans that are vital to their survival and growth. According to a Bain & Company report, SMEs remain a largely underbanked segment in most markets. Approximately 80% of surveyed SMEs say they need to borrow but lack access to affordable credit.

Even in countries where the SME bureau can accurately risk rank SMEs, banks still lack key data to help them throttle working capital based on the amount of business a company does; rather than underwrite loans on a per transaction basis, which is data or paper-work intensive. Thus, some of the most progressive banks are beginning to turn their attention to accounting systems to obtain the crucial data needed to underwrite an SME customer. An example is Mettle by NatWest, which announced in 2020 that it was giving all its customers free access to FreeAgent’s cloud-based accounting software. UK digital banks like Starling, Tide and Mettle all support connectivity to SaaS-based accounting software Xero and FreeAgent. Starling and Mettle also support QuickBooks, while Tide supports Sage.

The Future Of Digital SME Banks

I believe native connectivity between accounting systems and digital business banking will become a standard in a couple of years, and that’s because of the accounting information for underwriting. Balance in the bank, which is the most common credit evaluation method today, isn’t a good predictor of an SME’s ability to repay the working capital loan. It’s what I would call third-order data, in the sense that the predictability gets better as you move from third-order (bank balance) to second-order (monthly profit) to first-order (accounts receivable or AR vs accounts payable or AP). These second-order and first-order data are found in the accounting systems of most companies.

One of the concerns about using accounting data for underwriting is the ability to discern legitimate entries from fraudulent ones. I had the opportunity to speak to a senior executive in a UK bank who was heavily involved in the design and development of a digital SME bank serving micro and small SMEs. His view was that they have not encountered major issues with fictitious entries. The jury is probably still out on this topic, and to avoid moral hazard problems, routines that can ascertain the authenticity of the transactions via comparisons against time, day and person making the entry, etc., can and should be implemented.

Right now, more banks are using SaaS accounting software connectivity for lead generation than credit underwriting. That’s the next stage for any progressive digital SME bank. This will represent a significant breakthrough in the ability to extend lending to businesses that don’t generate the cash flow to show sufficient bank balances, but it also represents a significant breakthrough for the industry at large, as banks will now be able to dynamically flex their working capital limits based on AR and AP movements. Frequent adjustment of limits isn’t something that happens today, and the ability to do it automatically based on a firm’s business velocity will allow savings in capital (as capital needs to be put against undrawn limits), and also create a means to reduce limits as business slows, so that funds set aside for working capital cannot be used for other purposes, which is the case now as the loop isn’t closed. This development isn’t limited to SMEs. It applies to all businesses, and my prediction is that such a development will happen and transform the way banks lend to businesses globally.

SME digital banks can also help small businesses become more efficient in their operations. Operational efficiency is an issue with small firms. One contribution to operational inefficiency is the delay between the outlay of expenses to order or build the product or solution required and the time they receive the payment from their customers. Late invoicing, late payments, and long credit terms all contribute to lengthening this timing mismatch, and the gap needs to be funded with working capital loans. Integrating the digital banks’ payments capabilities with the accounting system can eliminate the need for double entries in both the accounting and digital bank platforms. In addition, reconciliation can be much reduced, by automatically assigning all invoices a unique sub-account number, so that the system can tell who has paid and who hasn’t, without reconciliation. Late payers can also be automatically sent collection notices and reminders. Other capabilities include sending invoices where payers can click on the invoice to pay. These are all opportunities for SME digital banks to remove pain points for small businesses.

A final reason to build a digital bank to serve the micro, small and medium SMEs (MSMEs) is that in many countries where consumer digital banking is already of a relatively high standard, SME digital banking often lags significantly. Banks have tended to prioritise consumer and corporate banking for their digital transformation initiatives. After the substantial investments in these segments, what’s left is usually a lack of further appetite to invest in MSME digital banking. The same opportunities exist here as in the consumer banking space, to attack and serve the bottom-of-the-pyramid using disruptive innovation, the focus on creating a data-enabled digital bank to help MSMEs with their business financial management, and significantly improving the banking experience, lowering operating costs so that you can target the MSME, etc. These are all proven opportunities in consumer banking in countries like China and Brazil but have yet to impact most MSMEs.