Profitable Car Sharing: A Look Behind the Numbers

On the surface, a car sharing business seems like a win-win proposition: You earn a profit on vehicles that would otherwise be parked most of the time, and customers win because they don’t need to invest in the purchase of their own cars. Considering that the typical car costs close to $10,000 per year to […] 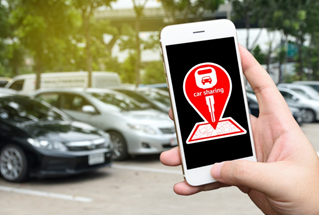 On the surface, a car sharing business seems like a win-win proposition: You earn a profit on vehicles that would otherwise be parked most of the time, and customers win because they don’t need to invest in the purchase of their own cars. Considering that the typical car costs close to $10,000 per year to own, the possibility of making upwards of $3,000 to $4,000 per month is quite appealing.

However, like any business, there’s more to consider than just the potential profits for a car sharing operation. If you’re thinking about the possibility of starting your own company, the following are some of the key aspects of a profitable enterprise.

But how do these operations work? The typical startup car sharing operation starts with about 25 to 30 cars; some experts claim that 50 cars and 2,500 members is the magic number for profitability. These vehicles are generally small, economy cars that offer decent gas mileage and are easy to maneuver and park in crowded urban centers. Access to the cars is granted on a membership basis. Depending on the company, customers generally pay a membership fee on an annual or monthly basis, and can then rent vehicles for about $2 to $15 per hour, or for a flat daily rate.

Unlike a traditional rental car, though, car sharing doesn’t involve picking up and returning the vehicle to a designated location. Using GPS, users are directed to the vehicle’s location where it was left by the previous user, or, in some cases, a central parking garage or lot. Access is granted via the user’s mobile device, a special key fob, or by entering a code. Once the user starts driving, the time and mileage are tracked electronically. While this automation streamlines the process, it does come with costs, as every car needs to be equipped with the necessary sensors and readers.

In addition to the costs associated with buying and equipping vehicles for sharing, car sharing companies must also cover parking, maintenance, gas, and insurance on the vehicles. One of the major selling points for a car sharing membership is the fact that members don’t need to cover these costs themselves, so those costs need to be considered when setting rates for membership fees and rental rates. And of course, you cannot forget the need to develop a customer-facing application, and the backend functions required to manage the fleet, as well as marketing costs.

How to Make the Company Profitable 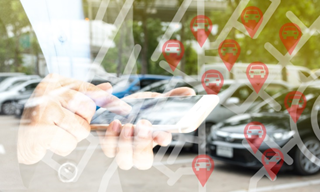 With so many expenses inherent in running a car sharing business, it begs the question “Can this actually be profitable?” The answer is yes, but you need to make some smart decisions.

Car sharing companies operate on a similar basis as traditional car companies, with car utilization and revenue per unit (vehicle) goals. Typically, a traditional car company aims for at least 50 percent utilization, meaning that each vehicle is rented for at least 50 percent of the time, using a 24-hour clock. However, because car-sharing works on an hourly basis, and most members only use the car for a few hours (usually, rentals are capped at 10 to 12 hours in any 24-hour period) a utilization rate of 30 to 40 percent per vehicle is a more reasonable expectation for car sharing.

To reach those numbers, most experts recommend that you aim for about 40 to 50 members per car. Any more, and you could run into issues with overbooking and lack of availability. Depending on the number of cars in your fleet, this means that you must have the ability to recruit and service up to 2,500 members or more. You also need to maintain a reliable, clean fleet of cars, something that many car sharing company owners claim is easier than with traditional rental cars. As they point out, car sharing feels more like a community, and members take responsibility for keeping the cars in good shape, whereas traditional rental cars don’t engender the same feelings.

With the rapid demand for car sharing, it’s very possible to have a profitable enterprise. However, it’s important to understand the numbers beforehand, and what it takes to be profitable, otherwise, your business could run out of gas before you get anywhere.