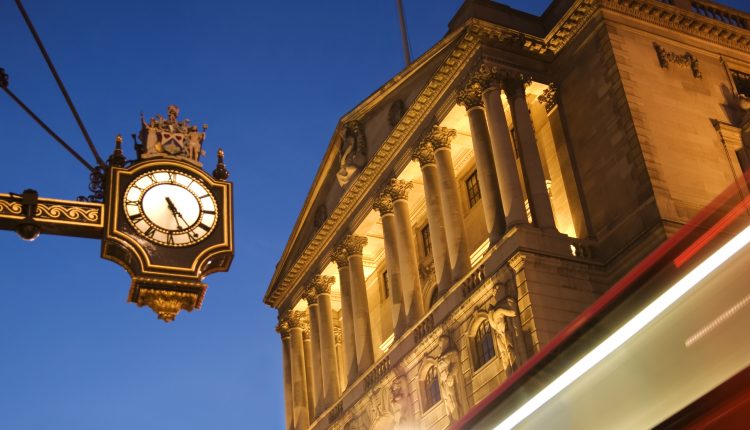 On Thursday, the Bank of England’s Monetary Policy Committee (MPC) left interest rates at 0.1%, their lowest level in history, and maintained an outlook for the UK that was relatively unchanged from its August meeting.

However, analysts were intrigued by particular lines in the MPC meeting minutes which showed that the bank was looking more closely at policies for cutting interest rates below zero.

The minutes said that the MPC had “discussed its policy toolkit, and the effectiveness of negative policy rates in particular.” In addition, the minutes noted that the Bank of England intends to “explore how a negative Bank Rate could be implemented effectively, should the outlook for inflation and output warrant it at some point during this period of low equilibrium rates.”

“The Bank of England and the Prudential Regulation Authority will begin structured engagement on the operational considerations in 2020 Q4,” the MPC minutes continued.

Earlier this month, Andrew Bailey, Governor of the Bank of England, said that negative interest rates were counted “in the box of tools” but added that the bank had “no plans to use it imminently.” The apparent change of tack revealed in the minutes quickly gained the attention of economic analysts.

“They just opened the door further to negative rates not just next year, but for an extended period, potentially triggered by any negative economic shock,” remarked Robert Wood, chief UK economist at Bank of America. The Bank of England appeared to be “more prepared to use negative rates than we thought,” he added.

The pound fell sharply following the bank’s announcement on Thursday, weakening 0.6% against the dollar on the day, falling below $1.29.