Finance Monthly speaks with two newly partnered firms that have investigated the assets of Wirecard, Muammar al-Gaddafi, Hosni Mubarak and a host of other financial frauds. With global law firms and international banks as their clients, these firms use military intelligence-gathering techniques to tackle corruption on a grand scale. 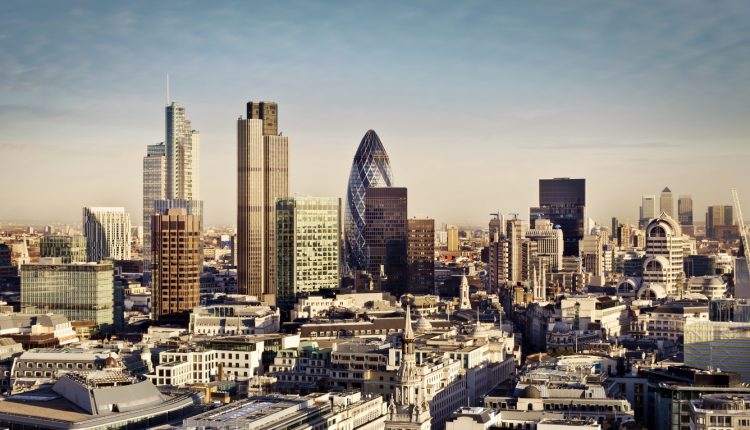 Having both been incorporated in 2018, Prevail Partners and Intelligent Sanctuary are relative newcomers to the financial services sector – but the teams behind them certainly aren’t. Their new partnership combines military and international crime agency asset tracing, due diligence, fraud and money-laundering capability that could set a new standard in the civilian market.

Both chief executives came from high-ranking jobs in what they called their ‘previous lives’. Jonathan is a former senior police officer and Head of the UK’s International Corruption Unit, while Damian is a former Special Mission Unit Commanding Officer and OBE recipient. Both are able to draw upon more than 20 years of experience in their fields, and their teams are just as capable; Prevail Partners staff have backgrounds in UK Special Forces, and Intelligent Sanctuary team members have each spent more than a decade in financial investigation or litigation.

It is this unique kind of professionalism that has set the partners apart from the traditional firms and made them less prone to misconduct, according to Jonathan. “There’s been parliamentary enquiries into the way investigators conduct themselves in the private sector,” he said. “There’s been untold cases overturned because of the way people have conducted themselves. But I was a former senior police officer. Damian’s a former senior military officer. And we have genuinely operated at the top of our game and have reputations and understand risk and how reputation can be lost — not just for us but our client as well. And therefore, there is a very strong core value about what we do and how we do it.”

For the two firms, the partnership was a natural fit. Both company heads knew of each other as highly regarded professionals in their past careers, and the character of both organisations blended effectively. “We both know from our previous careers that there’s often a difference between what might be legally permissable and what you’re actually comfortable doing,” Damian said. “I think, as leaders, that’s something we’ve wrestled with numerous times at the pointy end.”

Already, their methods have been exceptionally effective. Between them, the two companies have traced, frozen or secured over $8 billion of misappropriated funds from business leaders and heads of state alike.

Damian credited the success of their ventures to their already-existing network of international connections and their ability to ‘command the cyberspace’. “That can involve, for us, other techniques around social media monitoring, and on occasion in the right instance there could be components of human intelligence, and even a physical dimension to that, providing it’s appropriate to that particular jurisdiction,” he explained.

This multi-source intelligence has allowed Prevail Partners to pursue the fraudulent activities of a litany of high-profile individuals – among them Jan Marsalek, former COO of now-collapsed fintech firm Wirecard, who came to the company’s attention while conducting an enhanced due diligence investigation into the firm on behalf of a FTSE 250 company. “There were several red flags raised on that individual,” Damian said, “specifically pertaining to financial and reputational risk around him and his association with Wirecard.”

Through their investigations, Prevail Partners uncovered several transactions made by Marsalek using an avatar in the video game Second Life, which has in the past been used as a tool for financial fraud. This prompted a follow-up investigation, which uncovered further transactions between Marsalek and individuals in Russia, China and other nations that raised yet more flags. Though Prevail Partners’ warnings were not ultimately heeded, they were aware of Wirecard’s dubious financial activities long before news of its fraudulent operation emerged and Marsalek went into hiding.

“We both know from our previous careers that there’s often a difference between what might be legally permissable and what you’re actually comfortable doing.”

Fintech executives are far from the only subjects of Prevail Partners’ and Intelligent Sanctuary’s investigative work. Their teams have also tracked former Libyan Prime Minister Gaddafi’s looting of his state’s wealth, leading to $2 billion worth of funds being frozen through sanctions, and identified a global network of illicit assets in excess of $1 billion used by former Egyptian President Mubarak and his confidants. Dismantling complex financial fraud is a challenging and morally rewarding endeavour, which both CEOs identified as a key motivator in their decision to re-establish themselves in the private sector.

“My old world was about chasing down corruption and trying to uncover the pernicious side of it and recover the money that is laundered through the UK,” Jonathan said. “Well, we can still do the same thing through the private sector. In fact, I’d go as far to say in many ways probably more efficiently, because civil litigation is swifter, it can provide opportunity for early settlement, it’s not conviction-based – requiring the conviction first and then recovery. So it’s also about the ability to still do good, but in a commercial space.”

With both companies’ capabilities now working in tandem, we can expect to see Prevail Partners and Intelligent Sanctuary continuing to set new standards in asset tracing and due diligence going forward.