The £55 million rescue deal does not include any of the high street retailer’s brick-and-mortar stores. 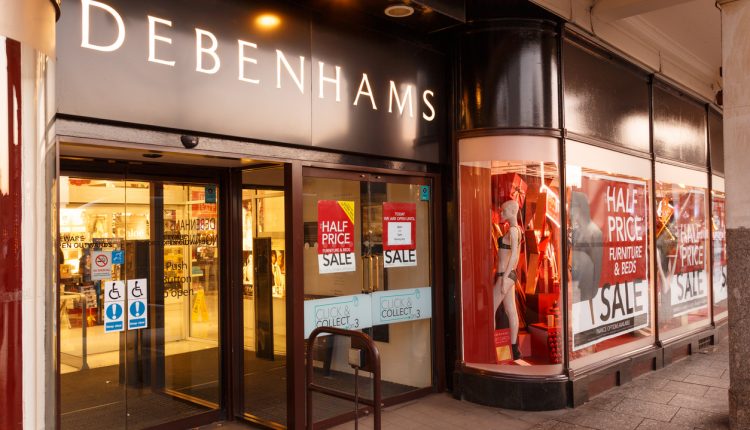 An excess of 118 stores and the jobs attached to them remain at risk. An estimated 12,000 jobs at the 242-year-old chain are believed to be in the balance.

“The group will only be acquiring the brands and associated intellectual property rights,” Boohoo said in a statement. “The transaction does not include Debenhams’ retail stores, stock or any financial services.”

Debenhams is already in the process of closing down after administrators failed to secure a rescue deal for the business. Brand owner, Sir Philip Green’s Arcadia Group, fell into administration last year, putting 13,000 jobs at risk.

A closing-down sale across the 124-store Debenhams chain began in December. It was recently announced that six of these shops, including the brand’s flagship department store on London’s Oxford Street, would not reopen after lockdown. The remainder will be wound down once they are in a position to reopen.

Though traditional retail sales are in decline across the UK and suffered greater damage during the outbreak of the COVID-19 pandemic, eCommerce has emerged to fill some of the consumer void. Debenhams made roughly £400 million in online revenues in its most recent financial year to 31 August 2020, and Boohoo estimates that its website receives 300 million visits a year.

Boohoo CEO John Lyttle said Debenhams will operate as a digital “shop window” for Boohoo’s brands, such as Pretty Little Thing, and third-party retailers. There will likely also be “an opportunity to launch the marketplace in international markets over time.”