Shane Neagle, Editor In Chief at The Tokenist, explains what you should consider before chasing high yields in DeFi. 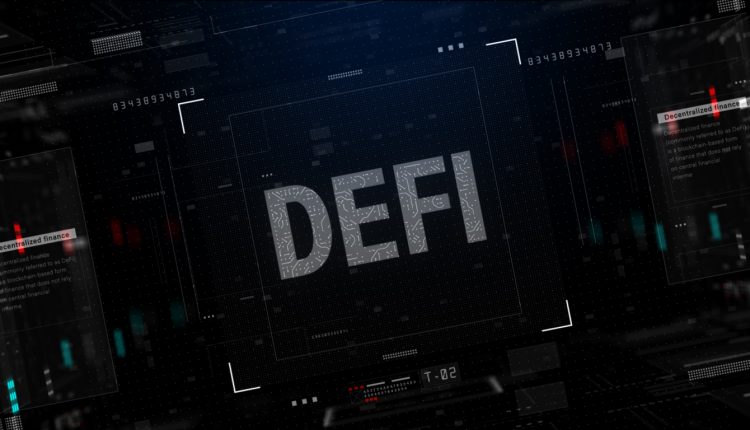 Inflation has consistently been on the rise, with little positive signs of things to come. The Consumer Price Index (CPI), an instrument that measures inflation by averaging change over time in prices, surged 6.2% in October, marking the largest monthly rise in 30 years.

The US Federal Reserve has been keeping its benchmark interest rate near zero to support the economic recovery, which was badly hurt due to the pandemic. Currently, the highest paying saving accounts in the US, which are considered high-yield savings accounts, offer around 0.50% APY. However, the national average interest rate on savings accounts stands at 0.06% APY, according to the Federal Deposit Insurance Corporation (FDIC). At times, some banks even pay less than that average.

All of this has led investors to search for alternative methods that offer higher interest rates, in an attempt to match the rising inflation and prevent their wealth from depreciating.

The Rise Of Hybrid CeFi-DeFi Platforms

DeFi, short for decentralised finance, is an entire ecosystem of smart-contract powered apps that are largely built on the Ethereum blockchain and enable users to lend, secure loans, and trade digital assets – without the need for any intermediaries. This largely differs from the traditional world of finance, where even the top forex brokers need to rely on a number of middlemen to facilitate transactions.

DeFi lending protocols offer a variety of APY rates based on the digital assets users provide as collateral. Normally, the rates are much higher than those offered by banks — and they sometimes even reach triple-digit figures. However, such protocols come with a number of bold drawbacks.

For one, since DeFi is still in the experimental phase, there is the risk of hacking and exploitation, which can lead to users losing all of their deposited funds. Other forms of concerns include scalability, which is particularly true for newer protocols that boast high APY, liquidity, and a lack of legal protection.

To address these issues and offer a more convenient method for accessing crypto investment opportunities, CeFi (centralised finance) projects have emerged. In simple terms, CeFi protocols are centralised crypto exchanges like Coinbase and Binance that share some aspects of traditional financial services, as referred to as TradeFi.

There is also another category of financial order dubbed hybrid finance (HyFi). Combining some elements of DeFi and CeFi, HyFi offers a robust solution by integrating the strengths of both sides while eliminating their shortcomings.

HyFi platforms like BlockFi and Celsius, which claim to be fully regulated, offer notably high APY rates when compared to a traditional, FDIC-insured savings account. A BlockFi Interest Account (BIA) can offer up to 9.5% APY, for example. So, what’s the catch?

Are Stablecoin Yields Too Good To Be True?

At a time when interest rates by banks are anchored near zero, the fact that hybrid platforms offer near double-digit interest rates might stir up scepticism. However, some of these platforms have built an impressive user base.

Nevertheless, there are still a set of unique risks associated with these platforms. In the first place, unlike FDIC-insured savings accounts, hybrid platforms offer no insurance. While they might take additional measures to protect funds, like keeping crypto holdings in cold storage, there is still the possibility of losing all capital.

Moreover, users need to probe the reputation of the platform they are considering to deposit funds. Gemini Earn, BlockFi, and Celsius stand among the more popular options. Despite their popularity, some may face legal issues, which prospective users need to research. Further, newly established platforms, especially if they are offering above-average rates, should not be easily trusted.

It is worth noting that these platforms offer yields on crypto-assets, particularly on stablecoins. Stablecoins are fiat-pegged digital assets that strive to hold their prices stable. USDT and USDC, pegged to the US dollar, are the two most popular stablecoins, with USDT commanding the lion’s share of the market. These stablecoins themselves, also require scrutiny.

Many stablecoins originally hit the markets alleging that they are 100% backed by cash reserves. However, as transparency around these digital assets increased, it became apparent that they might be backed by some illiquid assets. For instance, USDT is largely backed by commercial papers and fiduciary deposits. The quality of these assets is unknown, making them exposed to unknown levels of liquidity risk. Therefore, in the event of a run on USDT, if Tether fails to provide enough cash, USDT tokens would crash.

Stablecoins are also exposed to regulatory risks. Back in July, Treasury Secretary Janet Yellen voiced concern around stablecoins, saying they should be “quickly” regulated. At the time, Powell also scrutinised stablecoins, arguing that the US could undercut the need for these digital assets by issuing a CBDC.

“You wouldn’t need stablecoins, you wouldn’t need cryptocurrencies if you had a digital U.S. currency – I think that’s one of the stronger arguments in its favour,” Powell said, though he later made it clear there is no intention to ban stablecoins. “If they’re going to be a significant part of the payments universe…then we need an appropriate framework, which frankly we don’t have.”

Echoing the same point of view, SEC Chair Gary Gensler has asked for stablecoin regulation. In September, he likened stablecoins to “poker chips,” claiming that people will “get hurt” without stronger oversight. More recently, Gensler insisted that the SEC would “be very active” in regulating stablecoins.

The rise of hybrid platforms has opened up new horizons for investors seeking high returns. However, before jumping in, users need to consider the risks associated with these platforms — and decide whether or not it is worth it to move forward.