What Impacted Bitcoin In 2021 And Where Does it Go From Here?

Bitcoin witnessed remarkable growth in 2021. The digital asset not only lured high-profile traders and institutional investors, but also significantly outperformed gold as a hedge against inflation. Despite all the positive sentiment, however, there are some uncertainties about how BTC will perform in 2022. 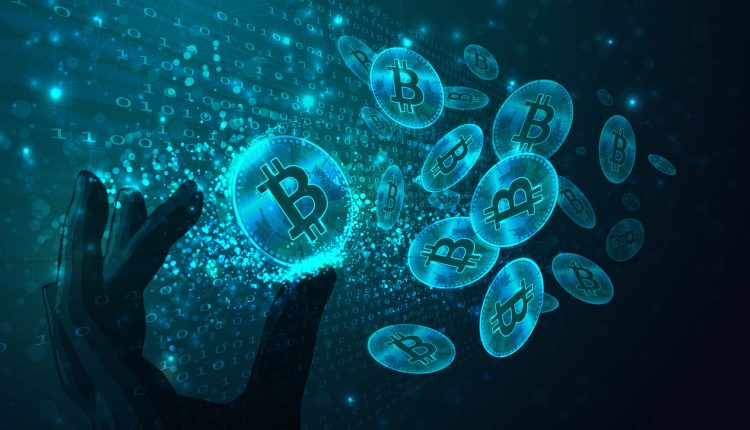 Shane Neagle, Editor In Chief at The Tokenist, explains what impacted Bitcoin in 2021 and where it goes from here.

Bitcoin’s Performance In 2021: An Overview

Throughout the first four months of 2021, Bitcoin resumed its rally with considerable momentum as digital finance adoption continues to pick up steam — for context, 71% of consumers now prefer to pay with a debit or credit card, as opposed to cash. This reflects a changing sentiment among consumer preference, where digital finance and FinTech are not only becoming more convenient and user-friendly, but actually preferred. While this does not directly impact the price of BTC, it certainly provides important context which cannot be ignored.

In mid-April, Bitcoin achieved a historic milestone by reaching the $65,000 mark. However, a combination of unfortunate events brought an end to this trend. It all started with Elon Musk announcing that Tesla halted Bitcoin payments over environmental concerns. For the same reason, China started a vigorous crackdown on crypto mining, further exacerbating the sentiment around Bitcoin.

All of this prompted a sharp sell-off that saw the leading cryptocurrency plunge by as much as 50% compared to the April peaks over the course of a few months. In early July, Bitcoin even dropped below $30,000 for a brief moment, a level that was last seen in early January 2021, according to data by CoinMarketCap.

Bitcoin’s hashrate, the amount of computing power contributed to the network through mining, also took a plunge as a result of China’s clampdown, dropping by over 50% in just one month. However, as Chinese miners settled overseas and started to resume their operations, the hashrate started recovering.

Historically, a high Bitcoin hashrate, which represents higher security in the network, coincides with prices moving higher. This describes why Bitcoin started to reclaim its lost territories as the hashrate was recovering. By October 8, Bitcoin hit a new ATH, as its hashrate was up by almost 85% compared to the bottoms seen in July.

“The bitcoin network withstood an attack by a major superpower and emerged stronger than ever six short months later. How can anyone ever argue, ‘But what if nations ban it?’ again?”

Bitcoin’s rally throughout 2021 was largely fueled by an influx of high-profile investors. Among the more noticeable examples, major electric carmaker Tesla acquired $1.5 billion worth of Bitcoin, while Michael Saylor’s Microstrategy continued its Bitcoin buying spree, increasing its holdings to above 121,000 BTC.

There were also some other factors that had an impact. For one, Bitcoin experienced its once-every-four-years halving event on May 11, 2020, cutting the reward for mining Bitcoin transactions from 12.50 BTC to 6.25 BTC. In other words, the rate at which new bitcoins enter circulation was cut in half. The event is regarded as important since it has historically correlated with intense boom and bust cycles.

Furthermore, when the pandemic hit the US, it triggered a deep economic downturn, prompting the Fed to take significant measures to limit the economic damage. Among the first moves, the central bank cut the interest rate by a total of 1.5 percentage points, lowering the rate to a range of 0% to 0.25%.

While banks were offering near-zero rates, crypto-assets were delivering triple-digit returns. Bitcoin, for instance, gained almost 300% during 2020. Moreover, crypto lending products offered well over 7% APY on less risky products like stablecoins, which are crypto-assets pegged to fiat currencies at a ratio of 1:1.

This prompted some investors, including Billionaire and Shark Tank star Kevin O’Leary, to get exposure to crypto. This wasn’t a private matter, resulting in great publicity for the digital asset. And in a similar light, Bitcoin and digital assets have become increasingly accessible, as a growing list of traditional stockbrokers now offer select digital assets. Even the majority of paper trading apps now include digital assets such as Bitcoin.

As another measure, the Fed also started buying massive amounts of debt securities to abate the economic damage and restore the smooth functioning of markets. Initially, the central bank was buying trillions of dollars of bonds, slowing the pace to $120 billion per month by mid-2020, and eventually to $15 billion per month by 2021.

However, the strategy also referred to as quantitative easing, is largely criticised for causing inflation. Some experts warn that quantitative easing is effectively a form of money printing, which leads to inflation—and potentially even hyperinflation—in the long term.

Nevertheless, the emergency moves by the Fed, accompanied by massive government spending, managed to prevent the economy from sinking into a prolonged downturn. However, several factors, including supply chain bottlenecks and labour market issues, resulted in rising inflation.

Most recently, the Consumer Price Index (CPI), which measures the average change over time in the prices, climbed by 6.8% in the year through November, hitting its highest level since 1982. This rising inflation also pushed some investors towards Bitcoin and the broader crypto market.

In mid-October, strategists at JPMorgan reported that inflation concerns were pushing investors towards Bitcoin. “We believe the perception of Bitcoin as a better inflation hedge than gold is the main reason for the current upswing, triggering a shift away from gold ETFs into Bitcoin funds since September,” they said.

While it is largely unclear how Bitcoin will perform in the upcoming year, some analysts believe it may perform poorly as a result of the expected rate hikes. In mid-December, the Federal Open Market Committee (FOMC), the Fed’s monetary policy arm, said it aims to speed up tapering of its bond purchases so that the programme would end in March.

The central bank also noted that it plans three hikes of the benchmark interest rate in 2022. Usually, risk assets like Bitcoin take a hit when interest rates increase. “To the extent BTC is a hedge like gold, I think it could suffer,” said economist Claudia Sahm.

On the other hand, there are some levels of optimism around Bitcoin. For one, Bitcoin’s long-anticipated update Taproot was implemented around mid-November. The update, which gives developers an expanded toolbox to integrate new features, is deemed a game-changer for Bitcoin as it could put it on a par with Ethereum, which hosts nearly the entire decentralised finance (DeFi) ecosystem.

Meanwhile, some theories suggest that higher nominal rates could actually have a positive impact on Bitcoin. Data accumulated by Caleb Franzen, a market analyst, shows that there is a direct correlation between Bitcoin and 10-year Treasury yields, which is not normally seen between risk assets and yields. Based on this correlation, Franzen argues that Bitcoin could continue its upward movement despite yields increasing. He added that this scenario will more likely play out if inflation persists in 2022.