This afternoon, Mario Draghi, President of the European Central Bank (ECB) announced the much awaited outcome of the Governing Council’s meeting on quantitative easing (QE) for the Eurozone economy. First, the ECB is to launch an expanded asset purchase programme, encompassing the existing purchase programmes for asset-backed securities and covered bonds. The expanded programme will […] 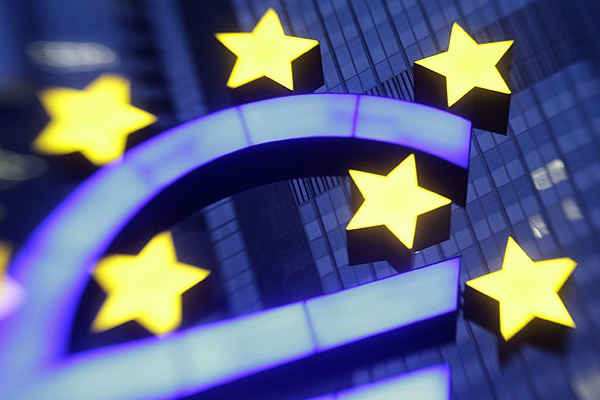 This afternoon, Mario Draghi, President of the European Central Bank (ECB) announced the much awaited outcome of the Governing Council’s meeting on quantitative easing (QE) for the Eurozone economy.

First, the ECB is to launch an expanded asset purchase programme, encompassing the existing purchase programmes for asset-backed securities and covered bonds. The expanded programme will see monthly purchases of €60 billion set to run for 18 months or until required.

Second, the Governing Council decided to change the pricing of the six remaining targeted longer-term refinancing operations (TLTROs). More details will be released on this later.

Third, a decision was taken to keep the key ECB interest rates unchanged. The main interest rate remains at 0.05%, the marginal lending rate stays at 0.3% and the deposit rate at -0.2%.

“Today’s monetary policy decision on additional asset purchases was taken to counter two unfavourable developments. First, inflation dynamics have continued to be weaker than expected. While the sharp fall in oil prices over recent months remains the dominant factor driving current headline inflation, the potential for second-round effects on wage and price-setting has increased and could adversely affect medium-term price developments. This assessment is underpinned by a further fall in market-based measures of inflation expectations over all horizons and the fact that most indicators of actual or expected inflation stand at, or close to, their historical lows. At the same time, economic slack in the euro area remains sizeable and money and credit developments continue to be subdued,” stated Mario Draghi, President of the ECB.

“Second, while the monetary policy measures adopted between June and September last year resulted in a material improvement in terms of financial market prices, this was not the case for the quantitative results. As a consequence, the prevailing degree of monetary accommodation was insufficient to adequately address heightened risks of too prolonged a period of low inflation. Thus, today the adoption of further balance sheet measures has become warranted to achieve our price stability objective, given that the key ECB interest rates have reached their lower bound.”

According to Mr Draghi, today’s measures will decisively underpin the firm anchoring of medium to long-term inflation expectations.

“The sizeable increase in our balance sheet will further ease the monetary policy stance. In particular, financing conditions for firms and households in the euro area will continue to improve. Moreover, today’s decisions will support our forward guidance on the key ECB interest rates and reinforce the fact that there are significant and increasing differences in the monetary policy cycle between major advanced economies. Taken together, these factors should strengthen demand, increase capacity utilisation and support money and credit growth, and thereby contribute to a return of inflation rates towards 2%.”

The finance industry has been quick to pass comment on the QE measures.

“The size of the ECB’s programme, combined with its potentially open-ended nature, should convince markets that Mario Draghi is committed to fighting deflation,” said Ben Brettell, Senior Economist, Hargreaves Lansdown.

“In many ways the fact that Draghi has finally been forced to use his silver bullet is a measure of how bad the economic situation in Europe has become. Bundesbank officials have made it clear they don’t think economic conditions warrant QE, but few outside Germany would agree that today’s measures are anything less than necessary.”

John Cridland, CBI Director-General, said: “At the moment, flagging Eurozone economies are dragging on UK and world growth. QE will give the Eurozone recovery a much-needed boost, which should also have a positive economic effect in the UK.

“To gain maximum effect though, this action must go hand-in-hand with structural reform. France needs to work with the business community to modernise its labour rules and Germany should invest more in infrastructure.”

While QE has been largely welcomed, Europe faces another challenge later this week when Greece goes to the polls. A victory for the anti-austerity Syriza party could escalate ‘Grexit’ fears amid negotiations over new bailout terms when the current deal expires in February.