Matteo Renzi: Politicians must act to turn risks into opportunities

Italy’s Prime Minister, Matteo Renzi, called for politicians around the world to seize the day and tackle complex risks head-on, at today’s World Economic Forum, taking place in Davos, Switzerland. “Not to see the risks is stupid for a politician, but the transformation of risks into opportunities is the quality of leadership,” he said. “The […] 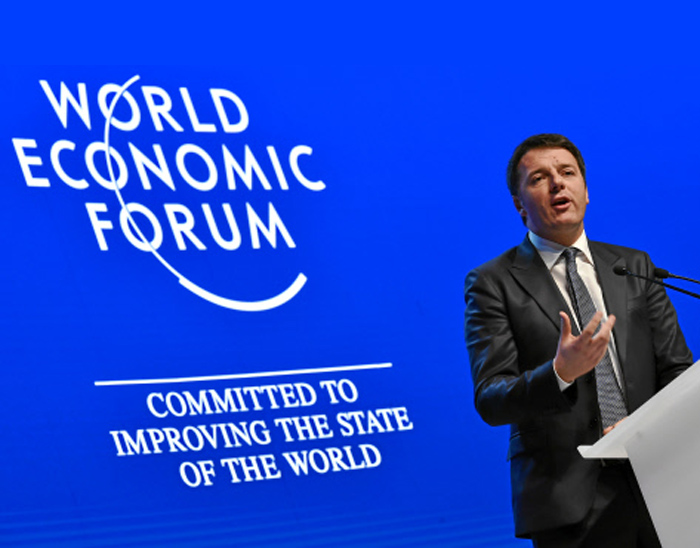 “Not to see the risks is stupid for a politician, but the transformation of risks into opportunities is the quality of leadership,” he said. “The economy is important, but without political leadership, we are not in a condition to invest in a different world.”

The Prime Minister acknowledged that new risks abound, but he said that if leaders around the world can invest in the future “not as a problem, but as an opportunity, it will resonate with a very important message – carpe diem”. He told participants that new reform in Europe is important and that a key point for a “new Europe” is the idea of a future focused on the ability to invest in the new generation and not simply to maintain the traditional approach where the future is a problem.

According to Mr. Renzi, Europe’s economic direction needs to change. “At the G20 summit in Brisbane last November, every country spoke about the need to invest in growth,” he said. “Europe and the Eurozone spoke only about austerity. It is important to pay attention to budgets, but it is also important to invest in a new relationship with citizens.”

The next 12 months are critical, Mr. Renzi said. “Europe must eliminate the red tape of bureaucracy or it will be finished.” European Commission President Jean-Claude Juncker’s massive investment plan to boost jobs, growth and investment, announced last November, must be implemented. Renzi also pointed to “the new role” for the European Central Bank, which is expected to unveil a plan this week to boost the Eurozone’s flagging economy.