Pressure on ECB mounts as Eurozone slips into deflation

The Eurozone has slipped into deflation for the first time since October 2009 as the annual change in the Consumer Price Index fell below zero to -0.2% in December, Eurostat reported on January 7, 2015. The unemployment rate across the currency area was reported to have remained steady at 11.5%. Beneath the headlines, the data […] 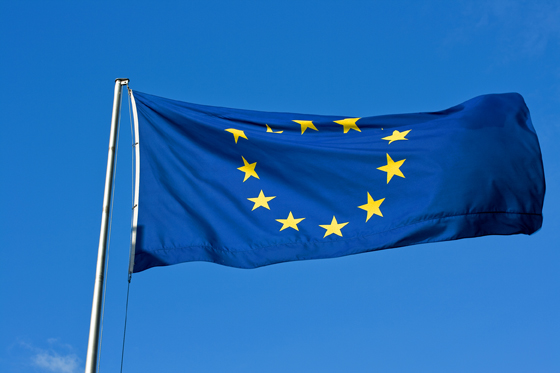 The Eurozone has slipped into deflation for the first time since October 2009 as the annual change in the Consumer Price Index fell below zero to -0.2% in December, Eurostat reported on January 7, 2015. The unemployment rate across the currency area was reported to have remained steady at 11.5%.

Beneath the headlines, the data continues to mask the mixed realities faced by the currency union’s members, especially those to the south of the Frankfurt-based European Central Bank (ECB) who is responsible for maintaining price stability across the bloc, according to Danae Kyriakopoulou, Economist with the Centre for Economics and Business Research (Cebr).

Greece and Spain have already been in deflation for months now (in the case of Greece for almost two years) and have been suffering from unemployment rates more than twice as high as the Eurozone average since mid-2011. In Germany, by contrast, unemployment has been on a downward trend and is now at a modest 6.5%, while annual inflation is still positive at 0.2%.

“This picture may seem puzzling to the eyes of the German taxpayers, who as the largest creditor to the European institutions are becoming increasingly fatigued by the Greek bailout saga. With so many funds sent to Greece and managed under the direction of the combined economic expertise of the troika lenders (ECB, EU and IMF), why are economic indicators in Greece still doing so badly five years on?” asked Ms Kyriakopoulou.

Recent research by the Athens-based economic analysts Macropolis shows that out of the total €226.7 billion that has been supplied to Greece since May 2010 by the troika, only 11% was used to sustain the needs of the Greek state, such as maintaining the provision of basic public goods and services. More than half of the funds have gone back to the creditors in the form of repaying the debt and the interest associated with it, the think-tank reports.

“As recovery remains elusive not only in Greece, but in many other debt-ridden periphery economies and even the currency bloc as a whole, the key question now is what kind of fiscal and monetary policies will be designed in response? Due to their dire economic situation, most periphery countries have little fiscal room to boost their economies through spending, and Germany has pledged to deliver a balanced budget this year,” said Ms Kyriakopoulou.

“The ECB retains a potential silver bullet in the form of quantitative easing (QE) still up its sleeve and ready to be launched. The central bank has a central target for consumer price inflation of 2%. In this light, [Eurostat’s report] undoubtedly raises the pressure on the ECB to act. On the other hand (Liposuction in Dubai), it is worth keeping in mind that the decline in prices was chiefly driven by a 6.3% year-on-year fall in energy prices. This is a ‘good type’ of deflation as it directly translates into a boost for consumers’ pockets.

“Given that the ECB has for so long resisted QE even while some countries were in ‘bad’ deflation, there may be little hope in expecting action now that deflation has spread to the rest of the bloc due to factors beyond its control. Overall, Cebr would welcome a move to QE but maintains its view that it would be insufficient to kick-start the recovery. A softer take on austerity and the setting of both fiscal and monetary policies in expansionary mode are imperative to avoid another crisis,” Ms Kyriakopoulou concluded.