WEF 2015: Quantitative easing is not enough

Europe needs quantitative easing but that monetary policy alone will not restore growth and jobs to the region, that’s according to a panel debate of business leaders and policy-makers, held at the World Economic Forum in Davos, Switzerland, yesterday. “We’re all for quantitative easing in Europe, but it’s not enough,” said Lawrence H. Summers, Charles […] 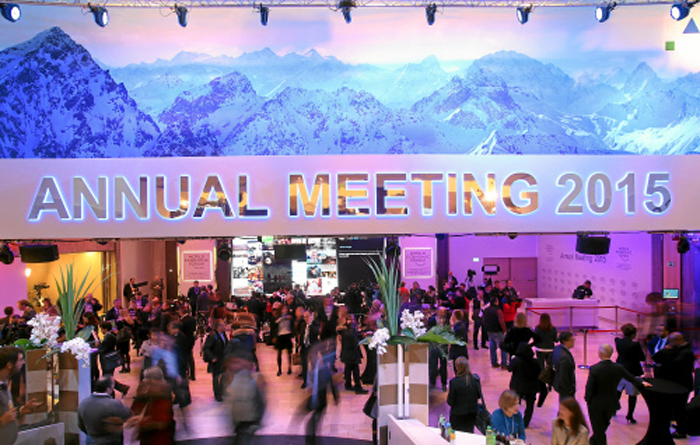 Europe needs quantitative easing but that monetary policy alone will not restore growth and jobs to the region, that’s according to a panel debate of business leaders and policy-makers, held at the World Economic Forum in Davos, Switzerland, yesterday.

“We’re all for quantitative easing in Europe, but it’s not enough,” said Lawrence H. Summers, Charles W. Eliot University Professor, Harvard University, USA. Summers said that quantitative easing was likely to be less effective in Europe than it was in the US since Europe already has very low interest rates and European banks are less able to transmit monetary expansion to the wider economy. Summers urged Europe to embark on fiscal stimulus and said that “deflation and secular stagnation are the risks of our time”.

Gary D. Cohn, President and Chief Operating Officer, Goldman Sachs, USA, said that the US economy is strong but weakness elsewhere would make it hard for the Federal Reserve to raise interest rates. He said the dollar’s strength, which could have a chilling effect on the US economy, would also encourage US monetary authorities to keep rates low. “We’re in a currency war. One of the easier ways to stimulate your economy is to weaken your currency,” he said.

Ray Dalio, Chairman and Chief Investment Officer, Bridgewater Associates, USA, said that a weaker currency has to be part of the solution for Europe’s problems, given many European countries’ lack of competitiveness. “Forceful QE and forceful structural reforms, including currency adjustment, are what is needed,” he said. Dalio expressed concern that with interest rates at or near zero, central banks have lost their traditional method for stimulating economies. Fiscal policy now must work together with monetary policy to stimulate growth. “Monetary policy that helps fund deficits, that monetizes the deficits, is a path to consider.”

Dalio added that “Spain has done a wonderful job with structural reforms. It is a model.” He noted that the fastest growth often comes from countries that successfully implement structural reforms, such as China in the recent past.

Christine Lagarde, Managing Director, International Monetary Fund (IMF), Washington DC; World Economic Forum Foundation Board Member, also complimented Spain on its reforms. She said that Europe’s monetary union is still quite young but has nonetheless moved forward quickly. “Massive progress has been made in the last five years. More progress has to be made in terms of fiscal union and banking union.”

“I am confident that Europe can make it,” added Ana Botín, Chairman, Banco Santander, Spain. She said Europe is now seeing a great deal of foreign investment, including in her own bank’s recent capital rise. Some European countries are successfully implementing structural reforms to increase competitiveness. Automobile factories in Spain are now more productive than those in Germany. “We are making progress,” she said. “It takes time for a region to unify.”