Lloyds Bank posted a strong set of results this morning, including a 5% rise in profits to £8.1 billion and a full year dividend to shareholders of 2.75p. Shares rose 10% in early morning trading. The bank also increased the money set aside for PPI claims by £2.1 billion, to £4 billion. This bank anticipates […] 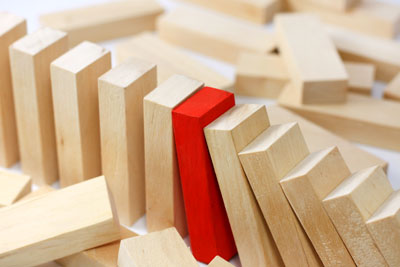 Lloyds Bank posted a strong set of results this morning, including a 5% rise in profits to £8.1 billion and a full year dividend to shareholders of 2.75p. Shares rose 10% in early morning trading.

The bank also increased the money set aside for PPI claims by £2.1 billion, to £4 billion. This bank anticipates this will cover all future claims up to the expected FCA deadline of 2018.

The bank also said that 70% of complaints now come from Claims Management Companies, not direct from consumers.  This follows on from a report published by the National Audit Office yesterday which showed that almost a quarter of PPI compensation payments have gone to these firms. That would suggest that around £1 billion of the £4 billion set aside by Lloyds – a bank backed by the taxpayer – will ultimately end up in the pockets of claims management firms.

“Lloyds is positioning itself as the bank that likes to say yes to shareholders. A strong capital position means the bank can now throw off excess cash rather than building up its defences. Lloyds is the simplest of the UK banks as its activities are purely focussed on UK retail and business lending, with no roulette wheels spinning in the background. It’s easy to see why the public sale was so popular, before it got kicked into the long grass by the Chancellor.

Lloyds has put aside a huge amount for PPI in anticipation of the end of the claims saga, which has cost the bank £16 billion to date. Lloyds will be hoping this is the final pay off it has to make before the regulator imposes a deadline on new complaints. Claims management firms will be salivating at the prospect of the forthcoming feeding frenzy, but longer term it looks like they are going to have to find a new source of income as the PPI cash machine is being shut down.

The public sale of Lloyds is still on ice, and while the share price shot up this morning, it’s still around 10% shy of where it needs to be for the government to break even on the bailout. It now seems unlikely the deal will resurface again before the Brexit vote, given the market volatility we could see as we approach the referendum date.”