By Ana Boata, European economist at Euler Hermes From an economic standpoint, June’s in/out referendum will have a significant bearing on the future of the UK. The potential fall in exports, higher import bills and financial costs and rush in divestment that we can expect from a Brexit paint a concerning picture for British firms […] 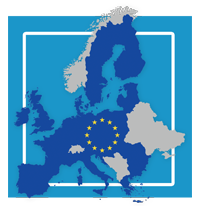 From an economic standpoint, June’s in/out referendum will have a significant bearing on the future of the UK. The potential fall in exports, higher import bills and financial costs and rush in divestment that we can expect from a Brexit paint a concerning picture for British firms in a world outside the EU, and its economy could find itself anchored in a ‘perfect storm’ of headwinds.

At the end of last year, we set out three scenarios as part of a piece of research to assess the impact of Brexit on UK businesses – the UK remaining within the EU, withdrawing with a replacement Free Trade Agreement (FTA) and an exit with no new FTA.

Focusing on the worst of the three, we expect the economy to suffer a sharp contraction as a result. Indeed, even if new FTAs are put in place with the single market and all of the UK’s global trading partners, the turnover growth of British businesses is likely to contract by one per cent per year on average, compared to a predicted growth rate of four per cent after 2017. There are three main factors responsible for this – losses in direct exports, falling profit margins due to higher import and financing costs and drops in Foreign Direct Investment (FDI).

The loss in exports is likely to be particularly severe. According to our research, leaving the EU without an FTA would likely result in losses of £30 billion, or eight per cent, in total goods exports by 2019. Without access to its largest export market, this gap would take at least 10 years for the UK government to fill even it were to be offset by new trade deals with the US, China and Commonwealth countries. In addition, the trade balance deficit, which widened in the final quarter of 2015 amid the global market turmoil, is likely to extend by £35bn within 12 months after the UK’s exit has been formalised.

British companies are already under immense pressure to become more competitive against high growth markets in the US and Asia. Together with the battle against higher R&D costs and a strengthening pound, such a situation would pile more strain on certain sectors, namely chemicals, automotive and machinery and equipment. With £55bn in exports each year, the chemical industry would be hardest hit to the tune of a potential £7 billion loss in sales, kicking significant knock-on effects into motion across the supply chain, putting jobs at risk.

In addition, company profit margins would also feel the pressure of the depreciating pound against the dollar and euro and the introduction of new import tariffs, either from the EU to protect continental producers or by the UK in an attempt to boost local production. Businesses would also likely see their financing costs rise due to the possibility of UK-based banks losing their ability to secure competitive funding from the European Central Bank. The Bank of England may also have its hand forced when it comes to raising interest rates in a bid to fight the falling value of the pound, whether an FTA is signed or not.

Looking at the level of FDI, it should come as no surprise that the inflow of investment would drop, given that foreign businesses would benefit less from relocating or expanding into the UK. Without an FTA, our forecasts suggest that roughly £210 billion in inward investment would be lost in the four years following a referendum. In fact, the fears of a UK exit are already affecting sentiment and impacting investment decisions. Since the second quarter of last year, short-term financial (portfolio) investments have declined by £85 billion, with a potential Brexit likely to have been responsible for 40 per cent of the fall.

We continue to forecast that the UK will remain in the EU after June’s vote, minimising trade disruption with its 500 million strong customer base and growing exports by as much as £26 billion by 2019. However, with just over three months to go the margin is very tight, and from our research, it’s apparent that the UK is treading dangerously close to the edge.