The Panama Papers: A summary of the largest leak of files in history

The media has been overflowing with the news of a huge leak of data from the fourth biggest offshore law firm Mossack Fonseca in Panama. 11.5 million files, which include the details of 214,000 entities including companies, trusts and foundations, expose how the wealthy and powerful use tax havens to launder money, dodge sanctions, and […] 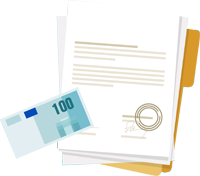 The media has been overflowing with the news of a huge leak of data from the fourth biggest offshore law firm Mossack Fonseca in Panama. 11.5 million files, which include the details of 214,000 entities including companies, trusts and foundations, expose how the wealthy and powerful use tax havens to launder money, dodge sanctions, and avoid tax. The Panama Papers include links to 12 current or former heads of state and government and more than 60 relatives and associates of heads of state and politicians.

Mossack Fonseca’s response to the leak states that the law firm has operated beyond reproach for 40 years without having been accused of criminal wrong-doing. The Panama-based company runs worldwide operations with franchises around the world, employing 600 people working in 42 countries. The firm has acted for more than 300,000 companies, more than half of which are registered in the UK and in British-administered tax havens such as Guernsey, Jersey, and the Isle of Man among others. More than 100,000 of the secret firms have been registered in the British Virgin Islands. Other tax havens where Mossack Fonseca operates include Switzerland and Cyprus.

The information presented in the files spans a period of time between 1977 and December last year. After obtaining the leaked documents, the German newspaper Süddeutsche Zeitung shared them with the International Consortium of Investigative Journalism (ICIJ), which worked alongside journalists from 107 media organisations across the globe to analyse the information.

Iceland’s Prime Minister, Sigmundur Gunnlaugsson, was revealed to have been hiding millions in offshore accounts, having bought a British Virgin Islands-based offshore company with his wife, Anna Sigulaug Pálsdóttir. The key purpose of the company, Wintris Inc., has been investing Mrs. Pálsdóttir’s share of the very substantial proceeds from the sale of her father’s business. Following a mass protest in Reykjavik on Tuesday evening, Mr. Gunnlaugsson has now resigned.

The documents also show a billion-dollar money laundering ring between close associates of Russia’s President, Vladimir Putin. Dmitry Peskov, the spokesman for Mr. Putin commented that the reports were down to “journalists and members of other organisations actively trying to discredit Putin and this country’s leadership”, adding that publications of the leaks may be down to “former employees of the State Department, the CIA, other security services.”

The scandal also touches on UK Prime Minister David Cameron and his late father Ian Cameron, who according to the leaked documents set up an offshore fund which avoided ever paying British tax. Mr. Cameron has so far failed to provide a clear account about the company set up by his father in 1982 and run from the Bahamas and although he claims that he “own(s) no shares, no offshore trusts, no offshore funds, nothing like that.” It is still debatable whether his family stands to gain in the future from Blairmore Holdings. In another attempt to satisfy the public, Downing Street clarified that there were “no offshore trusts or funds” that the PM and his wife and children would benefit from “in the future”.  However, many questions still remain open while the Labour Leader, Jeremy Corbyn calls for investigation into Mr. Cameron’s tax returns. In addition, he demands for the government to consider the imposition of ‘direct rule’ on British overseas territories and crown dependencies in the cases of them not complying with UK tax law. A meeting of G7 countries to discuss the issues has already been arranged and will be held on 12 May in London.

The leaked files also suggest that Uruguayan lawyer Juan Pedro Damiani has assisted Fifa’s vice-presided who was arrested in May 2015 as part of the US inquiry into football corruption. Mr Damiani is believed to have provided legal advice to the ex-vice-president on at least seven offshore companies. Although Mr Damiani has told Reuters that he broke off relations with Fifa’s key member when he was accused of corruption, the football’s world governing body said that the lawyer is now being investigated.

Juan Carlos Varela, the President of Panama has expressed that the Panamanian Government has “zero tolerance” for such illicit financial activities and guarantees co-operation with any judicial investigations across the globe.