The Footsie entered a technical bull market yesterday afternoon, after closing more than 20% higher than its recent low of 5,537 reached on 11th February 2016. The bounce has been led by a big recovery in mining stocks, and a boost from the falling pound which has augmented the Sterling value of the overseas earnings […] 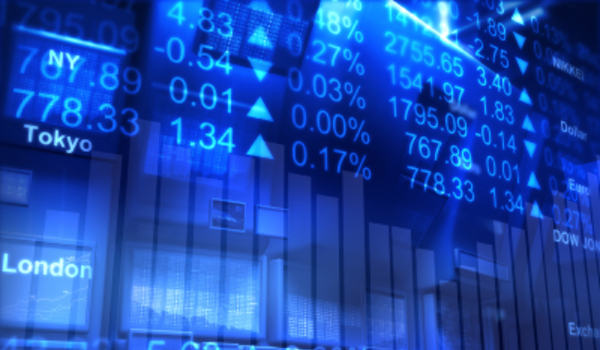 The Footsie entered a technical bull market yesterday afternoon, after closing more than 20% higher than its recent low of 5,537 reached on 11th February 2016.

The bounce has been led by a big recovery in mining stocks, and a boost from the falling pound which has augmented the Sterling value of the overseas earnings streams generated by many of the big blue chips. In terms of the miners, BHP Billiton and Rio Tinto are trading around 50% up on their February price, with Glencore doubling in price since 11th February.

Today the positive mood was helped by the emergence of Theresa May as Conservative party leader, and the expectation of a rate cut, and possibly more QE, from the Bank of England on Thursday.

House builders did particularly well today, perhaps an acknowledgement of the supportive nature of loose monetary policy on their businesses.

It is important to point out not every blue chip has enjoyed the last five months, with around three out of every ten FTSE 100 stocks still below their 11th February price. Some airlines, banks and house builders are still trading below their price on that day.

Laith Khalaf, Senior Analyst at Hargreaves Lansdown commented: ‘The Footsie has been tipped into a bull market by the emergence of Theresa May as Prime Minister, though the whiff of some loose monetary policy coming from the Bank of England this Thursday probably helped the index over the line too. The role played by the commodity behemoths should not be under-estimated either, these stocks are now trading at much higher prices than in the depths of the market in February.

The Tories may be starting to get their house in order, but the stock market has hardly followed in the mould of the one-nation conservatism espoused by the party. There have been very divergent fortunes amongst the big blue chips, with some airlines, house builders and banks being left behind by the rest of the market.

Overall the Footsie has definitely proved resilient in the face of all the uncertainty created by the Brexit vote, though that really is testament to the international make-up of the index, and the long-standing faith in central bankers to come to the rescue by turning on the printing presses. Indeed if Mark Carney fails to act on Thursday, the market will be disappointed.

On a long term view, the valuation of the UK stock market currently looks reasonable, particularly when pitched against government bonds yielding less than 1% over ten years. For income investors the stock market is really the only game in town, unless they want to take on the high costs and poor liquidity of the property market. We have of course recently seen the fall-out from such a strategy.

With interest rates looking like they are on the way down and potentially some more Quantitative Easing on the way, stocks are likely to remain well-supported, if volatile.’