Qualifying as a chartered accountant in 1987, Sue Gull spent the last fifteen years with the Scrutton Bland Group, working with its partners and colleagues developing services aimed at helping owner managers achieve their ambitions; from personal tax planning to buying or selling a business, each client will have unique needs. Scrutton Bland’s team consists […] 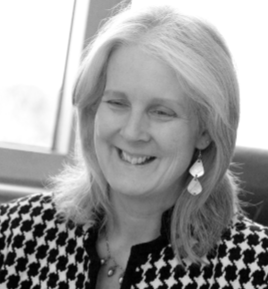 Qualifying as a chartered accountant in 1987, Sue Gull spent the last fifteen years with the Scrutton Bland Group, working with its partners and colleagues developing services aimed at helping owner managers achieve their ambitions; from personal tax planning to buying or selling a business, each client will have unique needs. Scrutton Bland’s team consists of over 150 people providing a full range of accountancy, tax, personal financial planning, valuation and insurance services from our offices in Ipswich, Colchester and Diss. Here she talks to Finance Monthly in more detail about her role in Titchmarsh & Goodwin’s management buyout.

What prompted the Management Buyout (MBO)?
Titchmarsh & Goodwin is a long established Ipswich business with a reputation for quality and craftsmanship. Its skilled workforce of over 30 employees includes cabinet makers, wood-turners, carvers, gilders and French polishers.

The firm was sold by the Goodwin family to a Russian owner in 2012. When the business began to struggle under the new ownership, Jamie Cooper and Angela Linforth stepped forward with a proposal to buy the business. They combined Jamie’s experience as head of design and sales over the past decade with the business, with Angela’s fresh ideas from her previous roles, which included seven years as Editor of Homes and Antiques magazine. Both are deeply committed to the business and have a clear view as to how to take it forward, capitalising on its reputation but at the same time developing new markets.

Scrutton Bland aided Titchmarsh & Goodwin on the MBO. What was your specific role?
The proposed MBO required funds not only to provide working capital for the regenerated business, but also to settle significant liabilities incurred in the period since 2012. Although Jamie and Angela were committed to raising funds from their personal resources, third party funding was required to bridge the gap. Securing funding at the right level was critical to ensuring financial stability and a sustainable future for the business.

We knew Jamie and Angela were not in a position to spend large sums on forecasts to present to proposed funders so we used our new cloud based Management Information (MI) and forecasting
solution, SBLive, to present financial information and forecast working capital requirements. Once funding was secured we advised on the tax structure of the transaction and continue to work with the MBO team to ensure up to date MI for the new business.

Scrutton Bland worked in partnership with Birketts and NatWest on the MBO – how was the partnership arranged in terms of roles?
Whilst we worked with Jamie and Angela on the cash requirements of the business, the financial support of NatWest was critical. Ensuring the transaction could complete and the MBO team had funds to trade was only part of the story. Most importantly, when negotiations became tricky in the final stages, NatWest confirmed additional support and Jamie and Angela had the confidence to negotiate from a position of strength with the knowledge the funds were available.

James Austin and his team at Birketts solicitors then threw in their considerable experience, resolving a large number of tricky legal issues which arose once the offer had been made to the existing owner and negotiations began in earnest. Property issues, security for lending, dealing with landlords and careful handling of cash flow were all navigated with care.

But it was in the final stages of the transaction that the importance of good legal advice was really highlighted.

What were the challenges, if any, of bringing the buyout to completion?
In the final week the existing owner delayed completion. What none of us expected was the email from the seller’s solicitors on the Monday morning informing us that he had sold his shareholding on the Friday to a third party who had no previous history with the business.

At that point a less committed management team might have given up. However Jamie and Angela remained unconvinced that the new owner had the long term interests of the business at heart.
There followed a week of intense activity with NatWest, Birketts and Scrutton Bland supporting Angela and Jamie in their attempts to discover what was really happening. Some of the legal intricacies confirmed the importance of experienced advisors to deal with such transactions. Knowing they had the funding agreed and ready, along with legal backing, gave Jamie and Angela the security to fight back. The following week, they were able to complete the MBO, preserving this longstanding Ipswich business and its workforce.

Is there anything else you would like to add?
For all of us it was proof of how important persistence and teamwork are to business and jobs in our local area and we hope that with continued support this longstanding business will thrive.