Highlights from WEForum 2017 in Davos

Though the US’ 45th President, Donald J. Trump stole the headlines last week, Alpine resort Davos saw a sweep of discussions, announcements and interesting statements come from this year’s 47th World Economic Forum. Here below we have picked out some of the top highlights from the four-day annual forum. US-China Trade War Keynote speaker Chinese […] 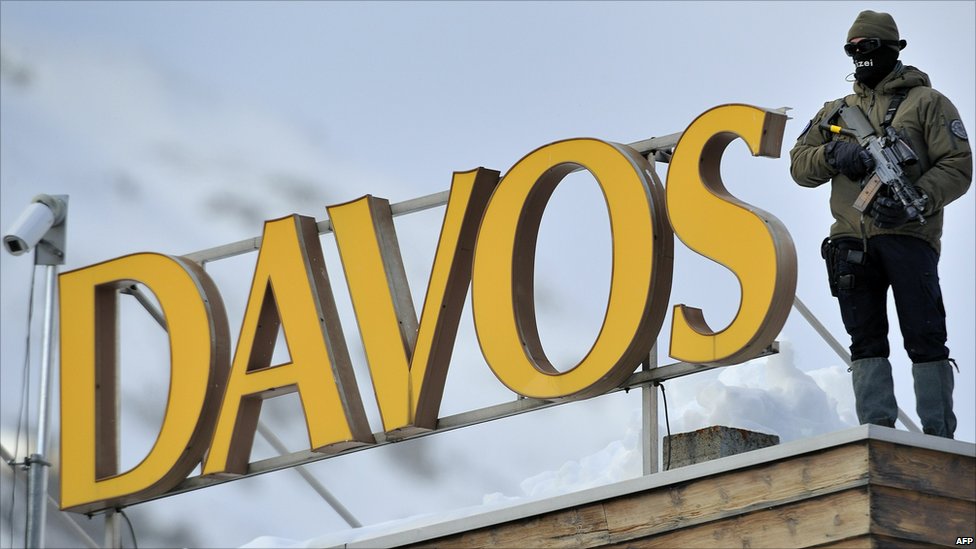 Here below we have picked out some of the top highlights from the four-day annual forum.

Keynote speaker Chinese President Xi Jinping opened the forum stating that “Protectionism is like locking yourself in a dark room, which would seem to escape wind and rain, but also block out the sunshine…No one is a winner in a trade war.”

Jinping and other Chinese spokespersons, throughout the forum, set out a strong position, a warning even, against Trump’s intimidations to start an American trade war against China.

Chairman of Ali Baba stated at the forum that a trade war between the US and China would be disastrous, and that he would do all he could to prevent it. “I think that China and the US should never have a trade war, will never have a trade war, and I think we should give President-elect Donald Trump some time – he’s open-minded, he’s listening,” Ali Baba’s Chairman said in a speech.

AIi Baba executives also announced the signing of an Olympic sponsorship deal and provoked the US on its concerns towards its military rather than prioritizing infrastructure.

On topics of European politics, and their effect on global economic matters, delegates met to discuss, and thereafter agree or disagree, on how political shifts, due to ground-gaining anti-establishment political parties, can be addressed by institutions.

Additionally, the UK PM was confident in portraying post-Brexit Britain as a champion in free trade, claiming that “The UK will step up to a new leadership role as the strongest and most forceful advocate for business, free markets and free trade anywhere in the world.”

An interesting comment came from Sergio Ermotti, CEO of the UBS Group AG: “2017 will be a very challenging year for Europe…You see what’s going on with Theresa May (and Brexit) but also, we have elections coming in Holland, most likely it’s going to come out that the Populist party will have a relative majority. You will see France elections, you will see German elections, Italian elections and they are all pointing out to a lot of divide within the EU on how to tackle these issues.”

On the other hand, much discussion also surrounded the inauguration of Trump, populist politics and business confidence on the back of his intentions… and tweets.

“I think that these very rational people will be very thoughtful when they go about the actual policy,” said Jamie Dimon, CEO of JPMorgan Chase & Co., discussing the need to focus on Trump’s cabinet nominees, rather than worrying about his one-line tweets.

Dimon told reporters he was not concerned about the US’ future and its effect on the world’s economy, given that the real estate magnate and TV star has enlisted “very serious people” for the new US administration.

Though financially, many were on the fence in discussions surrounding Trump’s intentions in relation to finance, Wall Street’s high flyers spoke about being confident that the incoming administration will relax regulatory limits on financiers, though they are not counting on the new President to overturn Obama’s Dodd-Frank Act (2010).

On the last day, a discussion took place as to whether populist politics can be positive for the global economy, markets and moving onward. Both the election of Trump and Brexit were prime examples used to define whether populism is a detriment to economic affairs or not, and one of the overall conclusions that can be taken from the discussion was that Trump and similar scenarios “will be disruptive and bring the economy forward,” (Indian billionaire Anil Agarwal).

This however, was not a majority opinion shared by all, and has been an ongoing debate through various speeches at the forum. Philip Jennings, General Secretary of the UNI Global Union said: “I think Donald Trump is going to turn out to be the betrayer in-chief. If you look at the people that he’s surrounded with, there’s not one of them that’s got the working man’s interest at heart.”

But again: “In Davos, I’ve got the impression that the Trump election is being interpreted as thoroughly positive in economic terms,” stated Swiss Finance Minister Ueli Maurer to reporters on the final day.

But of course, politics did not dominate the forum necessarily, leaving ample space for tech and manufacturing companies to make announcements and analyses.

Toyota Motor Corp. Chairman Takeshi Uchiyamada, says that due to the need for further infrastructure, fuel-cell automobiles will eventually become popular, but it will take much longer than it took gasoline-electric cars to gain status.

“The hybrid sold much faster than we had anticipated…as for the FCV cars, we assume it won’t be as fast as hybrid as the infrastructure needs to be prepared before it becomes major in the market,” he told Bloomberg.

Co-founder of Alphabet Inc., Sergey Brin said in a speech that the company was one of the biggest spenders on AI in the world as of late, stating that the boom in uses of AI technology “has been very profound, and definitely surprised me even though I was right in there and could throw paper clips at them.”

Much of his speech revolved around advances in AI technology, their application to a variety of segments from law to manufacturing, the threat of job eliminating and further shifts in society. He says it is a priority now to focus on the “inherently chaotic” tech steps and how the world must adapt appropriately.

Another hot topic during the week was climate change. Campaigners are worried the US’ new administration will be the demise of fresh policies, action and protection. Norwegian Prime Minister Erna Solberg spoke on behalf of the many in stating that Trump may very well not implement the Paris agreement, which aims for nations to keep global warming levels “well below” 2C. Many activists said their prime focus now is on Trump’s moves and how they might affect global climate concerns.

On top of these developments, the Gates Foundation also announced the joining of a global coalition for vaccines, against infectious diseases worldwide, the Coalition for Epidemic Preparedness Innovations. Starting off with a funding of $460 million from the Wellcome Trust, Germany, Japan, Norway, and now the Gates foundation, the coalition aims to develop and deploy vaccines in record times to curb the spread of global diseases.

And finally, the entire forum itself went to prove to the world the gigantic advent of drone technology, in the form of security. Across the Davos resort, security staff were armed not only with counter-human measures, but also with anti-drone technology. Dedrone, a leader in said technology, provided the personal with a drone defence system. Police in the Canton of Graubünden then used the system to monitor critical airspace above the resort area in real time.