Nicholas Hyett, Equity Analyst at Hargreaves Lansdown 2016 was the quietest year for initial public offerings (IPOs) in the UK since 2009. The uncertainty following the result of the EU referendum stalled a number of planned IPOs and the US also saw the number of companies going public falling to 7 year lows. Low interest […] 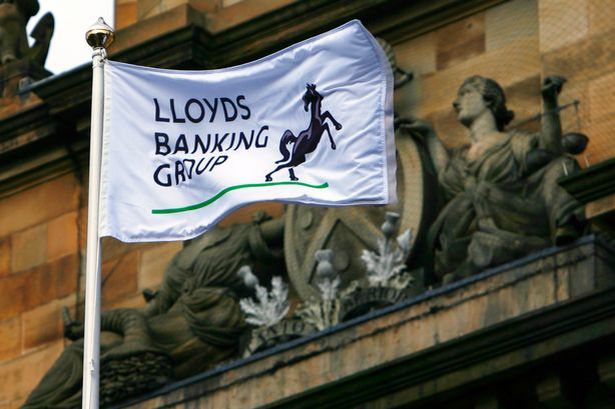 2016 was the quietest year for initial public offerings (IPOs) in the UK since 2009. The uncertainty following the result of the EU referendum stalled a number of planned IPOs and the US also saw the number of companies going public falling to 7 year lows. Low interest rates make debt more attractive to companies looking for funding, while market turmoil early in the year, as well as the political uncertainty surrounding Brexit and the US election, played a part.

Retail investors had the disappointment of being denied involvement in a Lloyds share sale, although there is still time and plenty of opportunity to rectify this with the remaining c. £2 billion stake.

Today’s announcement confirms that more shares have been sold to the institutions through the trading plan and the taxpayer is no longer the largest shareholder in Lloyds. The taxpayer stake has now fallen below 6%.

Looking ahead, now that interest rates are rising in the US and stock markets are hitting record highs, 2017 could see issuing shares return as a popular way to raise funds. Here are some potential candidates for IPO:

O2 is currently owned by Telefonica, and rumours that the Spanish giant is considering an IPO of its UK business have been swirling for some time. With more than 25 million customers nationwide, the group is one of the UK’s largest mobile operators, and also owns half of Tesco mobile.

Telefonica had previously tried to sell the business to Three owner CK Hutchison for £10.3bn, but the deal was blocked by EU regulators. If the company achieves that price tag at IPO it would be the largest flotation since mobile rival Orange listed back in 2001.

O2 has a long track record of ownership by private investors and if Telefonica decides to return O2 to public ownership, the company’s strong customer base would provide an excellent starting point for including private investors in the launch. That might have the added bonus of making customers stickier in what is a notoriously fickle industry.

2016 saw GoCompare.com split off from parent esure. 2017 could see rival comparison website CompareTheMarket.com join it on the stock exchange with owner BGL Group rumoured to be considering an IPO in the first half of 2017.

The website, which is BGL’s most high profile business, was launched in 2006, with its signature Meerkats first appearing on TV screens in 2009. However, the group also operates a similar website in France under the “Les Furets” (the Ferrets) brand, runs a life insurance business and offers support services for other insurers.

The other three big UK price comparison websites are already listed, which should mean that investors are familiar with the model and make a float easier. But why would investors be interested in yet another price comparison business? Well, it’s the most popular comparison site in the UK and grew revenues by 16% last year, compared to just 5% at GoCompare . . . Simples!

Private Equity firm CVC bought an 80% stake in Sky’s betting arm back in 2014, and there were rumours that an IPO was on the cards in September of last year. However, while CEO Richard Flint acknowledged that CVC will be looking to exit the business at some point, and an IPO is a possibility, there was no timescale at that time.

21st Century Fox’s bid for Sky has altered the situation somewhat. Sky still holds a 20% stake in the business and it’s unclear whether Fox will choose to retain it following the acquisition. The group has no gambling operations elsewhere, and faces strict gambling laws in the US. That might put an IPO back on the cards.

The group is currently eyeing international expansion into markets where Sky already has operations, targeting the German and Italian markets. The move follows a 51% increase in UK revenues in 2015/16. That was driven by a strong performance in the group’s sports betting operations, which saw revenues rise 64%, while online gaming (including Bingo, Poker and Casino) grew 36%.

Speculation has suggested the group could be valued at £1.5bn, and (although 3 years is a relatively short term investment for a private equity fund) that would represent a healthy return on the £800m valuation CVC put on the group when they originally invested.

Away from consumer brands, cybersecurity start-up Darktrace is one potential debutant to keep an eye out for.

Founded by a combination of GCHQ spooks and Cambridge University academics, the group’s software uses machine learning and advanced probability mathematics to detect potential threats. The ability to act independently, drawing on inspiration from the human immune system, means that it can react to potential threats quickly and identify never-seen-before anomalies without relying on existing rules or assumptions.

Darktrace has so far raised over $90m, and was recently valued at $500m. The group reportedly told investors back in October that its ultimate ambition was to float on the stock market, but has since denied that there are any immediate plans to do so.

Nonetheless, with stock markets buoyant and it’s one we think might yet make an appearance in 2017. We just hope that the group chooses to list in London, rather than following the depressingly well-worn path of British tech stocks heading for NASDAQ.

Other contenders rumoured to be considering IPOs in 2017 include;