A direct route to the private jet market  The 21st Century. A sense of immediacy dictates everything we do. Everyone is in a rush and everything is ‘needed’ at the click of a button. From groceries to holidays and mortgages, everything is available online. Take the travel industry, for example. Aggregator platforms like Skyscanner, Kayak […] 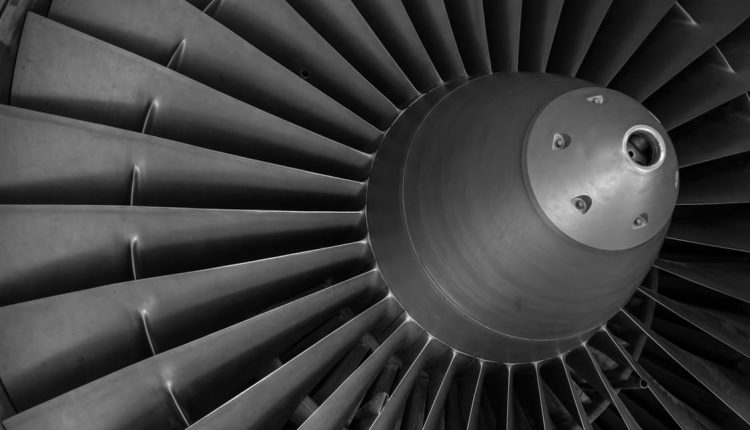 A direct route to the private jet market

The 21st Century. A sense of immediacy dictates everything we do.

Everyone is in a rush and everything is ‘needed’ at the click of a button. From groceries to holidays and mortgages, everything is available online.

Take the travel industry, for example. Aggregator platforms like Skyscanner, Kayak and Hipmunk have given travellers instant access to hundreds, even thousands, of flight options, making it possible to book a flight on a commercial airline in mere minutes. Such is the expectation of the increasingly fast-paced world we live in, that a customer would quickly get frustrated if the process took longer than this.

Private jets are the ultimate method of transport for the modern world. Designed for one main purpose – to cut the time it takes to get from A to B – private aviation is the most time-efficient means of travel. This can be hugely beneficial for ensuring business effectiveness when getting your key people to important meetings quickly and efficiently, for example cutting out the wasted time that management teams spend waiting at airports for flights and connections.

Yet, fliers have traditionally not had a direct route to market. Those wishing to fly by private jet are still largely settling for the old-fashioned means of booking a private jet over the phone, via a broker. Having to wait any period of time for a flight to be confirmed on Skyscanner would be entirely unacceptable to a customer. So why is this acceptable in private aviation?

The answer is simple, or exceedingly complicated, depending how you look at it. The industry has to date been unable to automate the staggering number of variables that need to be considered when calculating the cost of a private jet flight.

Consider a commercial flight leaving a certain airport, at a certain time. All the various calculations of aircraft fees, take off fees, noise surcharges and a multitude of other necessary fees are already taken into account. But when a traveller books a private jet, leaving at a time and from a place of the passenger’s choosing, each of these variables needs to be calculated from scratch. Until now the technology has not existed to connect fliers directly to the private jet market, but thanks to a revolutionary new platform, this is changing.

Stratajet, a cutting-edge private aviation company, first launched to the flying public in April 2016, with the unique proposition of allowing customers to book a private jet flight via a completely online platform.

At the heart of what has been a whirlwind 18 months for the company, going from six people working in a bunker developing the platform’s prototype, to launching as a fully operational international business and achieving a $10million run rate and growing by 40% month on month, has been CFO David Lee.

David joined Stratajet in June 2015 at a crucial point of the company’s execution. “We anticipated this level of rapid growth,” David recounts, “both in terms of the business operations and its staff – which now numbers 65 – and knew it would not have been possible without a robust finance and business support foundations.” Building a finance function from scratch was the first on a long-list of major contributions that David has made to the business: “It was crucial to put the necessary finance infrastructure and operational processes in place very quickly in order to support this growth.”

A broad cross-section of experience has given David the right tools to help “develop and implement the right tactics and strategy to set the business up for success.” In fact, this kind of face-paced environment is one in which David thrives, having spent the ten years prior to Stratajet working with high-growth entrepreneurial companies. Previously CFO at Mendeley, a high-growth, high-tech SaaS start-up, David built the finance function and helped close a significant funding round, eventually overseeing the sale of the company in 2015.

Such is the expertise accumulated during a decade of working for innovative, growing businesses that David’s role at Stratajet has grown to much more than overseeing the company’s finances. “As a CFO in medium sized business,” he says, “my role is quite all-encompassing. I oversee our HR, legal, analytics, facilities and commercial functions, as well as the finance. But essentially, my role is to support the CEO as right-hand man. Doing what it takes to grow the business. We put a lot of effort into building the right management team, which we are now seeing pay off as the business enters new territories.”

David’s experience in fund raising has been particularly invaluable to Stratajet, as he, in May 2016, helped position the company for a large round of Series A investment. This additional $8 million (led by Octopus Ventures, with participation from existing investors Playfair Capital and JamJar Investments) has brought total funding in the platform to $14m and aided in the development of additional technology functionality, ensuring viable and sustainable growth in the platform.

David highlights the importance of this funding in supporting the company’s main asset – its technology. “As a tech company, our focus is on the platform we have built, the patented intellectual property, the software that makes everything work and the data we have collected. Therefore, expenditure in the coming year will largely be on the continued investment into that technology platform, allowing further expansion into new international markets.”

There is, however, no rest for the wicked.

Following the platform’s success since launch across Europe in April 2016 and subsequent launch into the US in October, plans are afoot to expand in 2017. “We have a number of major milestones due in the coming year,” David hints, “both in terms of geographical expansion and major partnerships that we’re working on across the private aviation and general travel industries.” With David’s increased responsibilities, careful collaboration is required between the major areas of the business – marketing, customer service, IT, finance, etc – “in what we anticipate will be another huge year in the development of the Stratajet business.”

2017 won’t, however, be without its challenges from a financial perspective, particularly for a London-based start-up. Brexit continues to dominate headlines as Theresa May puts plans in place to trigger the process that will allow the UK to leave the EU, according to Article 50 of the Lisbon Treaty and as Stratajet continues to grow, so will its staff. “Talent acquisition,” notes David, “is key to the success of any high-growth business; it’s like the oxygen we need to grow. So we are keeping a close eye on the impact that Brexit will have on the London labour market as we look to hire another 50 team members in the next 12 months. To date, the EU has been an amazing talent pool for us – over 40% of our team are European – and we are working with political campaigners to ensure London remains an international destination for talent.”

Offering a word of advice to other financial directors, David is positive about what political changes will bring to the business world. “Even though some will worry about political instability,” he says, “there is no suggestion that this will impact the scope for any business to conduct its affairs. Therefore, my advice to FDs is to stick to the basics, especially when working in fast paced environments. It’s vital to have clear planning and forecasting procedures but you should also ensure you have a finance team who are not always stuck in the detail of the financial accounts, but rather are proactively immersed in and supporting the business operations. A team,” he continues, “must be able to adapt the operations quickly to any changes in the business environment as opportunities (or threats) arise. And it goes without saying that you will always need robust planning processes, timely management information and razor sharp cash controls, this is where an effective finance team can add huge value to the business.”

Say Goodbye to Leather: The Digital Wallet Is Here to Stay