The next Thought Leader that we spoke to is a professional that frequently updates Finance Monthly and our readers on all things tax in New Zealand. Here Richard Ashby, who has been dealing with New Zealand taxation for over 29 years, introduces us to recent developments in the sector and shares his predictions for the […] 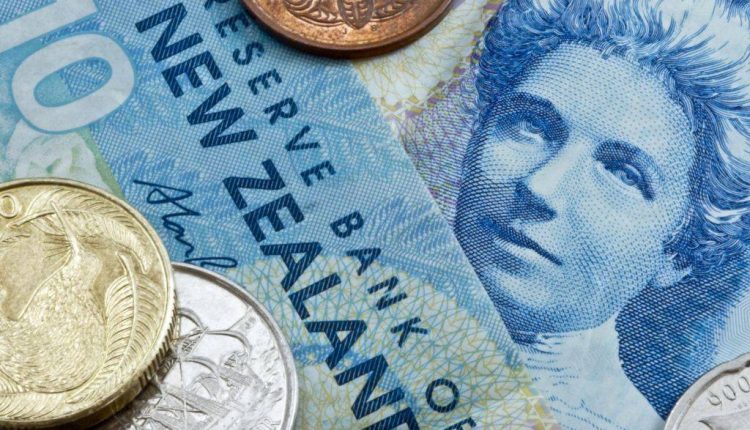 The next Thought Leader that we spoke to is a professional that frequently updates Finance Monthly and our readers on all things tax in New Zealand. Here Richard Ashby, who has been dealing with New Zealand taxation for over 29 years, introduces us to recent developments in the sector and shares his predictions for the year ahead.

What have been the hottest topics being discussed in New Zealand in relation to tax since we last spoke in September?

For the past few months there have been two separate taxation Bills, making their way through Parliament. Both Bills contain some fairly significant changes that will mostly impact the SME market (in a positive way thankfully), with one of the Bills also providing the required legislation to facilitate NZ’s commitment as a signatory to the Automatic Exchange of Information project, and the introduction of new disclosure rules with respect to NZ’s foreign trust regime. The latter has been the NZ government’s response to the release of the Panama Papers, which suggested NZ was being used as a tax haven by wealthy non-resident individuals. One of the Bills was passed last week and the other is expected to pass pre-31 March (NZ’s tax year end).

There has also been continual discussion concerning BEPS and where NZ is positioned with respect to the various Action Plan’s issued. Most of the commentary coming out of Inland Revenue in this regard, is that NZ already has appropriate legislation in place to apply OECD recommendations.

What do you anticipate for the sector in 2017? Do you believe that there is potential for any significant legislative developments in the next twelve months?

2017 is an election year for NZ, and with an expected budget surplus in May, the present Government is already hinting that there will be personal tax rate reductions, targeted at lower to middle income earners.  There are also likely to be further modifications to the present tax system, aimed at making it easier for taxpayers to comply with their obligations, thereby lowering the cost of compliance (which Inland Revenue has an ongoing project to continually reduce), although I would not expect to see any significant changes over the coming twelve months, bearing in mind the myriad of changes included in the recent two Bills.

Listening to your clients and fully understanding their needs is essential to providing good, sound tax advice. You have to continually ask questions and ensure you obtain all relevant facts. Once the detail is obtained however, the key to developing new strategies and ways to help you clients, is knowledge of the legislation and keeping abreast of any changes, the opportunities that lie within it to assist your client in obtaining their desired result, and most importantly, the ability to maintain an open mind and constantly question how the rules relevant to your client’s scenario, can be applied to produce the best result.

When you first joined Gilligan Sheppard, what were your goals in driving change within the company?

Actually, when I joined Gilligan Sheppard (just over 20 years ago), I had basically just completed an eight-year stint with Inland Revenue, and the first day on the job, I discovered I still had so much to learn. What was clear however, was that I now had an ingrained passion for dealing with NZ taxation. This connection had also transformed into a desire to spend as much of my time as I could, assisting clients with their tax issues, particularly as a problem solver, with a goal to obtaining the best outcome when dealing with whatever situation they had got themselves into.

Since becoming a partner of Gilligan Sheppard in 2005, my goal has been to develop a sustainable tax practice within the firm, which has started to become a reality in the past three years, when we decided to separate the practice into three separate business units, one being a dedicated tax team.

How would you evaluate your role and its impact over the last year or so?

In the past twelve months, we have started to promote a tax advisory service to other accounting firms who may not have their own internal tax resource. This has certainly been a learning curve as the nature of the advisory has changed from one of dealing with clients of Gilligan Sheppard who you have a natural relationship of trust with, to dealing with other accounting firms whom you are effectively in competition with for business services work, and the consequent need therefore to build a different type of trust relationship.

Do you have a mantra or motto you live by when it comes to helping your clients with audits and tax-related matters?

Communication is the key – never be afraid to ask a question, be an active listener and never be in a hurry to give advice just for the sake of giving it. When it comes to the Inland Revenue, always be pro-active in your dealings with them, and emotive reactions can be very costly, so always ensure your client focuses on the economics of any Inland Revenue dispute, and does not get caught up in the emotions of having to win.

How Do We Measure the Social Impact of an Investment?