The first Game Changer that Finance Monthly talked to this month is a CEO with a proven track record in FMCG businesses, former FTSE 100 Director and an international working experience. Stewart Hainsworth has been the Chief Executive Officer of the largest independent drinks company in the UK by volume, which manufactures and sells in […] 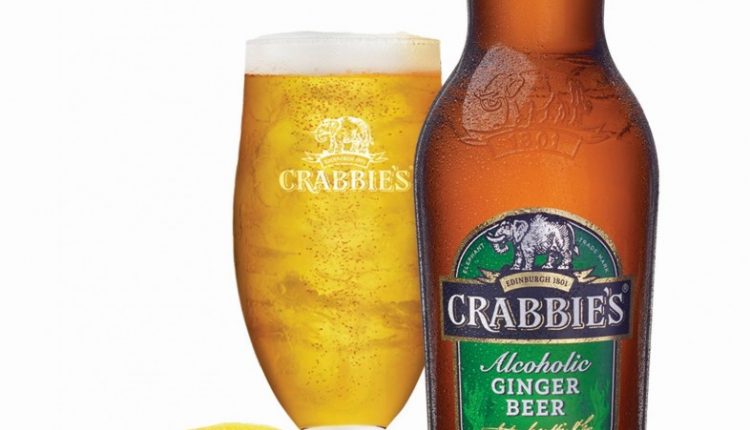 The first Game Changer that Finance Monthly talked to this month is a CEO with a proven track record in FMCG businesses, former FTSE 100 Director and an international working experience. Stewart Hainsworth has been the Chief Executive Officer of the largest independent drinks company in the UK by volume, which manufactures and sells in 88 countries across the globe – Halewood Wines and Spirits, for nearly two years. In his interview with us, Stewart tells us more about the company that is famous for its Lambrini and Crabbie’s Ginger Beer brands and his vision for its future.

Could you tell Finance Monthly more about Halewood Wines and Spirits and its ethics?

Halewood Wines & Spirits is the UK’s largest independent alcoholic and non-alcoholic drinks manufacturer and distributor. The company’s goal is to create a unique portfolio of craft products with strong local provenance in the beer, wine and spirit categories whilst providing the trade and consumer a point of difference from mainstream brands.

Halewood is expanding and now employs over 1,000 people worldwide, more than 50% based in the North West including 325 employees at its Liverpool Gin Distillery Headquarters, a thirty-acre facility based in Huyton, Liverpool, capable of producing 20m cases. Halewood’s executive team also benefit from the company’s London office in Mayfair.

The business remains family-owned since its creation by local entrepreneur, John Halewood in 1978 and has retained an active role in community-related activity, sponsoring local and national sporting events and raising stars in boxing and motor racing.

Halewood is a medium-sized company and modest compared to its large international competitors but it continues to “fly the flag” for the UK drinks industry internationally, with operations in Romania, South Africa and China. The company exports in over 90 markets worldwide, including significant volumes in North America and Australia.

The UK domestic business accounts for 45% of profitability with a growing presence in the supermarkets, small shops and Horeca (Hotels, Restaurants and Catering). The company is focused on growing core brand exports, whilst driving sales for its Agency brands: Tequila Rose, Carlsberg, Lheraud and Tsingtao through its international operations.

Halewood demonstrates a genuine commitment to communities in its brand activities. 2016 was the third year of Crabbie’s sponsorship of the Grand National, and signifies Halewood’s continued association with Aintree, dating back to the 1990s. As well as providing an unrivalled platform to promote and sample Crabbie’s Alcoholic Ginger Beer, the sponsorship has allowed Halewood to support the prime event of the Liverpool sporting calendar.

Crabbie’s is supporting rugby at all levels of the game throughout the UK – from sponsorship of Scottish and Welsh Rugby Union, St Helen’s Rugby League, through to supporting local players and clubs at grassroots level. The company also supports local community activities including Liverpool Football Club Foundation, Glacial Art – a company taking part in the World Ice Art Championships in Alaska – and sponsorship of Declan Jones, a racing driver from Merseyside.

What have been Halewood’s major achievements in 2016?

2016 was a challenging and busy year of re-focusing and acquisitions and it’s paid off. Halewood reported strong financial results for 2016. The business returned to growth with a profit after tax of £1.7m compared to a loss of £9.5m in 2015.

The positive results follow a restructuring of the business, focus on core brands and rationalisation of non-performing brands in conjunction with a rapid inorganic growth strategy to improve the product portfolio. The introduction of a new highly-experienced spirits focused senior team helped develop the strategy to put premium craft products at the helm, alongside substantial investment in distilling, manufacturing, brand marketing and distribution.

The results of the new strategy are paying off. In 2016 the business launched a significant number of new brands, including Marylebone Gin and the J.J. Whitley range of gins and vodkas, which are inspired by the British countryside.

Development of new products also includes the expansion of the premium Whitley Neill range, with a Blood Orange Vodka “a quintessential Sicilian flavour”, Quince Gin, “the first in the UK” and Rhubarb and Ginger gin to build on gin’s huge popularity with consumers.

The success of these products has resulted in further investment in the Huyton facility, where the whole range of Whitley Neill will be produced and bottled in the near future.

A number of Halewood brands won industry awards, including at The Grocer Drinks Awards, where Crabbie’s won the ginger beer of the year category alongside the Hot Brands award achieved in the USA. West Cork Distillery was voted best craft distillery in New York with its West Cork brand and Rum Sixty Six won a Gold award at the Spirits Business awards.

Could you tell us about any successful deals that Halewood has been involved in?

Halewood Wines & Spirits has made several major acquisitions in the recent past, including the purchase of a major stake in West Cork Distillers, to jointly develop and distribute its innovative Irish whiskey portfolio throughout domestic and international markets.

Halewood has purchased joint ownership of The Pogues Irish Whiskey, a joint venture with the iconic Celtic punk band and the business has also acquired Rum Sixty Six, a premium Bajan rum.

Most recently, Halewood made a significant investment in Hawkshead Brewery in the Lake District, as the business moves into the craft beer category for the first time and further strengthens its presence in the North West.

Another significant recent acquisition for Halewood is the super-premium organic craft spirit, Liverpool Gin. Liverpool Gin has been transformational for the business culture and direction in the business strategy. It has encouraged the whole workforce to engage with the brand and be proud of what they create.

Liverpool Gin has stayed true to its roots as an organic gin that is distilled and bottled in Liverpool driving significant investment in the Merseyside site, with new stills and specialised spirit bottling lines.

Halewood’s latest strategic investment is in The City of London Distillery, the only gin distillery in London’s Square Mile. The deal will enable the micro-distillery to further capitalise on the gin renaissance by gaining new routes to market, as well as reinforcing Halewood’s firm focus on premium craft spirits.

Looking into the rest of 2017 and beyond, what does the future hold for the company?

Halewood Wines & Spirits will remain focused on driving sales of core brands on a global basis, whilst further investing in craft products in new and existing facilities. The company wants to move closer to the consumer and develop new channels and routes to market. Engaging with the customer is important in the evolution of the company to identify new trends.

The company will continue to invest in liquid development, particularly through its Liverpool Gin Distillery, Hawkshead Brewery, Aber Falls Distillery and pending plans for a new John Crabbie’s Distillery in Scotland.

The partnership with Liverpool FC has only just commenced, so we are looking forward to deepening this relationship. Halewood’s sponsorship of the Liverpool FC Foundation will undoubtedly generate further opportunities for community engagement.

Halewood will continue to support local businesses and initiatives – as the headline sponsor of the British Style Collective, which takes place in Liverpool, and supporting the Liverpool Summer of Love event in its 50th anniversary this year.

Halewood also plans to be putting greater emphasis on the strong provenance of its North West based brands, such as Willow Water and Hawkshead Brewery, in order to strengthen their appeal and drive further growth.

The Aber Falls Distillery will start to come to fruition, and Halewood has plans to launch a visitor centre, tours and distilling classes to engage consumers.

Halewood expects to see consumer interest and growth in premium spirits to continue throughout 2017, so hopefully our spirit brands to remain relevant and popular.

Consumers have developed a keen interest in craft distilling, and Halewood will also be exploring opportunities to allow smaller businesses to access the market through our portfolio offering.

Last but not least, Halewood expects rum and Irish whiskey to grow in popularity this year, and the business is well-placed to take advantage of these trends, through the expansion of the Rum Sixty-Six range and further Irish whiskey distribution in collaboration with West Cork Distillers.

What Is the Financial Impact of Good Branding?