Are Football Transfers Silly Money Compared to Other M&A Markets?

To many casual observers, this Summer’s football transfer window appears to have left the realms of reality. Transfer fees for players have broken records and the total spend in the English Premier League alone stands at an incredible £1.17 billion and with deals still being thrashed out in boardrooms around Europe, that figure is likely […] 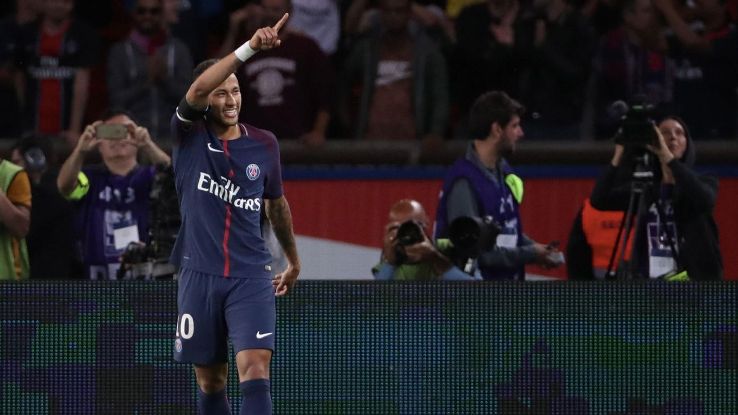 To many casual observers, this Summer’s football transfer window appears to have left the realms of reality. Transfer fees for players have broken records and the total spend in the English Premier League alone stands at an incredible £1.17 billion and with deals still being thrashed out in boardrooms around Europe, that figure is likely to increase.

Even the managers are aghast, with Arsene Wenger deriding the £200 million transfer of Brazillian superstar Neymar Jr to French club Paris St. Germain claiming that the club “cannot justify the investment.” But are the transfer fees actually the ‘crazy money’ that Chelsea manager Antonio Conte has claimed?

As the three-month Summer Transfer Window winds down, it’s easy to look at the figures that clubs seem to be casually throwing around in player transfers and agree with Wenger and Conte, but there is a data to suggest that clubs are actually spending responsibly and well within their means compared to revenue. Despite the fact that Premier League clubs have already broken the record £1.16 billion spent in 2016, the league remains the richest in the world. It has recently begun its new TV deal with Sky and BT which earning the clubs £5.19 billion, and, in addition to this domestic arrangement, TV Deals from overseas will also contribute £1.07 billion a year currently, with contracts already signed to increase these payments from 2019 to as much as £3.2 billion. If you consider from the last full published accounts of all Premier League teams that there was also another £1.74 billion in revenue from merchandise, gate receipts and prize money, the pot of money available becomes larger, allowing for greater investment as it would in any business. The fact is that these figures demonstrate that the £1.17 billion spent in this transfer market does not even reach 20% of the businesses’ yearly revenue. 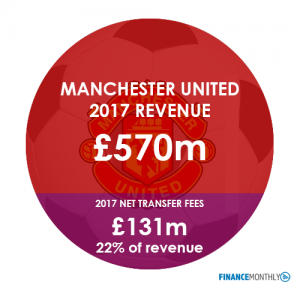 The graphic above shows that Manchester United have invested 22% of their yearly revenue into players this summer, which breaches that 20% threshold clubs like to adhere to, however it’s important to note that the clubs do not view the outlay as a short-term investment.  So a £50 million transfer fee may grab a headline and incite mass hysteria on Twitter, but it will be spread out over the duration of the players contract which in most cases is 4-5 years. In some instances the payments are not just lump sums, but are subject to performance and add-ons dependent on the team’s success, which in turn will bring in increased revenues, sponsorship and ideally prize money meaning that the transfer fee may increase from the outside, but in actuality will constitute a lesser percentage of the clubs revenue for that year.

Many clubs have put in place specific player analysis teams to ensure all transfers are in line with the club’s growth projections and business models. Players are investments, so beyond the obvious on-pitch contribution, clubs have developed models to assist in defining the likelihood of creating a significant return on investment that would make the fee worthwhile.

This is also the case in the world record breaking transfer of Neymar widely derided by press, public and football managers alike. If Paris St. Germain were adhering to the standard and historically accepted 20% of revenue ceiling for player transfers, then Neymar should not have been signed as it exceeds that figure by £50 million. But the analysis predicts that Neymar should add over 6 points to PSG’s season tally, which may be enough to re-capture the league title they ceded to Monaco last year, and increase the chances of further progression in the coveted Champions League. Six points and a good cup run is not all Neymar will be improving. PSG have stated that the signing of Neymar Jr is on a five-year contract with the player spending his peak years both on the pitch and as an advertising and merchandise magnet which is likely to increase the revenue of PSG significantly.  Whether it will be significant to cover the investment over 5 years remains to be seen, but it’s certainly not as outlandish as it first appears.

The reality is that despite the hysteria and whingeing from opposing managers, the majority of clubs are investing in a way that would be perfectly acceptable in other sectors. And although in the future we will undoubtedly see the first billion pound transfer splashed across the headlines, it will only be when the revenue allows.

US Inflation Jumped To 8.6% In May

Digital ID Verification Is Key To The Future Of Payments Privacy: Here’s Why