Is Paypal still the best choice for businesses?

For as long as the world wide web has existed, there have been e-payment systems in place for online shoppers, gamers and benefactors. The first was launched as early as 1994, when the Stanford Federal Credit Union established an online banking platform, though it was overly complicated and often required specialised encryption and data knowledge. […] 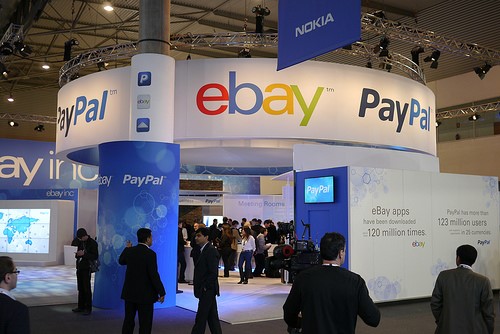 For as long as the world wide web has existed, there have been e-payment systems in place for online shoppers, gamers and benefactors. The first was launched as early as 1994, when the Stanford Federal Credit Union established an online banking platform, though it was overly complicated and often required specialised encryption and data knowledge. Still, this inspired a number of early e-payment market players including Millicent, ECash and CyberCoin, most of which dealt in digital currencies such as tokens rather than traditional money.

It wasn’t until 1998 that one of the world’s current leading, largest online payment systems was launched. Back then, the company was named Confinity and dealt mostly in security software for mobile phones until it merged with online banking company X.com in early 2000. Founded by Elon Musk, X.com was soon renamed PayPal and after gaining a lot of success in just a year was made available to the public in 2002. By July of that same year, popular e-commerce site eBay had agreed to acquire PayPal for $1.5 billion and the majority of the site’s customers soon adopted the payment method.

By 2010, PayPal boasted over 100 million active users across 190 markets using 25 currencies and in June 2016 joined the Fortune 500 for the very first time. Needless to say, PayPal has achieved incredible amounts of success and is held in high-regard by millions of people around the world. That said, there are also other online payment systems that are slowly catching up to the crowned online currency method in 2017.

One such system is Neteller, an e-money/e-wallet service established in 1999. Like PayPal, Neteller is available in 202 countries around the world. However, it does offer two more currencies than the reigning payment method. Another competitor is Skrill, formerly known as Moneybookers, which was launched in 2001 and focuses mostly on lot-cost money transfers. Though Neteller and Paypal offer 26 and 24 different currencies respectively, Skrill offers a whopping 40 currencies, as well as numerous deposit options. So, why is PayPal seemingly so much more popular?

While PayPal focused on e-commerce in the early 2000s, Neteller was far more preoccupied with the blossoming online casino industry. The company began processing iGaming funds in July 2000 and was soon dealing with 80% of the world’s online casino merchants, which contributed to 95% of the firm’s total revenue. To this day, Neteller can be used at a number of iGaming sites from dedicated bingo providers to more diverse online casinos such as Mr Smith Casino. This particular casino also offers a deposit and withdrawal option through Neteller’s biggest competitor, Skrill, though this company has walked a slightly different path.

In February 2010, Moneybookers was ranked as the fastest-growing private equity backed firm in the UK by The Sunday Times, having been bought and sold three times over its short life. By 2011, the company had over 25 million active users and had been integrated into numerous sites including Facebook, Skype and even eBay. In this same year, Moneybookers changed their name to Skrill but it wasn’t until 2014 when the New Jersey Division of Gaming Enforcement (NUDGE) acquired the company and transformed it into a internet gambling e-wallet.

Strangely enough, it is Skrill that is currently giving PayPal the most run for its money with a number of experts stating that all Internet users should actually have accounts with both payment systems. Others suggest that Skrill is more appropriate for business owners with high turnover rates as it will save them money due to cheaper transactions fees. However, whether either Skrill or Neteller will ever overtake PayPal remains to be seen, we’ll just have to see how the companies continue over the coming years.